What “Freedom Over Fear” Actually Means

Over the past week, we’ve had some embarrassing public demonstrations.

In Ohio, Michigan, Minnesota and several other locations all across the country, scruffy-looking libertarians  gathered in big crowds to defy the COVID-19 lockdown and stay-at-home orders. They wore MAGA hats and clothing decked out in American flags. They waved American flags and Gadsen flags and flags of the Confederacy, the enemy of the United States that killed 360,222 brave Union soldiers before surrendering to us. They carried signs that said “FREEDOM OVER FEAR,” “SOCIAL DISTANCING = COMMUNISM,” and my personal favorite, “I NEED A HAIRCUT.” They blocked streets, greatly inconveniencing essential workers and even stopping the passage of a few ambulances. They shouted into windows. They plastered themselves against the statehouse in my own hometown of Columbus, looking like a still from a Zombie film yet somehow worse. Zombies don’t have consciousness and just shamble around. These were humans with free will, acting this way on purpose.

When people objected to their tantrum on social media, inevitably somebody with a profile picture of a flag or a bald eagle would appear in the comments and say “Freedom over fear, coward.”

“Freedom over fear, coward” is kind of like saying “Fifteen minutes could save you fifteen per cent or more on car insurance.”  It’s a comforting, satisfying, mouth-filling thing to say, but if you look closely at it it doesn’t actually have any obvious meaning in itself. Freedom from what? Fear of what? Fifteen per cent of what? What, exactly, do you mean by “could save?”

It’s one of those phrases that changes its meaning entirely based on context.

It seems that the libertarians think that “freedom over fear” means that their freedom to do as they please, getting haircuts and going to restaurants and opening non-essential businesses and what have you, is what they are choosing for themselves instead of being afraid of the coronavirus, and they want the government to approve of that.

Now, I’d like to make it quite clear that I also want the to be done with the lockdown. I’m desperate for an end to the stay-at-home order. I want non-essential businesses to open again. Yes, I’m a homebody who lives as if I’m on lockdown most of the time, but my daughter is not; she misses her martial arts classes, her art lesson and her Bible club. I miss being able to do the weekly shopping without it seeming like I’m walking into a war zone. I miss the library. I want the pool to open on time this summer. I need to go to the optometrist and get new glasses, because these old ones aren’t working any more and they make me feel cross-eyed. I desperately miss the Eucharist and that cute little Adoration chapel downtown. I want this to be over. If we can find ways to open businesses and churches safely, keeping them sanitary and still respecting social distancing until the Coronavirus pandemic is over, I will be there with bells on. The sooner, the better.  I cheered when Governor DeWine said that’s what he was trying to do. I can’t wait.

But I’m not willing that other people should die, so that I can can have the convenient life that I want. That’s certainly not ethical and it’s not pro-life; it’s the most selfish thing I can imagine. And what’s more, from a strictly utilitarian perspective, I don’t believe it’s practical either. Putting my seventy-year-old pastor and the dear women at the library checkout desk and the people who clean the pool and the mall at risk of catching a deadly respiratory virus will make it HARDER to keep those places open. It will make it LESS likely, in the long run, that I can go to Mass. Less likely that I can get library books or use the printer. Less likely that I can enjoy a walk in the mall when it’s rainy and a dip in the pool when it’s hot. Opening up businesses and houses of worship in a reckless way, without planning how we can make them safe and without taking our time to watch for any new Coronavirus outbreaks, will make it take a much longer time to get back to normal.

And I want life to get back to normal.

In theory, if every human being in this country could just hold still at a distance and not touch anyone for fourteen days, COVID-19 would die off and we’d all be safe to go back to work. Since that’s impossible, we’ve had to observe strict social distancing and stay-at-home orders in order to mitigate the spread of the virus and get this over with with as few deaths as possible. Even with all our best efforts, because we were in denial for too long and because of other factors beyond my control, we’ve lost well over forty thousand people and the national numbers of sick and dead don’t seem to have peaked yet. This is a tragedy, but it’s better than it could have been. And it’s taken several weeks of our lives. If we all maintain social distance very carefully, it will take a few weeks more before it’s over.

Or, at least, it would have taken a few weeks more.

Now, thanks to those crowded protests all over the country where people were not social distancing or doing anything to keep sanitary, the infection and death rates are probably going to spike again. We’re likely to see more deaths, more chaos, and a far longer time before the lockdown can end and we can go back to normal. I don’t think it’s at all likely the pool can open for the summer now. I don’t know when Rosie can next have martial arts lessons in person instead of over Zoom. I don’t know when I’m going to get these stupid glasses fixed. It’s less and less likely that I’ll be able to go to Church for a long time.

“Freedom over fear,” in this case, meant “my freedom to do as I please is more important than your fear of being killed or forced to suffer for much longer.”

“Freedom over fear” is about as noble and courageous as a drunk teenager doing doughnuts at a crowded intersection in a borrowed car.

It’s not brave, it’s just selfish. And what’s more, it’s getting us the opposite of freedom. Responsible people and libertarians alike are going to suffer even more, because libertarians couldn’t sit at home. 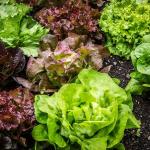 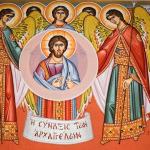 April 21, 2020 I Think They Are Guardian Angels
Recent Comments
0 | Leave a Comment
Browse Our Archives
get the latest from
Steel Magnificat
Sign up for our newsletter
POPULAR AT PATHEOS Catholic
1