Abuse, Apologetics, and the Heart of Christ

Abuse, Apologetics, and the Heart of Christ June 17, 2020 Mary Pezzulo 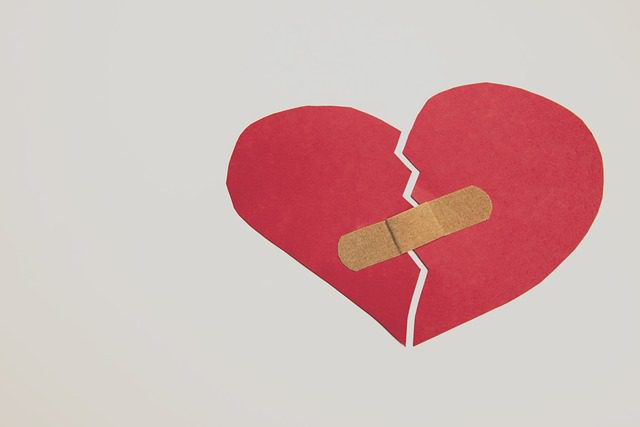 You can read about the situation here.

I don’t believe that Dave Armstrong meant to sexually harass her. He did sexually harass her: that’s what it is when a man asks a co-worker about her sex life,  and particularly when an old man asks his very young female colleague, who has spoken openly about being a victim of sexual abuse before, questions about her sex life. Marie volunteered that she was bisexual, but that does not give anyone permission to ask her to tell them anything she didn’t choose to say about that. But I think Dave wasn’t thinking about how his question sounded at all. I think he was just asking her a question to get a quote for one of his famous gotcha “dialogues” on his blog. He wanted a lay figure to argue with and make a point.

He’s famous for this; he’s done it to me, calling me an asinine nickname and going on for thousands of words at a time (though he didn’t sexually harass me). He even went after me for hours on Facebook once, because I had used the word “apostolate” in a blog post and he randomly decided I was teasing him, and that wounded his dignity so he had to win an “argument” with me we weren’t having.  He’s done it to a lot of my friends, and he has asinine nicknames for all of them. He does it to everyone. He never thinks about whether he hurts people, he just wants to get his public apologetics back-and-forth so he can look like he won.

Dave has apologized, something I’ve never known him to do before, and taken down his question, and Marie has responded, and I hope he learned his lesson, and I guess that’s that. But I keep thinking about the exchange.

It was on my mind today, when I found out that a prominent couple in Catholic homeschooling circles was leaving the Church.

I don’t know the Quigley family personally. Apparently they are the creators of the Mater Amabilis homeschooling curriculum. The Catholic homeschoolers I know were expressing shock about them on Twitter, and they made an announcement that’s been shared all over. That’s why I’m talking about this publicly, because they announced it publicly and everyone’s already talking, otherwise I wouldn’t think it was appropriate to comment. Mr. Quigley explained that his wife and he are fed up with all the cruelty, coldness, hatred of the poor and tolerance of abuse they’ve witnessed in their Latin Mass Catholic community. It’s made them doubt the efficacy of the sacraments to see so many people who receive the sacraments regularly behave so horribly. For that reason, they’re stepping back from practicing Catholicism, and they don’t know what their new religion will be.

There are over 500 comments on that announcement, and a lot of them are cruel and tone-deaf in the extreme. They are just what you’d think they were: angry people trying to triumph in an argument. People trying to throw syllogisms at a couple who sound heartbroken and probably need some compassion and listening right now. People ranting about Our Lady of Fatima. Everyone wanted to look right. Everyone wanted to win. Everyone wanted to have that perfect answer that would shame and manipulate a family back into the Catholic Church. They weren’t kind. They didn’t listen. They didn’t seem to be thinking at all; they were just spitting triumphant answers at people who were obviously feeling vulnerable and hurt.

And I know just where these people got their answers. I was catechized the same way. I went to those awful Regnum Christi meetings and was taught nice canned memorized answers to give to Protestants and other unbelievers. Mrs. H, the youth leader, used to take great relish in telling us how angry our answers would make the unbelievers, because we were showing them the truth, and they didn’t want to see the truth. I started reading Envoy magazine and memorizing the dialogues that were sometimes published in there, so I could make unbelievers who didn’t like the truth angry. That’s what passes for a religious education, for lots of people.

I’ve mentioned that apologetics, having a nice crisp argument on the tip of your tongue to shame and win over anyone with doubts certain Catholic teachings,  never really did anything for me; it was compassion from other Catholics that convinced me there was anything true about Catholicism.

I’m going to go a bit further now. I am convinced that apologetics as it’s practiced in popular Catholic culture is wrong. It’s spiritually abusive.

Maybe it wasn’t at one point. I’m given to understand that a generation or two ago, people who practiced Catholic apologetics were just trying to write clear and logical explanations for why we believe what we do. They were trying to show that our beliefs aren’t illogical or stupid. But somewhere along the line, this birthed a  harmful and abusive way of thinking. In American Catholicism right now, we’ve got a whole crop of nasty, triumphalist showoff Catholic celebrities who are teaching the faithful that Catholicism has something to do with being a nasty, triumphalist showoff. And people are taking that lesson to heart. They feel that they’re supposed to ask just the right question to get a planned answer so they can slap that person down with a refutation and that’s that. They feel they’re supposed to look at someone expressing doubt, or full blown unbelief, any other experience for that matter, not as a child of God but as an enemy.

Catholic apologists are not training people to know our beautiful faith and joyfully express its beauty to others. They’re training people to look at human beings, not as children of God to be loved, but as sinners that we get to embarrass and anger with a gotcha argument. And people are lapping up those lessons and using them to hurt people.

God is not a syllogism. God is Kindness, Mercy and Love. Human beings are not the enemy. They’re children of God. Christ is the Way, the Truth and the Life, and you will never get the Truth through to people if you first accept the lie that they are enemies instead of children of God. You can share the beauty of the Truth, only by living the Truth. The Truth is perfect Charity.

Am I perfectly charitable? No. I’m the worst possible example. I’m prideful, I have a nasty temper, I hurt people, I’ve said a lot of cruel things I regret– including to my Patheos colleagues, for that matter. You know who you are, and I am sorry. I really am. I wish I had been the person Christ called me to be.

But that doesn’t mean that I don’t know abuse when I see it, and our current culture of Catholic apologetics is abusive. It’s brutal, and it’s cruel: brutality is not caring whether you hurt someone and plowing ahead with what you’re determined to do anyway, like Dave did, and cruelty is deliberately hurting someone and liking it like Mrs. H and the people in that comment thread did. Popular apologetics does both of these. It teaches people to hurt one another without meaning to, to like it, and to call the hurt a triumph over an enemy.

When someone comes to you, bearing their shattered heart on a plate, obviously in agony, telling you they’re leaving the Faith because of the cold and cruel example of all the Catholics they know, I don’t think it’s too much to ask that everyone be gentle with them. When someone makes a statement, pasting their wounded heart to their sleeve and telling you how they really feel, even if you don’t think you can agree with everything they say, you’d sure better think about what you say and you’d better not cause another wound to that heart.
Because, in the end, there’s only ever one Heart.
For the Christian, there’s only one Heart, and that’s the Heart of Christ which we celebrate in the month of June. Christ, when He was lifted up from the Earth, drew all people to Himself. If you deliberately wound somebody, or don’t care if you wound somebody so as long as you win, you’re only wounding Christ. 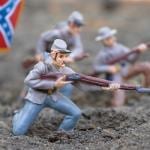 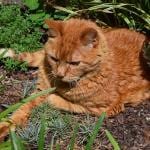 June 20, 2020 Frater Memento Mori
Recent Comments
0 | Leave a Comment
Browse Our Archives
get the latest from
Steel Magnificat
Sign up for our newsletter
POPULAR AT PATHEOS Catholic
1