Art, Racism, and the Problem of White Jesus 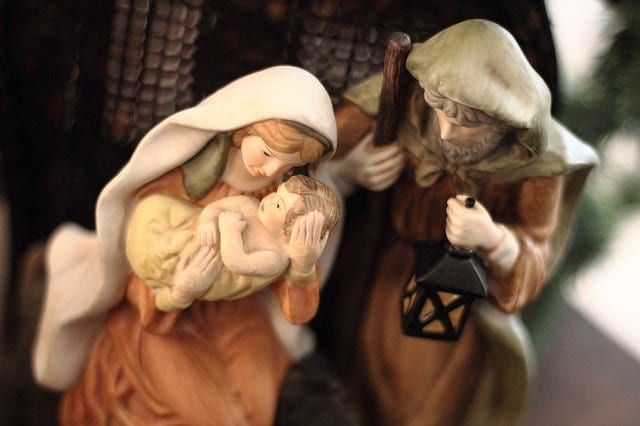 I want to say a few more words about all the destruction and removal of municipal statues that we’re seeing in the news lately– especially since talk has now turned to religious art.

First of all, art is important. Art is very, very important. Art is language. The fine arts are how we humans communicate, understand, heal, accuse, confess. Art is informed by culture but it also informs and moves cultures. It’s hard to place too much importance on the arts.

Here’s the thing, though. Art is not more important than people.

Usually you don’t have to choose between art and people, but just in case.

Also, most municipal bronze and plaster displays aren’t really fine art. Some are. Most are about as artistically valuable, creative and beautiful as billboards, and they serve roughly the same purpose: propaganda. Advertising. It’s a kind of commercial. A giant photo of a fast food hamburger is supposed to make you buy one, and a bronze cast of Jefferson Davis is supposed to make you think that Jefferson Davis is someone worthy of being a subject of bronze casts. They are messing with your mind. A certain amount of mind-messing is part of life, and grown-ups learn to get their information from reliable sources instead of commercials. But we all, at one point or another, form our thinking based on commercials. We all end up buying that hamburger or something equally unhealthy, at one point or another. Commercials are powerful things.

Some religious art is also a commercial. Far from all of it is. Icons are not just art but religious objects and sacred. Lots of Western religious art that is used like an icon, statues and paintings and church architecture– these are sacred too. Even the cheap plaster statues that decorate parochial churches are sacred, not because of their artistic value, which is often awful, but because of the purpose they’re used for. But some art that depicts a subject in Christianity is a commercial. Think of a Pure Flix film. Think of the illustrations in a tract, or even a catechism. Think of a painting of Jesus that some preacher waves at people he wants to shame and humiliate.

If a society decides to do away with some commercials they deem hurtful and dangerous, they can do that and they probably should. That’s not “erasing history” or “mind control” or “being politically correct,” any more than it’s mind control to order television stations not to air a commercial that makes you want to eat a poisoned hamburger. It’s part of keeping the public safe, even if it doesn’t look like it to you. And a church can do it as well– they can take a feast day off the calendar or discourage a private devotion.

Now, with all of that said: it is normal and actually good, that people throughout the centuries have made devotional art of Jesus and Mary, that depicts Jesus and Mary looking like the artist does, or like they belong in the artist’s culture. Jesus came to make His dwelling among us. He did this historically two thousand years ago in ancient Palestine, but He also does this in everyone’s life, through the miracle of the Incarnation. He takes everyone’s experiences, our stories, our joys and sufferings, to Heaven with Him and makes them a Godly thing. That’s Christianity. And it’s wonderful. Christ is incarnate in Ireland, and in the Arctic Circle, and in China, and in Sudan, and in the Amazon rainforest, because people are there. Our human experience is our path to Heaven and part of the Life of Christ.

So it’s great that people from Northern Europe decorate their churches with white Jesus and Mary, and people who came from those cultures brought those images to America as immigrants. It’s fine that my Irish granny has an Our Lady of Grace statue in her kitchen, and Our Lady’s skin is so pale it looks like she came from Waterford on the same boat my ancestors rode. It’s fantastic that Japanese Catholics depict Jesus and Mary looking Japanese and wearing traditional Japanese clothes. It’s beautiful to see a Native American icon of the Holy Trinity, and it’s super that Amazonian people portray the Virgin Mary with their own skin and hair coloring, in clothing that’s normal for them but that Europeans and North Americans would consider immodest.

People who make those images are telling a wonderful truth about our Faith, whether they know that’s what they’re doing or not. They’re making art about the Incarnation.

People are also guilty of using that art as a commercial, and sometimes those commercials are for atrocities.

This happens all the time as well. A conquering race comes to a country and sets up shop, not to share the joy of Christianity with the people they meet there but to hurt and use them for profit and use Christ as an excuse. This is blasphemy of the worst kind. And they can use their iconography of the Jesus and Mary that look like them, as a commercial.

This is blasphemy and gravely sinful. Cultures are made up of people, who are created in the image and likeness of God and who are also sinners. No culture perfectly embodies the teachings of Christ, and no culture is purely sinful either. Christianity can be lived in anybody’s culture with about equal difficulty– a Bedouin as much as a Massai as much as an Italian housewife, they’re all going to have to turn from sin and pursue virtue. They don’t have to become European to do it. We are all created in the image and likeness of God, and we are all sinners. Our cultures are all bound up in the sin and weakness of fallen humanity but they are also all important, valuable and holy because they’re where God comes to dwell with us.

I have seen two very serious errors this week, which stem from a misunderstanding of why Christians make art. The first, which I only saw one influential person demanding, was that we ought to destroy all images of a white Jesus and Mary, because they’re necessarily imperialist and racist. And this isn’t true. They’re a natural thing for a person who is white to make as part of their religious practice. And as such, they’re harmless and beneficial. When they’re used as commercials to assist in the genocide of someone else’s culture, that’s a blasphemy that inflicts a severe trauma, so I’m sure I can understand why people who aren’t white should resent white images of Christ and Mary. I empathize with people who never want to see a white Jesus and Mary again. I would love to see churches and homes all over the world crammed with images portraying Jesus and Mary in all different cultures and races.  But the white images themselves come from something good.

The other error, is white people claiming that images of Jesus and Mary from other cultures are somehow wrong, silly, ignorant, anti-Christian, “rewriting history” or “politically correct.” Those images are sacred and important. It doesn’t matter that “Jesus wasn’t African,” as I saw somebody complaining. First of all because Jesus’s coloring when He became incarnate in ancient Palestine was probably much closer to an African person’s than to a white person’s. But also, because Jesus became incarnate for and with all the people in all the different cultures and races of Africa, just as He did for and with other races of people. And He identifies with victims of violence and persecution most of all, making a dark-skinned Jesus with deliberately strong African features a very important icon for our times.

Art rises out of people’s cultures and experience, and so does religious art. This is very good. Art used as a commercial is silly, and a commercial for genocide is blasphemy. Assuming that other people’s art is a commercial and therefore bad, is terrible as well.

Christ is incarnate among us. That’s something we should all be allowed to have. 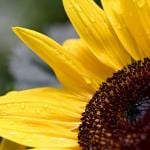 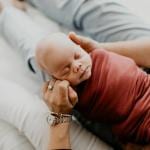 June 25, 2020 My Response to Abby Johnson's Shocking Racist Manifesto
Recent Comments
0 | Leave a Comment
"It has to do with helping those children being honest about who they are. the ..."
ken The Rainbow Didn’t Come From Outside
"The closing sentences are very powerful and insightful. Thank you.The church with all of its ..."
alwayspuzzled Drop Dew, Ye Heavens
"Just discrimination would be like not letting me try out for certain sports even if ..."
Thomas R The Rainbow and the Dewfall
"Deconversion, ideally."
LastManOnEarth The Rainbow Didn’t Come From Outside
Browse Our Archives
Related posts from Steel Magnificat