George Floyd and the American Apocalypse 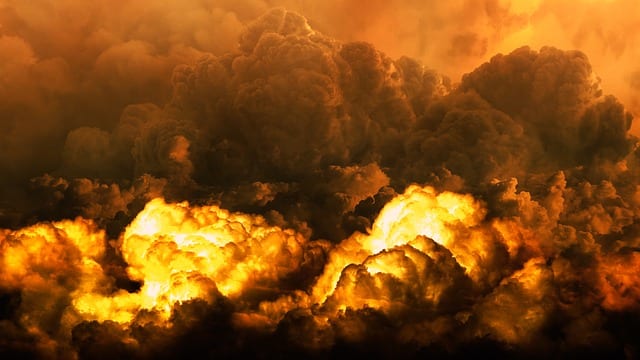 A friend on social media reminded me that the word “apocalypse” is Greek for “revelation.”

That’s what an apocalypse is. Usually, in practice, when you say “apocalypse” you mean “world-ending disaster.” But really, it only means “revelation.” An apocalypse is a lifting of the veil, a dropping of the mask, a making known of something that you couldn’t have known before.

I think most people go through an apocalypse or two in their lives; I’ve been through one. When I was a little girl I was raised to believe certain things: that the police are heroes who help people and only hurt the bad guys.  That racism used to exist in America but only in the South, and only until about 1970, and now that’s over. That America was the best place to live in the world, and the only place where everyone is truly free. That misfortune is usually the unfortunate person’s fault because life is generally just and people wind up with the life they work for. And then I had some medical and financial disasters that all happened at once, and ended up knowing people I wouldn’t have known otherwise, and began to look around me for the first time and discover how much of what I had been taught was cheery lies that only look true if you come from a very privileged class, usually only if you’re white. I had an apocalypse. And then I knew things I hadn’t known before.

The United States is going through an apocalypse right now.

We all watched in horror as Officer Derek Chauvin, who was field training Officers Tou Thao, Thomas Lane and J. Alexander Kueng, knelt on Mr. George Floyd’s neck for more than eight minutes. We heard George Floyd moaning for mercy and calling out for his mother. We watched him die. We learned that Officer Chauvin had a shocking history of violent behavior that should have gotten him fired and prosecuted years ago, but he wasn’t. We recoiled in shock when the official medical examiner’s report mush-mouthed about health problems, and weren’t surprised when the independent autopsy revealed what we all knew: Mr. Floyd had been asphyxiated.

I am reminded of Christ crucified. Crucifixion victims also usually died by slow asphyxiation, because the position of the arms and legs makes it exhausting to draw a breath.

Quite a few people who watched Mr. Floyd asphyxiating still believed that police are heroes who want to protect us from bad guys. So they immediately decided that Floyd must be a bad guy. He must be guilty of deliberately passing that counterfeit twenty. The counterfeit twenty must point to a lifetime of evildoing, since twenty dollars in itself shouldn’t carry a death sentence. Floyd must have been a bad guy. Otherwise, the police wouldn’t have killed him, because we believe the police only kill bad guys.

I’m reminded again of Christ. Christ was killed for thirty pieces of silver, which doesn’t seem like enough. When Christ was dying on the cross He was surrounded by hecklers who said “He saved others, let Him save Himself.” The fact that Christ was dying there, helpless, was evidence to them that Christ had lied about Who He was, that Christ really was a blasphemer–a bad guy. The Romans must have been justified in this lynching, or it wouldn’t have happened.

George Floyd wasn’t Christ, except insofar as every human being is a little christ for us to honor and serve. But the parallels keep presenting themselves to me.

We who didn’t know, were given the opportunity to see something we hadn’t seen before. And what happened next? People who knew because they had seen this a thousand times before got angry. I can’t blame them. There was an enormous riot. We’re still sorting out the pieces of that riot. It seems there were a lot of people involved that weren’t members of the Black community who were overwhelmed with anger at a centuries-long pattern of grotesque injustice. There were plenty of people there who just wanted to make trouble for various reasons. But in any case, there was a riot, there was looting, the precinct was burned down, and we had an opportunity to learn about a whole world of terror  that existed right here among us, that we had ignored before.

But of course, we could choose to ignore that and say that it was just evidence the police were right to asphyxiate Black men suspected of passing counterfeit bills. In a way, it’s more comfortable to say that. We’d do anything to return to a normal, safe-feeling world where we don’t have to think about what our country has done and keeps doing to people who don’t look a certain way. This new world of Revelation isn’t comfortable. It’s terrifying. We want to close our eyes. It must be Black people’s fault. It must be Antifa’s fault. This must all be a conspiracy. It’s anybody’s fault but the fault of our country and our culture, the nice convenient one we thought was real. We’d like to have that culture back now. It felt good.

And now there are protests, largely peaceful but also with rioting in some places, all across the country in all fifty states. There are even demonstrations demanding justice in Europe and Australia. But here in the United States, we keep seeing horrific violence against protesters whether these protesters are violent or not. We’re forced to see this over and over again. We see police pepper spraying nonviolent demonstrators with their hands up, or walking away, or trying to obey the policeman’s orders. We see police arresting peaceful protesters, beating them, trying to break up nonviolent rallies with tear gas. We see police committing violence against reporters. We see police targeting medics and destroying medic stations at the protests– and may I remind you, targeting medics is a war crime.

If you’re not convinced, here’s an extremely long thread on Twitter, documenting every video of horrific police violence against protesters that they can find in the past week and a half of protests. Sure, you can say that those videos are taken out of context and this is all a partisan conspiracy. But there are over two hundred incidents recorded there, and many of the incidents were recorded on different cameras from different angles. After awhile, it becomes ludicrous to deny that something is terribly wrong.

But our country is having a revelation. Things are being revealed that some of us knew very well, but that the rest of us couldn’t see.  Veils and masks are being pulled off. We all have an opportunity to see what we didn’t see before.

I know it seems like the end of the world, but it’s only an apocalypse. It’s a revelation that world we think is ending didn’t really exist.

What you do with that revelation is up to you.

June 6, 2020 If You Cannot See Christ in This Dead Child...
Recent Comments
0 | Leave a Comment
"Holy cow. I think if I had a billion dollars, after I visited Wales and ..."
Todd Flowerday The Prettiest House on the Block
""Can we talk about dress code?" How often I've heard this on a liturgy committee. ..."
Todd Flowerday The Tale of the Monsignor and ..."
"Exactly. Many people who have been College Broke confuse it with poverty."
Mary Why Don’t The Poor Cook From ..."
"also, it makes all the difference in the world if you have middle class parents ..."
MoniLontra Why Don’t The Poor Cook From ..."
Browse Our Archives
get the latest from
Steel Magnificat
Sign up for our newsletter
POPULAR AT PATHEOS Catholic
1

Render Unto to Ceasar ... What...
Public Catholic
Related posts from Steel Magnificat