The Price of Ordinary 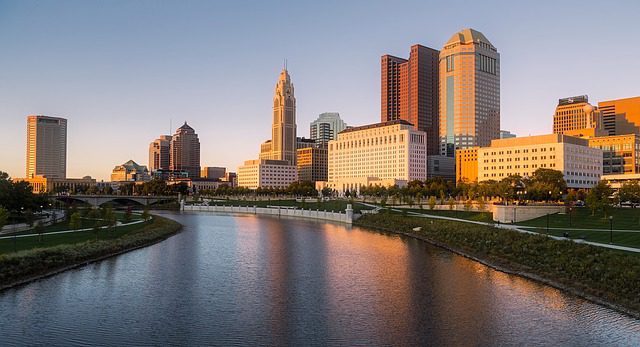 Columbus, Ohio, is an ordinary place.

I’m not using “ordinary” as a pejorative there; I’m just stating a fact. The population of Columbus is so demographically dead average that I’m told corporations regularly test new products in Columbus, to get an idea of how the entire rest of the United States will react.

When I grew up in Columbus wanted an adventure out of a fairy story, but what I got was Leave it to Beaver. My family wasn’t very ordinary, but we lived in an ordinary neighborhood, on a picturesque residential street where everyone  had a pretty garden in the front yard. We were two blocks from the Whetstone branch library, with a big abstract metal sculpture outside of it that I didn’t know was supposed to be a giant book with fluttering pages. Behind the public library was a playground. A few blocks down was a medium-priced grocery store with no liquor, because that was a “dry street” where liquor stores were illegal. A few blocks up the other way was an expensive grocery store with imported European treats and a generous liquor section, because that was right on the other side of the border of the “dry” neighborhood. We bought our groceries from the medium store most of the time, and the expensive store on special occasions. We went to the library more than once a week and went to the park afterwards when it was nice outside. Everyone who lived in the neighborhood was white, everyone was middle class or richer.

The worst crime that ever happened on our street, when I was a child, was that somebody spray painted a nonsense word on our fence one night. I got a notebook and pencil and skulked around the yard like Harriet the Spy for days, trying to figure out who did it, but I never did.

That was my part of Columbus.

There were other parts of Columbus that weren’t like mine, and I knew it. There were districts far more wealthy and luxurious than my neighborhood. There was the Short North, the artsy district which made my very conservative mother nervous. There was the Ohio State University Campus, which was crowded and diverse and more than a little frightening to a shy girl. There were neighborhoods where immigrants lived and I never went there. There were neighborhoods where Black people lived and those were usually poorer than the white ones. I could never understand why that was, because no one had taught me about red-lining and the generational poverty it produced. There was downtown, where the Catholic church with the communion rail and all the Dominican priests was. We went to that church instead of the one in our neighborhood because we were the Right Kind of Catholics, though it meant travelling into a neighborhood that was a bit “sketchy.” There was always a police officer outside that church during Mass, a smiling man who called himself “policeman Bill.” Policeman Bill’s job was to make sure that the wrong people, the people who actually lived in that part of downtown, never went into the church. Sometimes they did– sometimes panhandlers would wander in during choir practice, and have to be shown out.

This counts as ordinary, as medium-sized American cities go. This is ordinary as can be, ordinary enough to be the background city in a sitcom. There’s nothing strange about it.

I have missed being in Columbus. I haven’t been “home” for thirteen years.

Over the past two weeks, I’ve watched the protests taking place in my hometown with shock. The first night or two there was rioting, as there has been in every part of this country.  I don’t condone the rioting. But I didn’t see very much rioting compared with other places, and it quickly settled down into much more peaceful protesting with acts of civil disobedience that didn’t hurt anyone. But everywhere I looked I saw the police escalating it or trying to start violence rather than calming things down. I saw a police officer carefully protected by riot gear, punching and then pepper spraying an unarmed and unmasked protester who verbally heckled him. I saw the police pepper spray reporters and peaceful protesters sitting or standing in the street with their hands up– or even peacefully walking away. There were clouds of tear gas. There were beatings. A college student attending a rally died— allegedly killed by the tear gas. My friend came home from the rallies with stories of police cornering protesters and torturing them with wooden bullets.

They even maced a Congresswoman.

The city enacted a ten o’clock curfew every night “until further notice.” A friend from Columbus told me they even shot tear gas and rubber bullets at people sitting on their own porches. You had to be locked up indoors or you’d be hurt. There were helicopters flying low above the quiet residential neighborhoods; they called in the National Guard. Ohio doesn’t have a very good history with peaceful protesters and the National Guard.  And even though the curfew was at ten, the police insisted on locking down all the roads into downtown at six, blocking them off with snow plows, asking for identification at checkpoints.

I tried to understand how the friendly policemen in a boring, ordinary city could have a week’s worth of tear gas and rubber and wood bullets just lying around the precinct in case of a circumstance like this. I tried to wrap my mind around this level of reaction to a protest against racism, not to the rioters making trouble but to college students holding signs. I found out that an entire third of Columbus’s budget goes to “public safety,” well over 600 million to the police last year, while the public schools can’t even afford air conditioning.  The charts and graphs make the police’s budget look like a tumor sucking the city’s coffers dry. I discovered that the United States Department of Justice recently found that Columbus police are engaged in excessive force, false arrests, and improper searches and seizures. And Black people seem to be victims of their violence at a shockingly disproportionate rate.

I hadn’t known any of that when I grew up, in a picturesque residential neighborhood where nothing ever happened, going to church under the watchful eye of Policeman Bill. I ought to have known. It was all around me if only I’d seen. But I didn’t.

The price of that perfect veneer of ordinariness was a heavily funded violent police force, slapping down anyone who misbehaved so the people of means never noticed anything out of the ordinary, hoarding gear for an eventual war against the civilian population if the ordinary was questioned. I had longed to have an adventure like something out of one of my speculative fiction books, and all the while I’d lived on the planet Camazotz.

The price of ordinary for a certain percentage of the population, was terror for everyone else.

I think that’s also an average, ordinary way to run an American city– terror for many so that a few can pretend terror doesn’t exist.

I watched the protest marches, growing instead of shrinking in size as the days wore on. They’re even marching in the pleasant upper-class neighborhoods now. I saw a crowd of protesters with Black Lives Matter picket signs, at the corner by the medium-priced grocery store I’d been to a hundred times. I saw crowds of police cars lying in wait by that public library. But the violence somehow tapered off as the crowds grew. Maybe this was because they were protesting in the well-to-do neighborhoods where the police were afraid to be violent. Maybe it was because the National Guard was actually keeping the police in check.

I saw a video of a sweet-looking elderly woman coming out on her porch to cheer the protesters a night or two ago, and they cheered back.

Last night’s protest moved me the most. This was the night after curfew was finally lifted, in response to a lawsuit. There were thousands of people there. A tight, well-organized line of white protesters carrying rectangular shields surrounding the crowd, blocking the intersections; I saw them thumping the street rhythmically with their shields as they prepared to march and watched them walking shoulder to shoulder. Black protesters were on the inside of the barrier of shields, making speeches into megaphones, protected at least a little from police violence.

But that night, I didn’t see any violence.

But they didn’t attack. They let them through.

“Have a safe night,” said one of them to his reflection, as the enormous parade of demonstrators went by.

They made it all the way across downtown.

I don’t know what’s going to happen tonight, or tomorrow night, or any night after that.

But whatever happens, I pray: Columbus, never be ordinary again. 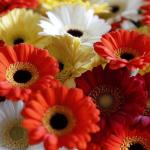 Christ In Many Forms
At the transfiguration, Jesus was not changed, but rather, Peter, James, and...
view all Catholic blogs
What Are Your Thoughts?leave a comment
Copyright 2008-2021, Patheos. All rights reserved.
error: Content is protected !!