Christians Must Not Seek Power 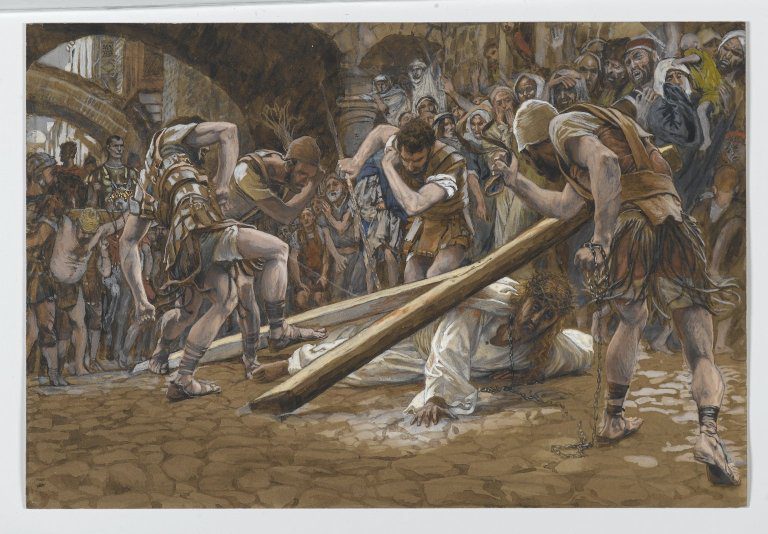 Today I read an excellent article in the New York Times. You’d be well served to read it yourself. It’s called “Christianity Will Have Power,” a line taken from a speech Donald Trump gave in 2016. The article is an in depth look at the culture of Evangelical Christians in Sioux Falls, Iowa, who have embraced the president as a protector. They seem to feel that their whole culture is in danger, and Trump makes them feel safe. Having a bully on their side to persecute others for them makes them feel safe. Power makes them feel secure, safe to practice their Christianity.

Many comparisons are being made to the temptation of Christ in Matthew, where the devil promises Christ earthly power and He categorically refuses.

I’m not Evangelical, I’m Catholic. And my feelings about Trump are a matter of record at this point, so I don’t want to get into that. I just want to talk about this dangerous, toxic notion, that Christians should seek to have earthly power and clout– that we should want to throw our weight around, that we should try and feel safe to lord it over others.

Every time Christians have had power, we’ve forgotten to imitate Christ. Instead, we’ve declared we have no king but Caesar and done the work of the spirit of the world.

Powerful people don’t live the Gospel, except to play the role of Pilate and the Roman soldiers.

Powerful people murder, torture and destroy. Powerful people burned Joan of Arc to death. Powerful people locked John of the Cross in a closet. The powerful murdered countless Jews and other non-Christians, as well as Christians who didn’t look and act like they did. The powerful ripped Native American children from their mothers’ arms and took them away to have their culture and heritage tortured out of them. Powerful people bought and sold human beings, raped them, and got rich off of their labor. Powerful people took part in lynching their neighbors and said it was for safety. They excused all this in the name of Christianity. We can easily commit atrocities just as bad, if we seek power instead of Christ. It happens all the time.

To this day, powerful people commit sexual abuse, blame the victims, and cover it up. The horrific abuse scandal we deal with today is the work of priests in power over children, protected by bishops who lord it over everybody.

Seeking power makes us into monsters.

When we cease to be powerful, we stand a chance at imitating Christ, the meek and humble of Heart.

When Christians are in danger, in persecution, in poverty, in the Long Dark Night, down on our knees in the dust of the earth, we might look around and notice Christ down here with us, and serve Him.

When that happens, we can start living the Gospel.

And in any place on the journey that we see someone struggling under their cross, we should shoulder their cross as our own. You shoulder mine and I shoulder yours. The one whose cross is light shoulders the heavy cross of his neighbor. The wealthy Christians who go downtown to the “bad” neighborhood to attend the Latin Mass at the historic old church, must carry the cross of the poor people who live downtown until there is no longer bad poor neighborhood distinct from the good rich one. The Christians who happen to be of a race that affords them privilege, must carry the cross of their brothers and sisters of different races, bearing whatever persecution comes from that, using our privilege to elevate and protect them, until no one is marginalized for their race anymore. We free the slave even if Caesar imprisons or enslaves us for doing that. We feed the hungry even if Caesar tells us we mustn’t, and even if it makes us hungry. We comfort the struggling even though that means we will struggle.

And in the end, we will discover that there was only ever one cross, and we were one body in Christ.

The spirit of the world will try to convince you that what Christians need is power. But as you embrace power, you turn away from the cross. In doing so, you turn away from Christ. No, no one can take the Seal of Baptism away from you. But as far as your actions go, you’ll cease being Christian and have no king but Caesar.

This is a very, very hard saying and it’s difficult for me to accept, but I believe it anyway. Christians ought not to seek power.

Those who seek power have no king but Caesar.

Those Christians in Iowa have made their choice. I am going to make a different one.

And I hope you do too.

August 10, 2020 To Bow and to Bend
Recent Comments
0 | Leave a Comment
Browse Our Archives
get the latest from
Steel Magnificat
Sign up for our newsletter
POPULAR AT PATHEOS Catholic
1