Rosie, the Hardy Boys, and the Mystery of the Orange Extension Cord

Rosie, the Hardy Boys, and the Mystery of the Orange Extension Cord October 20, 2020 Mary Pezzulo 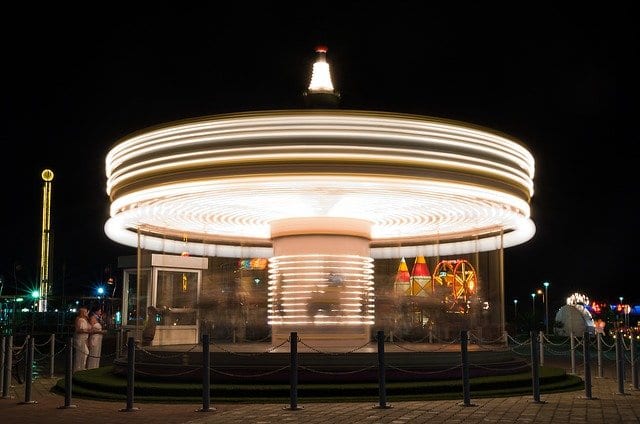 We are homeschooling for another year.

Every year I think we’re going to get out of Steubenville and find a nice pleasant city with a nice pleasant school in it for Rose to go to, but every year we’re stuck here, and we homeschool again. This year it’s lonely because COVID has made her beloved after-school lessons too dangerous, but we fill the time. We walk to the park and plan trips we’ll take when a vaccine is widely distributed and we’re safe again. We’re going to take late fall and winter nature hikes all over the state just as soon as we can get a used car.

The library is still open, so we read lots of books.

Rosie is finally, finally turning the corner on her literacy, which has flagged behind. She’s good at math, science and PE, but she doesn’t like to sit still to read. Right now she is reading the Roscoe Riley Rules series aloud to me, and that series comes with my highest recommendation. It’s hysterical. Sometimes I give her a dramatic reading of the last chapter she just finished, just to have the fun of doing all the voices.

After she reads Roscoe Riley to me, Rosie wants me to read something more complicated to her. We have been working our way through the classic Hardy Boys series, which I love. I used to read those bright blue books from cover to cover in a day or two. I imagined a world where teenage boys jetted around on motorcycles and boats and saved their pocked money for microscopes and miniature cameras. I imagined what it was like to be so trusted by the local Coast Guard that they’d take you along on trips to arrest desperate criminals and rescue victims of kidnapping. I related the stories to my father, who explained that it’s not actually economical to counterfeit twenty dollar bills.

I liked the Hardys themselves, though I crushed the hardest on plump, nerdy, affable Chet in his bright yellow jalopy. I’m still sad there wasn’t a spinoff series where Chet gets away from the small town of Bayport and his fat-shaming peers and solves mysteries on his own. Chet deserved better than the Hardys.

Unfortunately, Rosie has also come across one of the modern, “updated” Hardy Boys series in the library, the ones written in the early 2000s. These do not have stout blue hardback covers; they have spastic yellow paperback covers. They do not have fanciful descriptions of accommodating Coast Guard personnel. The Hardys’ peppery maiden Aunt Gertrude has been replaced by the boring “Aunt Trudy.” And Chet and his jalopy barely appear at all.

The books are not exciting. They are not quaint. They have no character whatsoever. And each book contains at least one action sequence that makes absolutely no sense.

Take this example, which I’m not making up. The Hardys are investigating a sabotaged ride at an amusement park which left one woman dead of a head injury. Antics continue as various rides are wrecked, putting the passengers in mortal danger, but people keep riding them anyway. There is a dramatic sequence where the merry-go-round is spinning far too fast and out of control. children are hanging on for dear life, hats and cell phones and purses are flying off like bullets, someone was thrown clear of the ride but luckily landed on a giant teddy bear the Hardys threw under her at the last moment. This wasn’t a lucky coincidence; they actually saw the women falling off the ride and grabbed the bear and threw it to meet her before she landed.

The ride operator comes running out of the bathroom, lamenting that everything was fine when he started the ride and went to take a break, but it’s too late for regret now.

The Hardys jump onto the spinning merry-go-round, timing their jump just right so they’re not hit by the horses. They bravely fight the centrifugal force and hand-over-hand their way to the center of the ride, then tie themselves down with their belts, then yank out the extension cord they find running into the device, and the ride slows back to normal speed so they can pull the lever and let the terrified customers off.

When the ride is stopped, the Hardys find in all the commotion that there’s a dead man lying on the ground beside the ride. He has a small bee clutched in his hand and a small welt from a bee sting on his body but no other sign of swelling or distress. They surmise that he died of an allergic reaction but no one came to his aid because they were distracted by the merry-go-round– another death caused by the saboteur.

They also find that the mysterious extension cord leads back to a hidden generator. The extra electricity was what was making the merry-go-round go too fast.

The people are disgruntled and angry to have been on the sabotaged ride. They want their money back and threaten to sue.

Enter the park owner, “Uncle Bernie,” a grumpy abusive labor-law-violating capitalist who inherited the park from his father. I voice him in a Bernie Sanders voice. Uncle Bernie mollifies the crowd by offering each of them a free hot dog and soft serve for the children, and they all quickly fall in line at the concession stand while the medics carry off the dead body.

Discussion questions:
1) How did the ride operator exit the Merry-go-Round to go to the bathroom, if the ride can only be operated from the middle?

2) Do mechanical merry-go-rounds from the 1930s actually move that much faster if you give them an extra power source?

3) If that’s the case, why do they have a convenient extra plug in case a saboteur wants to give them more juice?

4) If they do, why would the ride operators start the ride without asking questions about the brand new giant orange extension cord that materialized after the park had already been sabotaged at least once? Wouldn’t your first job as a ride operator be to inspect the merry-go-round and make sure nobody accidentally plugged in the make-it-go-too-fast plug?

5) If the ride was actually spinning fast enough to cause people to fly outward, wouldn’t the death and injury toll for such an emergency be extremely high? Wouldn’t they all at minimum have brain damage and whiplash?

6) How many laws of physics did the Hardys have to break to be able to rescue that falling woman and get to the middle of the ride?

7) Was the part where everyone quietly shuffles off to get free hot dog after their chilling ordeal and witnessing the medics cart off a dead man draped in a sheet meant to be biting social commentary?

I don’t have any answers, and neither does the book. I am increasingly excited for our next weekly library trip where I’m going to return all the bright yellow Hardy Boys and grab something interesting. Maybe Harriet the Spy.

I am also looking forward to next year or so, when it will be safe to go places and ride merry-go-rounds again. Though I’ll be sure to inspect any rides for a bright orange extension cord first.

For now, it’s good to have books.

October 19, 2020
The True Effect of COVID and the Pro-Life Movement on Abortion
Next Post

October 21, 2020 Suppose You Thought You Were A Christian
Recent Comments
0 | Leave a Comment
"It's easy to get lost from the connectivity that moments like that can give us. ..."
Bemused In the First Snow
"No, the bombing resulting not only in a quick victory but also was dramatically less ..."
Richard Phillips The Death Penalty is Wrong Because ..."
"As usual, words of wisdom. My formation wasn't from strict Dominicans, but from the premise ..."
Todd Flowerday Freedom, Virtue and Responsibility: Notes for ..."
""Be reasonable or we will nuke a civilian city and vaporize your children" is still ..."
Mary The Death Penalty is Wrong Because ..."
Browse Our Archives
get the latest from
Steel Magnificat
Sign up for our newsletter
POPULAR AT PATHEOS Catholic
1