We Did This To Us 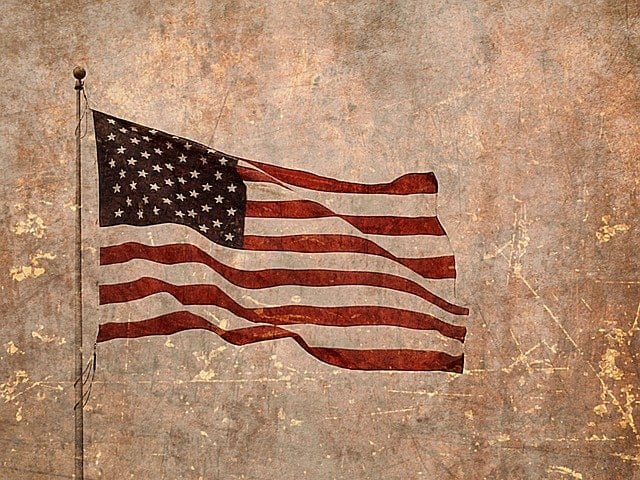 I live in the United States of America.

I live in a country that has the strongest, most expensive military in the world. We spend $723 billion annually on our military– far more than China, who has the largest number of military personnel but spends only $261 billion. Far more than Russia and India, whose spending is only in tens of billions. It’s been estimated that it would take $265 billion to end poverty worldwide, and the United States spends twice that and change on military, annually. Some estimates say it would take $300 billion to reverse climate change; some say much more. The United States spends twice that and change on the military. Americans by and large can’t afford healthcare. Our elderly have to choose between buying medication and paying rent. Our infrastructure is crumbling. Our public education is abysmal. We’re staring down the barrel of an eviction crisis like we’ve never seen. And the United States spends in the ballpark of three-quarters of a trillion dollars on our military.

We have the largest navy in the world by tonnage, though China surpasses us in actual boats.  We have the second most nuclear weapons in the world, right behind Russia, at 5800: enough to murder every living thing on earth. We have the most military aircraft in the world by far. We even have a flag on the moon, and something called a “space force,” though that’s still in its infancy.

And all of that firepower is aimed outward, at other people. This is to protect us from other people in foreign countries who speak different languages and salute a different flag. We bomb them, we murder them, because we’re told it’s necessary to protect our democracy. We build walls on the border to keep them out and imprison them if they come in anyway, for the sake of our democracy. We call that “safeguarding freedom for the world,” and we believe in that– or, at least, enough of us do that it’s gone on without question for far longer than I’ve been alive.

Yesterday, the feast of Epiphany 2021, our democracy was the victim of a coup attempt.

A rabble of angry rioters, some of them armed, some shirtless or wearing silly costumes, many draped with Trump MAGA flags or flags of the Confederate States or the Ku Klux Klan, invaded the Capitol building and sent Congress running for their lives. They wreaked havoc for several hours. At least four people were killed.

These invaders attempting to disrupt our democracy were not from somewhere else. They weren’t from China or Russia or any other boogie man that Americans are raised to fear. They are Americans– United States citizens who were whipped into frenzy by the conspiracy mongering of a bitter lame duck president. As I write this, Donald Trump is still on social media insisting that the election which he lost by millions of votes was stolen from him.

The capitol building has finally been secured, after several hours of chaos. Protesters remained outside, violating curfew, for sometime. They had a big scaffold and a noose. I am writing this sometime after three o’clock in the morning, and I can hear Congress re-convened and certifying the electoral votes. Biden just had his two hundred seventy-first vote counted. That mean’s he’s won, no matter what. But the country is reeling from a coup attempt. Biden isn’t going to make the rioters go away. Biden isn’t going to change the fact that the man he so soundly beat incited a riot at the nation’s capital, and four people are dead.

We are, justly, an international caution and a laughingstock.

True, most Americans are angry, though I’m not sure we’re blaming the right people.

Yes, too many Americans are still conspiracy mongering, claiming that this was all the work of left-wing infiltrators and not the president’s own disciples.

And believe it or not, many of us are embarrassed as we should be.

But I don’t think it’s really sunken in for the American people yet.

We did this. It wasn’t China or Russia or Mexico. It wasn’t Daesh or the Taliban. It wasn’t strange people from somewhere else that we can shut out and bomb to smithereens. The invaders at the Capitol weren’t any of the vicious stereotypes we were taught to fear and hate. No godless Communists, no religious extremists from the Middle East, no drug cartels from South America, no Mexican this or that. They were Americans, attacking America. They were our neighbors. They were good old fashioned right-wing white supremacists, as American as apple pie.
We made these people ourselves. They are homegrown, American terrorists.

We did this to us.

Donald Trump and the movement who wants to crown him king, are ours. They did this. We– the United States of America– did this to America.

And the whole world, all the people we’ve feared and reviled, the people we lobbed bombs at and locked behind cages and walls– they watched it happen.

What happens next, I can’t say.

For the moment, we stand here in a nightmare of our own making.

January 6, 2021
The Religious Right Attempts A Coup
Next Post

January 8, 2021 The Death Toll of the Pro-Life Movement Goes On
Recent Comments
0 | Leave a Comment
Browse Our Archives
get the latest from
Steel Magnificat
Sign up for our newsletter
POPULAR AT PATHEOS Catholic
1