A Golden Calf? Or Another Idol? 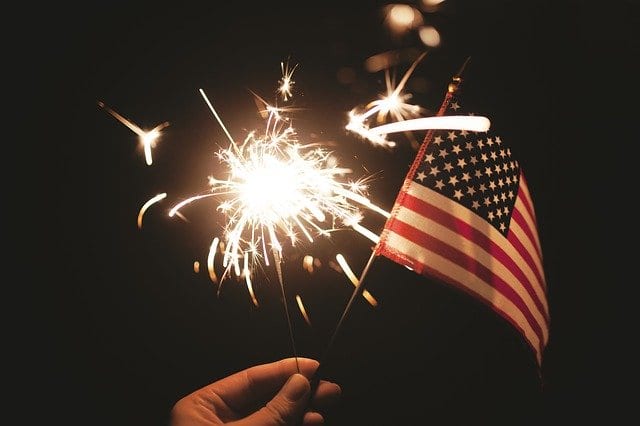 This all started because, for some reason, the people at the Conservative Political Action Conference had an interesting decoration this week. A video of them wheeling it into place quickly went viral online. It’s a shiny golden statue of a shorter Donald Trump, wearing American Flag shorts and, for some reason, flip-flops.

I can’t imagine who thought this would be a good idea for the stodgy Evangelical Protestants who make up so much of CPAC’s base, not to mention the Traddy Catholics. But that just shows that I don’t have my finger on the pulse Conservative Christian fads. The video includes CPAC-goers saying “awesome” and “that’s so cool.” Conservative Christians are fine with tacky golden idols now– or if they’re not, they haven’t exactly made their voices heard.
|
This led to a plethora of funny remarks and silly memes on social media about the Golden Calf, some complete with stills of the Golden Calf scene from Cecil B. DeMille’s The Ten Commandments. But it seems to me that that comparison isn’t really a good one. The  book of Exodous tells us that Golden Calf was built at Aaron the priest’s behest after the Israelites got tired of waiting for Moses to come down the mountain. It didn’t represent a political leader; it was just an illicit representation of the God of Israel Who was supposed to be invisible and never the subject of a statue. Moses and God weren’t frustrated that the Israelites were worshipping a man, but rather that they were worshipping God in a terribly sacrilegious way.  The Bible story that came to mind for me, was from much later in the Old Testament, in the Book of Daniel.

The other officials noticed the youths’ stubbornness and turned them in like good citizens. King Nebuchadnezzar was upset at their lack of decorum. He had been kind to these foreign youths: adopting them, trying to civilize them, giving them proper names, even letting them eat food from his own table, and here they were showing the worst ingratitude. They did not seem to care for unity. He said that he would start the music again and this time they’d better show the appropriate reverence, but again they refused. “There is no need for us to defend ourselves before you in this matter.  If our God, whom we serve, can save us from the white-hot furnace and from your hands, O king, may he save us!  But even if he will not, you should know, O king, that we will not serve your god or worship the golden statue which you set up.”

King Nebuchadnezzar was furious. He ordered the furnace heated much hotter than usual, so hot that the executioners who tried to open it burned alive on the spot, and he threw the youths into the furnace with their hats still on. Next thing you know, Shadrach, Meshach and Abednego are showing even less decorum;  rather than dying, they’re dancing around the fire and singing a hymn with a fourth man, a gate-crasher who looks like a Son of God and who wasn’t even INVITED to the political conference.

The king calls to the three youths and they come out of the furnace, not even smelling of smoke. And the king marveled at this miracle, praised the youths’ funny foreign god, and gave them a promotion. Sometime later, the king got on his hands and knees and started eating grass like a cow.

Who were the good guys in that story?

Who were the heroes for the followers of the One true God?

Was it King  Nebuchadnezzar who had a statue built in his own honor and demanded homage from everyone?

Was it the people who meekly did as they were told in deference to the king’s august position and out of fear for their lives?

Or was it the foreign troublemakers who refused to revere a political authority even if it cost them their lives?

Then go and do likewise.

February 24, 2021
The Grace of God in Scrambled Eggs
Next Post