Christ is the Lord of the Clean and the Unclean

Christ is the Lord of the Clean and the Unclean February 15, 2021 Mary Pezzulo 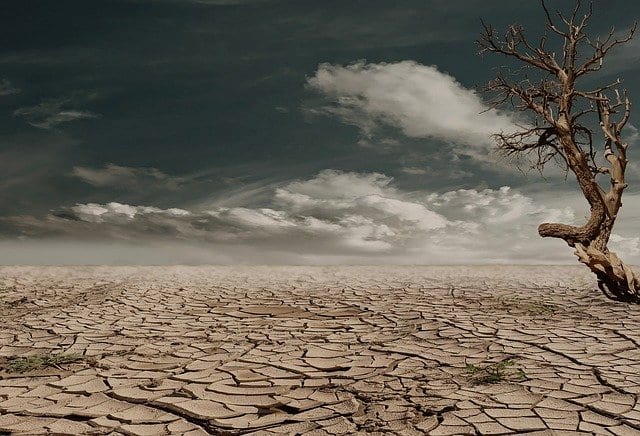 A reading from the book of Leviticus:

The LORD said to Moses and Aaron,
“If someone has on his skin a scab or pustule or blotch
which appears to be the sore of leprosy,
he shall be brought to Aaron, the priest,
or to one of the priests among his descendants.
If the man is leprous and unclean,
the priest shall declare him unclean
by reason of the sore on his head.

“The one who bears the sore of leprosy
shall keep his garments rent and his head bare,
and shall muffle his beard;
he shall cry out, ‘Unclean, unclean!’
As long as the sore is on him he shall declare himself unclean,
since he is in fact unclean.
He shall dwell apart, making his abode outside the camp.”

A leper came to Jesus and kneeling down begged him and said,
“If you wish, you can make me clean.”
Moved with pity, he stretched out his hand,
touched him, and said to him,
“I do will it. Be made clean.”
The leprosy left him immediately, and he was made clean.
Then, warning him sternly, he dismissed him at once.

He said to him, “See that you tell no one anything,
but go, show yourself to the priest
and offer for your cleansing what Moses prescribed;
that will be proof for them.”

The man went away and began to publicize the whole matter.
He spread the report abroad
so that it was impossible for Jesus to enter a town openly.
He remained outside in deserted places,
and people kept coming to him from everywhere.

It’s the job of the man who bears the sore to present himself to the priest.
It’s the job of the priest to declare whether that man is clean or unclean, welcome or unwelcome, one of us or one of them.
So the leper did just what he ought: he went to the priest. He went to the High Priest, the Highest Priest there could ever be, Christ Who at the same time is priest, God, and sacrificial victim. The leper was following the rules, but he no doubt thought that he wasn’t. He was condemned to live outside the community and proclaim his leprosy to all, so that none would ever touch him or come near. His place was not in the city. Somehow or other, he got inside, into the place where he wasn’t welcome, into the place where nobody wanted him, through the crowd, and all the way to the Priest.
‘If you wish, you can make me clean.”
It was the Priest’s job to declare things clean or unclean, and that is what the Priest did. He reached out and touched him, which no priest would do to an unclean man, for fear the uncleanness would stick.
“I do will it. Be made clean.”
Because the Priest declared it, the man was clean from that moment.
And we are all made clean.
Because the Priest wills it, everyone who touches Him is made clean. The priests touches lepers and lepers are made clean. He touches all kinds of sick people, wounded people, disabled people, possessed people, and they are made well. He eats with tax collectors and prostitutes and other people shunned by polite society, and they are no longer shunned. He asks the Samaritan woman with five husbands for a drink, and the Samaritan woman is no longer a pariah. Everyone Christ the Priest touches becomes clean.
All of us who come to Him are made clean. No matter who we were before, what we’ve done, what we’ve suffered, what role our society has assigned to us, we are all clean. We are all worthy. We are all welcome. We all belong inside the City of God because the High Priest has touched us and declared us clean. And we have a still greater dignity, because we are one body with the High Priest. You and I are one. Pharisees, Samaritans, Gentiles, zealots, prostitutes, tax collectors, sinners, social outcasts, lepers, the sick, the disabled, the healthy, the poor– all of us have become one body in Christ.
Christ touched the leper and healed him. The leper was welcome in the city again. And then the leper spread the news of what had happened to him to anyone who would listen. After that, it was impossible for Christ to enter a town openly, and so He remained outside, unwelcome, in the desert where the lepers live. He Himself became a pariah, an unclean thing, despised by all who had sought Him. He died a blasphemer’s death and was buried in a stranger’s grave, a thing unclean.
And we are all made unclean.
All of us who come to Christ are made unclean with Christ. No matter who we were before, what we had to be proud of in the eyes of the world, what privilege we had enjoyed, what comfort we were accustomed to, whom we looked down on before we found Christ: we are now out in the desert with Christ. We have surrendered forever the right to look down on people we once called unclean, because we are one flesh with the One Who died and was buried outside the city, a worm and no man. We, ourselves, are worms, broken, wounded, unclean, because we are one flesh with Christ Who became Man to bear the uncleanness of the entire world.
We are one flesh with the One who voluntarily became a leper, so we ought never to look down on lepers again. Rather, we ought to seek out the people who are outcasts in our society and become one with them, rather than with the popular or the powerful.
We are one flesh with the suffering Christ, so we suffer with everyone who suffers in the world.  Our suffering is never merely our suffering, but Christ’s. The suffering of anyone in our community is not just their own suffering, but Christ’s and therefore ours. For that reason, we ought to seek out the suffering in our community and relieve it as quickly as we would relieve our own.
Christ touched the leper and declared him clean, so the leper became clean and we are clean. Christ became a leper, a thing unclean, so we are unclean. Because we are unclean, we present ourselves to Christ the Priest, who touches us and declares us clean, and so we are made clean again. Because Christ has touched us, we follow Him out into the desert and become unclean again.  We die with Him and rise with Him again and again and again. Our whole spiritual journey on earth follows this mysterious path, and the liturgical seasons of the Church mimic it as well.
This week, we will begin Lent. We will approach Christ the Priest and present ourselves to Him, praying “Lord, if you will, you can make me clean.” Christ will say “I will it, be made clean,” and He will touch us, smearing ashes on our foreheads so we no longer look clean. And we will go out into exile in the desert with Him. The desert is the way to the Heavenly City where we are welcome and will not be cast out again. 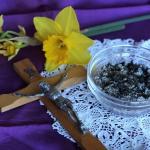 February 17, 2021 Lent, Penance and Spiritual Abuse: What Are We To Do?
Recent Comments
0 | Leave a Comment
"Great post. I would like to thank you for your efforts in writing this interesting ..."
Flyustravels The Preppers, the Can Opener, and ..."
"Donald Trump is the new idol for many of America's religious conservatives."
Rusty Writer A Golden Calf? Or Another Idol?
"On Holy Saturday, this is one of our readings, but the translation we use has ..."
Peter A Golden Calf? Or Another Idol?
"Well I was gluten free and tending toward grain free before, because my bowels hurt ..."
Mary The Grace of God in Scrambled ..."
Browse Our Archives
get the latest from
Steel Magnificat
Sign up for our newsletter
POPULAR AT PATHEOS Catholic
1