On Birds and Bees, Gila Monsters and Chastity 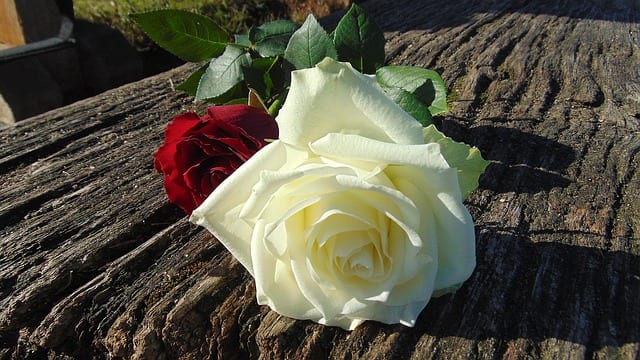 I gave Rosie the talk about the birds and the bees.

This happened a bit sooner than I expected. Rosie is a smart girl who loves science and, specifically, biology. She wants to be a park ranger when she grows up. She is constantly watching nature documentaries. One evening, after a documentary on gila monsters laying eggs in the desert, she held up two rubber geckos and rubbed their tummies together where the cloacas would be. “They’re having sex!” she said. “Sex is when you poop in each other’s butts!”

I said “Oh, no, that’s not how it works!” and gave her the talk right then and there. I spoke as simply as I could. I called body parts and bodily functions by their real names. I said words like “foreplay” that I didn’t hear outside of a whisper growing up. I explained that, if this is the time of the month that a woman is about to ovulate when the sperm is in the fallopian tube, that’s how a baby is conceived.  I said that our Faith teaches that the appropriate context for sex is in a marriage open to life. I said that other people have other beliefs about sex and we Catholics disagree, but we have to respect and be kind to those people because God wants us to respect and be kind to everyone. And I explained that sex was a fine, healthy, non-shameful way for adults to show love for one another, but that it was not appropriate for children. I told her that if a friend or a bully or even a grown-up tried to touch her in that way, she should say “no.” She was allowed to use her martial arts training to reinforce her “no” if she needed to. And then she was to get away from that person and tell me or Daddy. I said I would believe whatever she told us and I would make it stop. And that was that.

The conversation took about twenty minutes, and then we went back to playing with geckos. It wasn’t difficult. It was a simple talk, a nice little mix of biology, safety rules and ethics. By contrast, it was very hard to explain to Rosie why there are homeless people living downtown and derelict houses nobody wants falling apart a mile away. It was near impossible to tell her that supermarkets throw their edible but slightly old produce in a dumpster and call the police on you if you take it, while the folks at the Friendship Room have to get online and beg for fresh salad for their guests to eat. It’s hard to talk with her about why corporations aren’t working hard enough to lower their carbon footprint even though we have the technology. I can’t even explain to her why she has to learn cursive or memorize her multiplication tables without a battle. But talking about sex was easy. Talking about safety rules is easy. Talking about chastity– well, it’s pretty easy, at least at this age.

Talking about the thing they call purity… that’s something else altogether.

The thing people call “purity” is something else all together. When people talk to me about “purity,” I  start to get cautious. What kind of purity are you talking about? The kind of purity that’s in the catechism? Purity of intention, acting for the true good of people instead of using them for your own ends? That’s a good thing. Purity of vision, training yourself to see people as whole people instead of reducing them to objects for your satisfaction? That’s important. Avoiding near occasions that you think would make it difficult for you to keep seeing your neighbor as a person instead of a toy, all the while remembering that the things that are dangerous for you might not be dangerous for somebody else? That’s a good practice. We all have to figure out the situations we might need to avoid, while we’re learning to be better.

But when I hear “purity,” I don’t often hear responsible common sense like that. I hear dangerous nonsense. I hear about teenage girls being told that having your vagina penetrated for the first time is like going from being a fresh stick of gum to a stick of gum that’s been chewed, never to be un-chewed again, or from a clean glass of water to a glass of water with spit in it. So a woman should dread her wedding night as the night her cleanliness and worth is going to be permanently destroyed by some man. And a girl or woman who’s been abused should think of herself as eternally chewed and spitty. And a woman who has committed a sin against chastity should think of herself as UNIQUELY broken in a way no other sin can compare with, in a way that can be forgiven but never healed. Saint Paul assisted in murdering Saint Stephen, then repented and was baptized and became an apostle. But to hear people talk about “purity,” a woman who sins against chastity and then repents is ruined forever with no hope. And running through all of these terrifying similes is the implication that the essence of what a woman is, is a refreshment and a treat for a man to stuff in his mouth.

I’m not going to teach those lies to my daughter.

When I hear “purity,” I don’t often hear it followed up by taking personal responsibility– deciding what I, myself, need to practice so that I will have purity of intention and purity of vision. I hear it followed up by shaming other people for their perceived wrongs–which is another form of objectification. There’s usually a near-pornographic fascination with whichever female pop star has been having a breakdown in the news lately, calling her names and mocking her as if she isn’t a child of God. There’s talk of how the length of a girl’s skirt can cause a boy to stick his hand up it, and the depth of her collar can cause a man’s hand to go down it, and the tightness of her clothing can cause somebody to go there as well. This doesn’t teach children anything about chastity. It teaches them four things: that you’re allowed to call a woman names, that objectifying a woman’s body  is okay as long as she asked for it by being immodest, that men can’t be expected to control themselves, and that the cause of a man’s sin isn’t a man’s choices but a girl’s clothing.

I’m not going to teach her those lies either.

And then there’s what they do with the beautiful Saint Maria Goretti, a victim of murder by a pedophile, who showed us such a glorious example of forgiveness. I talk about this every year on her feast day, and every year creepy grown men get offended with me for pointing out that the way we tell her hagiography is spiritually abusive to child abuse survivors.

I’m not going to tell Rosie that.

I have and will continue to tell her that her body is a very good and sacred thing, and because it’s good, certain ethical and safety rules apply. That makes sense to me, as a Catholic and as a human being. Purity culture– not purity of heart but purity culture– doesn’t seem to have anything to do with Church teaching, and it’s spiritually abusive as well. I’m not going to do that to my daughter.

I don’t see how I can teach both chastity and the weird cultural phenomenon they call “purity” at the same time, because they oppose each other. Chastity is about loving others and taking responsibility for yourself. Purity is about shame and being codependent for somebody else’s sin. So I’m just going to teach her chastity.

Now, if only I could figure out a way to teach her cursive. 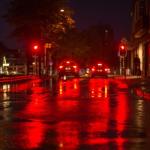