The Homeless Are Not Responsible For The Environment

The Homeless Are Not Responsible For The Environment April 22, 2021 Mary Pezzulo 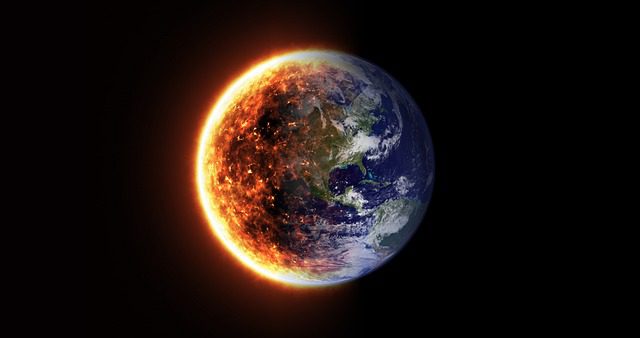 The other day I saw the beautiful Shirley Raines on Twitter, building a toilet.

Raines is the founder of Beauty 2 the Streetz, a charity that provides hygeine, haircuts, makeovers and meals for the homeless on Skid Row in Los Angeles. She photographs and makes short videos of her projects as proof that she’s putting all the donations she receives to good use, and to raise awareness about homelessness in America. Usually she photographs big piles of tents and bottles of hand sanitizer, or takes a video of her team of volunteers passing out ice cream. This particular day, she was demonstrating how to put an infectious waste bag into a plastic bucket and then add a seat, so the homeless could do their business and then tie the bag off and throw it away.

This video got a LOT of comments and a lot of retweets.

Most of those commentators were either shocked at the plight of the homeless or admiring of Ms. Raines for helping. But quite a few of them were complaining.

They were chiding her for using so much plastic. They were quoting fun facts to her about how bad plastic is for the environment and how long it takes a single plastic bag to break down in a landfill. They were asking her to find some other way to accommodate LA’s homeless population, to reduce carbon emissions and keep trash out of the ocean.

“Can’t you just get them a port-a-potty?” somebody asked.

And, indeed, it turns out that someone had gotten them a port-a-potty. There were port-a-potties on Skid Row. The homeless were using them at night, when they weren’t at work and perhaps able to use a bathroom with plumbing at their workplace or in a store. And then the city confiscated the port-a-potties for some reason, so Ms. Raines had to make them toilets out of bags in buckets. If she didn’t do this, the waste would end up in a trash can anyway because there wasn’t anywhere else. At least this way, it would be in a sturdy bag that wouldn’t get stench and germs all over everything and everyone.

Here are three facts. First of all,  it’s absolutely necessary to drastically reduce the amount of plastic we use and throw away. That’s one of the things we have to do to have even a chance of mitigating the damage that’s been done to our environment. Secondly, the worse our climate and our polluted earth gets, the more people are going to suffer– and however much rich and middle-class people suffer, the poorest are going to suffer the absolute most. As bad as it is for homeless people on Skid Row right now, it will get a lot worse. Thirdly: we absolutely cannot combat climate change by demanding that the very poorest make even MORE sacrifices. They can’t do that, it wouldn’t be enough to solve the problem anyway if they could, and wasting time demanding that they do distracts from the real issues.

Homeless people are not homeless because they want to be; they’re homeless because they are trapped. The United States is the richest country in the world, and yet there’s a whole population too poor to have anywhere to go to the bathroom. California has some of the richest cities in the country, and they also have a homeless population that depends on generous women who collect donations to buy them plastic bags to build makeshift toilets. Yes, that plastic hurts the environment. But with the system the way it is, they can’t live without it. And they’re not the cause of the broken system. Nor are they what’s killing our planet.

The vast majority of the pollution in this world is put out by corporations, not individual people using products. Coca-Cola, Pepsico and Nestle are responsible for the plastic that clogs our oceans and beaches, and they’ve got almost $400 billion between the three of them. They could choose to switch to different kinds of packaging and to do something with the packaging that gets thrown away. They can afford that. The homeless can’t afford another place to go to the bathroom, and if they could it wouldn’t solve our plastic problem. The main source of marine plastics in our ocean is commercial fisheries, and commercial fisheries make about $200 billion a year. They can afford to carefully clean up their waste instead of dropping it off the ship. The homeless don’t control that. The main source of carbon emissions in America is fossil fuels used for energy, not whatever factory makes plastic infectious waste bags. The fossil fuel industry in the United States makes about $181 billion a year. They could afford to transition to renewable fuels. Homeless people don’t control which kind of fuel the power companies use to generate energy. They can’t even turn the lights out and the thermostat down to save energy, because they don’t have a house to do it in.

They don’t even have port-a-potties at the moment.

While we’re demanding, here are some people who need your help. Beauty 2 the Streetz has several ways to donate. Personally, I’m thinking of my post about the prepper catalog from two months ago, and  I’m going to try and send them an emergency toilet.

We need to help whoever we can whenever we have the opportunity. And when we get angry at the way things are, we need to make sure we’re angry at the right people.