When We Fail Our Children 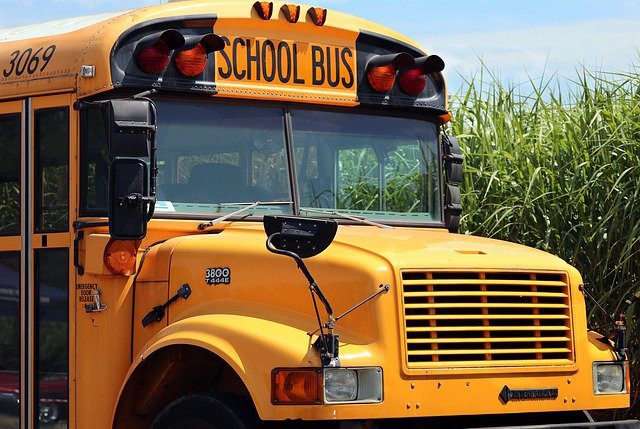 I used to mentor a child, through  a program in the town I grew up in.

This all happened well over a decade ago. I’m fudging identifying details to avoid betraying anything said in confidence, but the story is true. I mentored a little boy whose name wasn’t Isaiah, but let’s say it was. Isaiah was supposed to have been assigned a male mentor, but there were hardly any young men in the mentoring program, so he got me. The first time he met me, he gave me a great big hug as if we’d known each other for years and years.

The children used to arrive at the community college campus on a school bus, scintillating balls of pent-up energy after seven hours at a notorious public school in a poor part of downtown. The school was terrible by any standard; academically, it had been in a state of emergency for years and years. And it wasn’t a safe place to be, either– once, a mother of a student had been interviewed on the local news vehemently exclaiming that her child was safer on the street than in that building.

Isaiah was the best behaved. He always wore khakis and a clean button-down shirt. He sat nicely at the table with me and said “Thank you Jesus!” when he saw me make the Sign of the Cross before I ate. He complimented the mediocre cafeteria food. He stopped to look at the questionable abstract art in the foyer of the art building on campus, and asked polite questions about who painted it. He obeyed every direction from a grown-up. When it was time to do homework together, he said he’s done it already on the long bus trip to campus. So instead of homework, we’d chat about his day. He told me about the church he went to; about his cousin who’d fallen into bad company and committed crimes; about the time he was supposed to testify in court when a neighbor got into trouble; the time they had to move unexpectedly from one apartment to another, so he couldn’t celebrate his birthday until payday next month. I brought him a birthday present at the next get-together because I didn’t know what to do. It was a bad present, a randomly selected board game from the local gift shop, but he acted grateful.

Toward the end of the semester, one of the last meetings we ever had, Isaiah pulled a piece of paper out of his backpack.

He said this was a form he was supposed to fill out, because he was applying to be sent to a special high-quality charter school, instead of the public middle school, for next year.

He didn’t say that his life depended on getting into the charter school, but it may well have. The public middle school in that neighborhood was worse than the public elementary school, and the high school was worse still. I didn’t know the phrase “school to prison pipeline” because it didn’t show up in my education, but I would have used it if I’d known it. Isaiah’s whole future rested on this form.

Because he had always finished his homework on the bus, this was the first time I’d seen Isaiah write.

I watched him fill out the form with his name and birthday in block print letters, slowly, drawing the letters like a much younger child. And then he whispered to himself as he slowly, slowly, wrote out a sentence in the section marked “tell us why you’d like to attend the charter school. “I…want….to…be…a…teach…er.”

And that was when I realized that this sixth grader wasn’t fluent in reading and writing his own language. He had to think about every word and print it out like a second grader.

Isaiah did everything right. Everything we expect of children, he’d provided with no trouble at all. He was quiet. He asked respectful questions. He followed directions. He minded his p’s and q’s. He did his homework the minute he got out of school, before he’d even gotten off the bus. But the school he went to had not reciprocated by fulfilling their end of the bargain. They’d had him all the way through sixth grade, and they hadn’t produced a literate child.

I had trouble coming up with words myself. I was furious but couldn’t articulate why– inexcusably. The phrase “social contract” did show up in a lot of the stuffy books I read, and I ought to have been able to say that we make a social contract with our children. Children know that we do. Everyone knows about that tacit agreement. If children are polite and respectful and wear a clean button-down shirt; if they go to school every day and do their homework promptly, if they are sweet to their teachers and mentors, then grown-ups will help them to get an education, and the education will lead to a safe, comfortable, productive adulthood. If children are naughty and don’t show up at school, if they talk back and misbehave and act like hooligans, then they will not get the help they need and they will turn into criminals. Isaiah had fulfilled his end of the social contract, and he was illiterate. He didn’t stand a chance of getting into that charter school. He was going to go to the terrible public middle school and then to the terrible public high school, and things would get worse and worse for him, not through his own fault but because of his zip code.

I hope he beat the odds and became a teacher.

I thought of Isaiah this weekend, when I read the reporting about  Ma’Khia Bryant. We’ve all seen her death by now, I’m talking about her life, as was reported to the New York Times by many people who knew her. She was from Columbus, the same as Isaiah; maybe she went to the same school a generation apart. People who knew Ma’Khia prior to her shooting didn’t recognize her on that body cam video, because she had always been so quiet and well-behaved. She worked hard in school and always had a hug for her teachers. She lived with her mother and four siblings in a neighborhood that was extremely poor and awash in violence. It was Ma’Khia’s mother who took the children to the Department of Children’s Services, which placed them with their grandmother who loved them and tried her best to care for them. The grandmother had only a two-bedroom apartment, and she received about a tenth of the aid she would have gotten to help raise them if she’d been a licensed foster mother. That’s how the system works. We have a wealth of information that children always do better if they’re raised by family members instead of in foster homes, but foster homes get far more money and government aid than low-income relatives trying to raise their children do.

Ma’Khia’s grandmother’s landlord found out about the children living in the apartment, and threw them out. He was allowed to do that. The law always sides with landlords instead of poor grandmothers.  The grandmother tried to get other housing. She asked Children’s Services if they were allowed to stay in a hotel together for short time, and was told “no.” She was only allowed to keep the children if she had housing, but they didn’t help her get a house. The children were taken away, split up, and placed in separate foster homes. Even when the grandmother secured housing and tried to get them back, she couldn’t. Ma’Khia stayed in six different homes in the next two years.  Each move meant a new set of rules to learn, a new school to get used to. Some homes were oppressively strict,  some were squalid with dog feces on the floor. At the last home, Ma’Khia was often left alone with adult former foster children from the same house, who verbally abused her and mocked her for her speech impediment. She desperately tried to get back to living with her grandmother, but she wasn’t allowed.

The day of Ma’Khia’s shooting, those abusive older women were at the house, reportedly threatening to beat them up. The situation escalated. Ma’Khia, panicked after two years of trauma, got a steak knife and started flailing. And the end was what you’ve seen: a fight. A teenage girl running around out of control trying to stab someone. A pair of white hands firing a pistol into her back and chest, executing her.

We make a social contract with our children. Everyone knows about this contract. We tell them that if they are good, we will help them to live a good life. But we don’t follow through. We don’t do our part. Children fulfill their end; they hug their teachers and do their homework and go where they’re told to go. But we don’t help them reach adulthood. Our society digests and excretes them, and then says it’s their own fault they didn’t turn out. They were bad. They were acting out. They had a knife.

We are supposed to be the grown-ups, the ones with all the power, the ones who could change society if we wanted. All children can do is hold up their end and hope we hold up ours, and we haven’t.

We should all be deeply ashamed.

May 12, 2021 The Patron Saint of Unknowing
Recent Comments
0 | Leave a Comment
"Holy cow. I think if I had a billion dollars, after I visited Wales and ..."
Todd Flowerday The Prettiest House on the Block
""Can we talk about dress code?" How often I've heard this on a liturgy committee. ..."
Todd Flowerday The Tale of the Monsignor and ..."
"Exactly. Many people who have been College Broke confuse it with poverty."
Mary Why Don’t The Poor Cook From ..."
"also, it makes all the difference in the world if you have middle class parents ..."
MoniLontra Why Don’t The Poor Cook From ..."
Browse Our Archives
get the latest from
Steel Magnificat
Sign up for our newsletter
POPULAR AT PATHEOS Catholic
1