I’d seen him lying on a mattress on the porch of a derelict building on the corner of Pennsylvania Avenue and Carnegie Street, a few blocks from the house we rent, many times. The bus goes right by there, so sometimes I’d see him twice a day, lying in the shade, reminding me of the Gospel story of the man who had been lying at the pool of Bethesda for thirty-eight years.

I’d spoken with him a few times, mostly outside the neighborhood market. There’s a gathering of people who sit outside there asking for loose change, or for someone to go in and buy them a meal or a drink. I think Tink was the one who asked Michael for help when Michael wasn’t carrying cash, and he ended up buying him a sandwich. I think Tink was the one who once handed me a wad of bills and told me I could keep the change if I went inside and bought him a certain can of beer and a bottle of Wild Irish Rose. Sometimes people who panhandle aren’t allowed in the shop so they won’t ask customers inside for money. I didn’t know what Wild Irish Rose was, and the clerk at the store laughed at me, but I got it, and I brought it to him, and he made me keep the dollar that was left over. He looked so uncomfortable in the steamy summer humidity, I hoped getting drunk would at least make him feel better. But maybe that was one of the other panhandlers. There are lots of them.

The face was familiar when I saw it on the news today, though. I definitely had met that man, and spoken with him briefly a handful of times.

He was on the news because he was dead.

Somebody shot him multiple times last night, and the killer is still at large.

The neighborhood was reeling with shock come morning. That was when I found out that his name was Tink– Terald Herring, called Tink, forty-four years old. Everybody in LaBelle recognized Tink at least as well as I did, and it seems like most people knew him very well.

No one could imagine why anyone would murder a man like that.

When I heard there would be a candlelight memorial at the crime scene, I felt like I should bring flowers, but I haven’t planted any this year. So I took all the silk sunflowers out of my icon corner and made them into a bouquet.

I walked to the corner of Pennsylvania and Carnegie, in the rain.

The retaining wall beside the porch had already been freshly tagged with the words “RIP TINK.” His mattress was gone; on the sandy concrete in its place was a rectangular arrangement of flickering votive candles, as if his bed had been transformed into light. People had already decorated the stop sign by the porch and all the cracks in the cinder blocks with flowers, mostly red roses, both real and artificial, and someone had brought Tink a Mylar balloon. There was also a Saint Jude votive candle and a pile of cigarettes, and tall white candles stuck in several empty bottles of Wild Irish Rose.

The priest from the Greek Orthodox church was there with an umbrella; so was Pastor Tony who’s run the soup kitchen downtown for time immemorial. So was the grandmother of the Baker Street Irregulars, and she was in tears.

“Yeah, I knew him. My kids called him Uncle Tink,” said Grandma, taking my sunflowers and arranging them in another cinder block. “I cook him breakfast every morning. I was walking by him just last night with the preschooler, at seven-twenty-five, seven-thirty, and she said ‘good night Uncle Tink! I’ll have you for breakfast in the morning!’ And then I never saw him again! She’s been crying all day. She can’t believe he’s gone. She says Pappy will take care of him.”

Pappy is the Baker Street Irregulars’ other grandfather, who hit his head and died about five years ago.

“Did it happen right here?”

Grandma gestured to the brown patches on the grass by Tink’s Wall. “Right there, you can still see the blood.”

I had a panic-inducing mental image of a hellish reversal of that Gospel story about the pool of Bethesda: as if some anti-Christ had told Tink to rise off his mattress and then savagely murdered him.

Pastor Tony gave a short sermon, speaking into a bull horn. She knew Tink. She knows nearly every poor person in town. She mentioned that this isn’t the first time she’s officiated a memorial like this. I imagine it isn’t the hundredth time.

My eyes kept wandering from the brick pillars to the splintery wood roof to the cinder block floor, the cracks stuffed with flowers, the grit and dust under where his mattress had been. I tried not to look at the blood stains. I tried not to look up over Pastor Tony’s head, where there was a paper wasp nest, empty. I tried not to think about the rain.

One of the cracks that didn’t have a flower in it was cross-shaped, and I looked at that for awhile.

A human being lived here.

A human being died here.

Christ dwelled among us, and now he’s gone.

I hope he was the man who asked me to buy him some Wild Irish Rose.

I hope he liked drinking it.

I went back home in the rain, and it was night.

June 22, 2021 The Holy Family and the Just Man
Recent Comments
0 | Leave a Comment
"Regrettably, a lot of armchair gymnasts will still be annoyed that she decided not to ..."
Kyllein MacKellerann " Something About Simone Biles
"More than too da*n many years ago, I played at Gymnastics. I ran into the ..."
Kyllein MacKellerann " Something About Simone Biles
"You’re not being too cynical. You’re accurately noticing a pattern.Those supremacist abusers are also anti-choice, ..."
Juniper Something About Simone Biles
"Leave me be, dude, while I'm still being polite instead of blocking you."
AnonCollie Yet Another Take on The Pillar ..."
Browse Our Archives
get the latest from
Steel Magnificat
Sign up for our newsletter
POPULAR AT PATHEOS Catholic
1 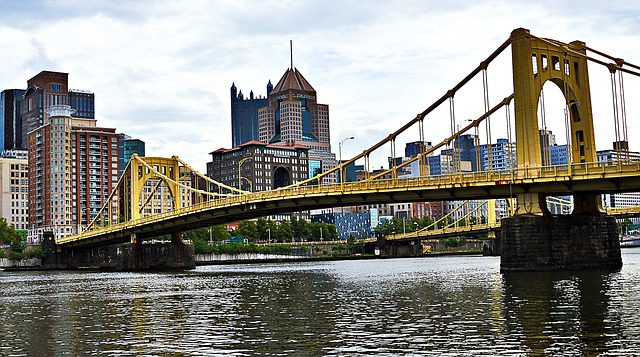 Catholic
A Day Out
Steel Magnificat 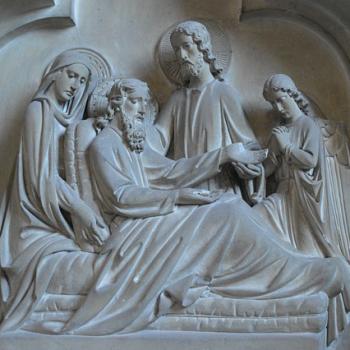