All the Prayer I have 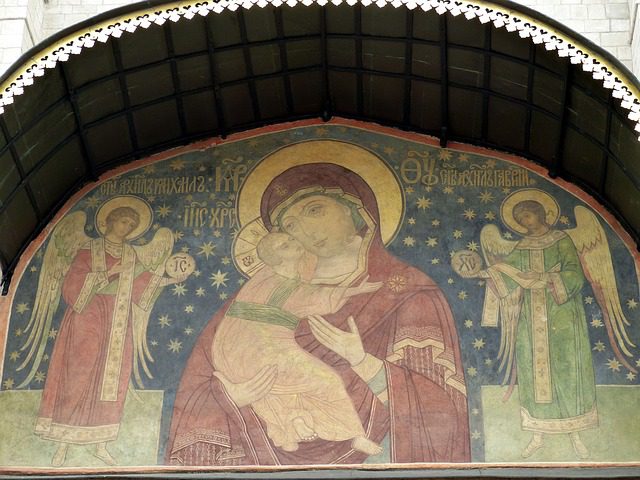 The day started out badly, and then it got worse.

The anxiety from the situation with the menacing neighbor had been gnawing my stomach all weekend. I was unable to eat. I had panic attacks in church.  I kept thinking everything was starting to clear up, and then I’d hear her hateful screen door slam open and the hateful dog’s chain leash rattling in the yard and my heart would start to race. And all the while with my usual toxic lack of self-esteem dogging me. A second, prettier, thinner, nastier Mary Pezzulo, standing there in my mind’s eye, pointing and taunting. “Ha-ha. You lost your court case and will never not be abused by your neighbor. The police have already said they won’t stop her harassment. You’re are such a cowardly ninny you’re having flashbacks at the sound of a screen door.”

At some point in church I glanced at the statue of the Virgin Mary in church, and glared.

The Virgin Mary is not a cuddly figure, if you grew up in Apparition Culture and the Charismatic Renewal. She is the one who appears and makes the sun change color and thunder peal in a clear blue sky. Visionary children are traumatized with visions of hell and tormented by their parents. Mystics come down with tuberculosis and stigmata. She is greatly offended by girls who behave immodestly and by children who don’t pay attention to their Rosary. One day,  she will bring about the Three Days of Darkness with all the chaos and horror that entails, and this will somehow be a good thing.

I grew up being taught that sufferings and bad luck were caused by supernatural forces. Sometimes bad things happen as a punishment from God, and sometimes they happen as mischief from the devil, and sometimes they happen because Jesus and Mary are raining suffering on you so that you can offer it up to appease God’s wrath and avert calamities. I was often told that my sufferings were of the latter kind. I’ve grown up and learned that this nonsense has nothing to do with Catholic teaching, but it doesn’t mean that I can just forget. When things go wrong, I panic and flash back. I am a little girl trapped in the most toxic iteration of Catholicism, and there is the Virgin Mary in my mind, prettier and thinner than me, taunting and triumphant, harvesting my pain for the sake of souls she likes better. “Ha-ha. You are such a ninny you’re having flashbacks, but I own you and did all of this on purpose and there’s nothing you can do.”

When I grew up I moved to Steubenville, which is gasoline on a tire fire when it comes to religious trauma. I tried to join a Byzantine Catholic parish because the liturgies didn’t hurt like the West hurt, and that was an embarrassing failure. I’m only coming to terms with the humiliation of getting expelled from that parish by the bullying pastor this year.

That parish was named for Mary, and I’ve not forgotten it.

Lately I’ve been going to the Orthodox church on Wednesday night for paraklesis, and quickly running out afterwards before the pastor tries to welcome a new face. I miss the prayers so much. But I keep gazing on Mary’s icon and wondering if she wishes I would get lost. I didn’t go to paraklesis this past Wednesday. I didn’t want to face her at all.

It wasn’t an Orthodox prayer I whispered when I caught sight of the statue of Mary at Sunday Mass, in the friendly Latin church on the other side of town. It was a prayer of my own composition. “I am trying to forgive you for all of this. And if you ever want to make up for it, you know where I live.”

This morning I woke up achy and still afraid. It took awhile to get out of bed. I finally coaxed breakfast into my stomach at about one o’clock.

There was no money at all to do anything fun, but Michael reminded me that he’d gotten me ten dollars cash from the ATM for emergencies awhile ago. It was still in my purse. This anxiety counted as an emergency. I could drive to Weirton and go swimming at the rec center while he looked after Rosie and her homeschooling.

I packed my suit and got on the freeway for Weirton. The freeway was extremely crowded and confusing with construction. I went past my exit, got off at the next one, and headed back on the opposite side of the freeway. I was within sight of downtown and the rec center, when I got in an accident.

I’m still not 100% sure what happened. The friendly highway patrol officer laughed at my panic and said this happens on this stretch of the freeway all the time. The friendly paramedics smiled politely when it took me a long time to say whether I was all right or not. I’m happy to report that the driver and the enormous SUV that crashed into my little Nissan are both completely unhurt. But my badly dented car had to be taken to Wellsburg in a tow truck– all except a piece of a tire and the mirror, which are still somewhere on Route 22.

The policeman who drove me down to the Weirton library so I could wait for a ride home in the air conditioning was very personable.

The loudest voice of all was Mary in my mind, either the prettier version of me or the ruthless Virgin Mary or both. “Ha ha. Your car is gone. Your freedom is gone.  You’re never getting it back. You can’t afford it. Your insurance will go up. Your family will find out about this and laugh at you. It’s all your fault for wanting to go swimming.”

At the library, I realized my phone was completely out of juice. I tried to get on Facebook to message for help on the library computer, but both Facebook and my email demand to send a message to my phone to verify an unrecognized device, and I couldn’t turn my phone on.

I explained my predicament to a kindly-looking old librarian, who got out an enormous box of chargers, but none of them fit. So she herself offered to drive me home after her shift.

There are lots of Greek people among the population of downtown Weirton, so I wasn’t surprised to see an Orthodox church bulletin flung onto the librarian’s driver’s seat and a messy stack of icons fanned out like playing cards in the cup holders. There was another icon dangling from the rearview mirror on a leather thong.

It was an icon of the Most Holy Theotokos, of course: not the frightening white-clad troublemaker of Fatima but a woman in a red veil, embracing a stern-looking Child. I’d forgotten until now that one of the reasons I was drawn to Eastern Catholicism was the thought that if I just got away from Western depictions of the Virgin Mary, I might learn to like her.

I reached out to touch it without thinking about it.

I started. “Well… no, not… I was, I, ah, I worship at the Latin church right now. But I like to go to the Orthodox church downtown for paraklesis.”

The librarian started telling stories about how she knew the former pastor of that church’s parents when he was a baby. She tried to call him “Father” when he was ordained, but he looked sad and told her to call him “Nicky” like he used to.

“I am trying to forgive you for all of this. And if you ever want to make up for it, you know where I live.”

Sometimes that’s all the prayer I have.

August 23, 2021
A Word on Abby Johnson's Statements on COVID
Next Post 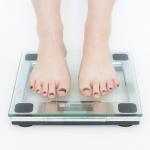