On Catholic Answers and the Problem of Violence Against Women

On Catholic Answers and the Problem of Violence Against Women October 26, 2021 Mary Pezzulo 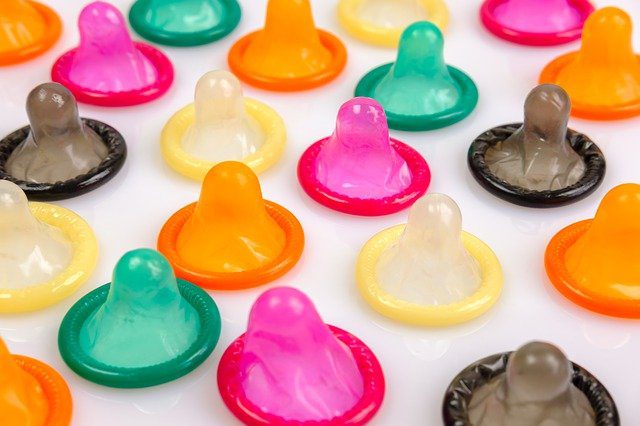 I’ve been thinking for quite some time about an article I wish I hadn’t read.

The article was published almost a week ago in Catholic Answers. It was written by Tim Staples, and it was supposed to be about when Catholics may or may not use birth control. But it contained one paragraph that was so alarming it has to be examined on its own merits. The paragraph has been edited; here it is in its original form: 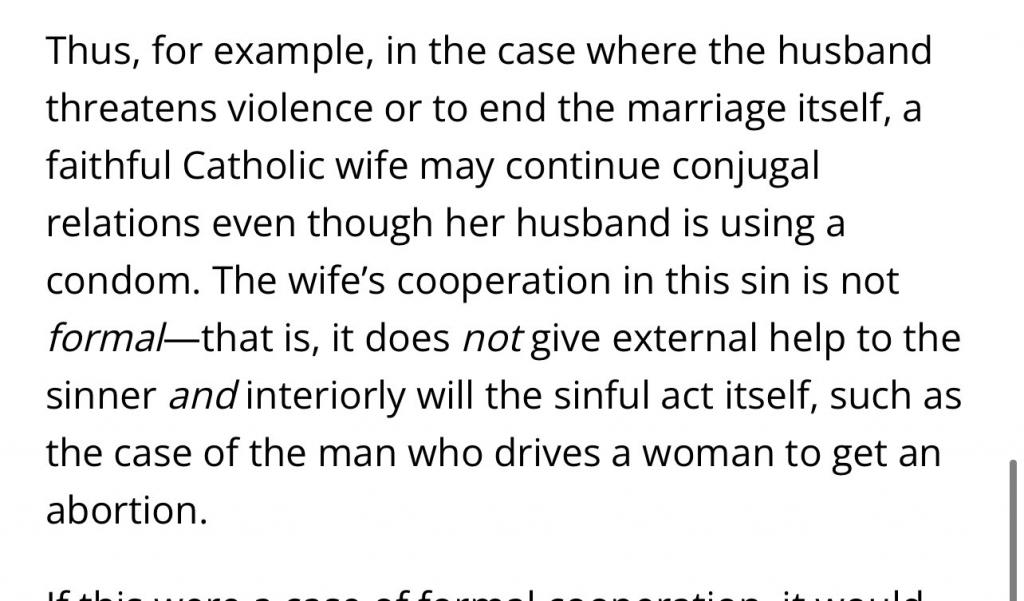 “Thus, for example, in a case where a husband threatens violence or to end the marriage itself, a faithful wife may continue conjugal relations even though her husband is using a condom. The wife’s cooperation in this sin is not formal– that is, it does not give external help to the sinner and interiorly will the sinful act itself, such as the sinful act of a man who drives a woman to get an abortion.”

I am horrified at that paragraph and I hope you are too. What Mr. Staples is describing is rape. He’s assuring a woman who was forced to have intercourse under threat of violence that she is not guilty of the sin of contraception if her rapist was wearing a condom.

On the day the article was published there was a huge backlash, mostly from Catholic women who’ve been victims of sexual violence, against that paragraph. Whoever runs Catholic Answers‘s social media tweeted a quick apology, and soon after the article was edited to remove “threatens violence.” The new paragraph read “If it were a case of formal cooperation, it would be unacceptable. But where a spouse voices disapproval of the act of contraception and is cooperating in it only for a proportional good—for example, where the other spouse threatens to end the marriage otherwise—this material cooperation may be permissible.” And obviously that’s not good enough. A woman who feels uncomfortable with a condom giving in to being penetrated by one because her husband threatens to abandon her is still being coerced. It’s still a form of rape. Catholic Answers seems perfectly okay with this, though.

My friend the apologist Scott Eric Alt has already expressed his objection to this nonsense, citing Church documents to show that Catholic teaching actually condemns marital rape, and I appreciate that.

As for me, I’ve just been thinking about it, as a Catholic woman who studied some bioethics at the graduate level when I was trying to get my philosophy MA at a Catholic university.  While at one level the article is shocking, on another it’s not surprising at all. This is just how men who write and lecture about Catholic sexual ethics talk.

When I was trying to finish that MA at FUS, a male professor wanted to give an example of how everyone knows that sex acts have more gravity than other acts which involve physical touching. I was sitting in the front row because I’m nearsighted, so he looked at me first.

“Now, if I grabbed Mary [Maiden Name] by the shoulders and shook her,” he said, moving his arms close to me and pantomiming, “That would be a pretty bad thing, that’s assault. But if I were to rape someone…”

This was before I was raped. I didn’t have PTSD from a rape back then. But it was still upsetting–  so upsetting I didn’t come back to class after the mid-lecture break. He didn’t think it would be upsetting at all, not until I emailed asking him to not use me as an example again. The professor was very embarrassed and apologized, which is why I’m not saying his name. But he hadn’t thought something like that would be hurtful until it was pointed out; he just thought of violence against women, and pantomiming violence against women as he talked, as a nifty hypothetical for a thought experiment.

I remember another class I took there, about the writings of the Catholic ethicist Germain Grisez. I was far from a feminist then, but it irritated me. Something about the way Grisez talked down to women in his “difficult moral questions” gave me pause. Of course, now that I look back I’m far more appalled. It’s not just that he’s talking down and patronizing. It’s the way he suggests that a teenage victim of incest “may be sinning mortally” as if being raped by her father could ever be a minor’s fault. Or the notion that a woman married to a wife-beater doesn’t have a null marriage, mustn’t go no-contact and needs to consider what she should have done differently so as not to provoke him. Or that rape can only be heterosexual and that women are partly responsible for their rape.

I kept thinking of those things, when I pondered the ridiculous Catholic Answers article.

It’s not so much that somebody thought to reassure Catholic women that we don’t sin if our rapist is wearing a condom. That was bad enough. What gets to me is the casual, matter-of-fact way that he tossed it off as a hypothetical moral difficulty. He clearly didn’t even realize he was describing rape. He calmly threw it in there and moved on. When he was called out Catholic Answers apologized, sort of, and took out the line about physical violence, but they left in the part about threat of leaving, because coerced sex is just fine and dandy if nobody gets beaten up. Similar to how the professor didn’t think using me as a hypothetical in a thought experiment about rape would be upsetting. Similar to how Grisez wrote a whole book called “Difficult Moral Questions” but doesn’t consider the moral questions thoroughly enough when they involve women and girls who are victims of violence.

This is how some men talk.

This is how an alarming number of Catholic men who write and lecture about Catholic ethics talk.

Christ sees men and women as equals, and that’s supposed to be the official teaching of the Church as well, kind of, sort of, not necessarily alike but equal in dignity. But you’d never know that to talk to the prominent Catholic ethicists who lecture and write articles.

This is a problem.

Of course, these men aren’t going to listen to me.

October 25, 2021
There Are So Many Different Fears
Next Post

October 26, 2021 The Priest Who Said "Me Too"
Recent Comments
0 | Leave a Comment
Browse Our Archives
get the latest updates from
Steel Magnificat
and the Patheos
Catholic
Channel
POPULAR AT PATHEOS Catholic
1