Spoon Fudge in the Mountains 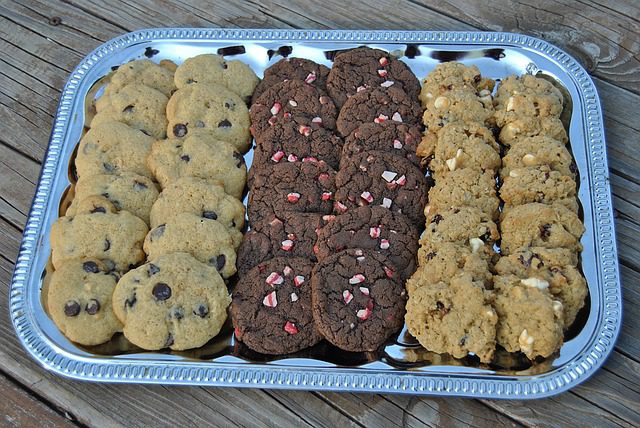 It wasn’t all bad.

I talk so much about how strange and terrible my childhood was, and I’m right. But you’ve got to understand it wasn’t all bad. There’s something wonderful about being buried under a pile of eccentric relatives who hold family reunions in the mountains. I will miss that togetherness for the rest of my life.

Here I am in January, the darkest time of the year, homesick for city life in Columbus but also homesick for summer in Pocahontas County, in the state park in West Virginia where we all used to play together. We did the most exciting things: putting on stage plays for the grown-ups, baking enormous sheet cakes and decorating them with candy, our escapades with the crawfish in the crick, before they turned violent. One year we had a wedding shower for Aunt G, the youngest of my grandmother’s daughters, the one who had been a teenager when I was in preschool. She was the last lady of that generation to marry. The wedding was going to be two days after Thanksgiving. We held the shower in August at the family reunion.

It was going to be a wonderful party– no men or little ones allowed; they would all be banished to another cabin to do something else. All the adult female relatives, my aunts and great aunts and second cousins, would come and shower Aunt G with gifts. I was allowed to come because I was almost grown up, and so were my next two younger female cousins, as long as we helped by making the refreshments and decorating the largest cabin ourselves. This didn’t seem like a raw deal to me, because I loved decorating and baking. Baking huge batches of diverse cookies quickly was one of the only things I really had a talent for.

The day of the party, we got to work in the early afternoon. I made a batch of “plain” dough and a batch of “chocolate” dough as the sky outside grew hazy and the humidity got worse. The two next youngest female cousins helped me stir chocolate chips and white chips and butterscotch chips and nuts into different mini batches from the doughs, and form them into circles. Some of the “plain” dough we left without mix-ins and just rolled in cinnamon sugar, and some we sprinkled with white sugar to be sugar cookies. We kept snatching  trays of cookies out of the oven and putting in more, over and over, a nice efficient assembly line. In between batches we decorated the main room with pink streamers and little dollar store candles. The younger cousins played outside in the crick. The teenage boy cousins were off doing whatever noisy things teenage boy cousins did.

Eventually, we took some of the chocolate chips and threw together three disposable pie pans of chocolate walnut fudge, and put them in the fridge. My teenage female cousins got their suits and went to take a break at the state park pool, to get a break from how humid it was getting in the kitchen, but I kept baking because there was still dough left. One batch and then another. In and out the oven door. Checking on that fudge to see if it was setting up. Fussing with the decorations. Setting out a pile of sparkly tinsel crowns.

And just a moment later, the sky went black.

Have you ever been in a thunderstorm in the mountains?

Being in a cabin in a small hollow between mountains is like being inside a giant cup. The mountains rise up and block your view, so you can’t tell a weather front is forming until it’s on top of you. So it went from humid and sultry with a hazy sky to pitch black with high winds in a matter of minutes. The trees outside whipped sideways, loud, insistent. Thunder pealed. And then all that terrible humidity turned to liquid water, and it rained.

It’s one thing to be in a severe thunderstorm in a residential neighborhood with only a few trees. But a thunderstorm like that in the middle of the woods is an air raid. Branches go down everywhere. Trees go down. Debris blows. You absolutely have to take shelter.

The noisy young cousins fled to the other cabin across the crick from the one I was in. The boys fled elsewhere. My teenage cousins came running back inside carrying sopping wet towels, laughing in shock, telling stories of the branches that had dropped across their path as they ran back.

And then the power went out.

We sat in front of the fireplace in the dark, waiting it out.

It all cleared away in less than an hour, but by then it was nearly evening. My cousins and I had a party to put on, but the power wouldn’t be back for at least a day. It takes a long time to get a truck up into the mountains and find all the places the lines went down.

We started a fire in the hearth. I don’t think we’d originally planned to light all those ornamental dollar store candles in the jars, but we did after the fire was started: about ten little flickering lights. My uncle went outside with his great big Y2K lantern and set it on the picnic bench so the children could play outside in a halo of light while the women had their party. Another emergency lantern went inside on the mantlepiece. I got out the cookies and arranged them on platters. We made lemonade.

The fudge had not set up, because the fridge was warming up from the power failure. I scooped the thick gooey liquid into bowls and set a bowl in the middle of each cookie platter.

The ladies arrived one by one, carrying flashlights; each was presented with a tinsel crown at the door. Aunt G got the most ornate one, because it was her special day.

It was my job to direct everyone to the refreshment table.

“This is dip,” I told my great aunt Tate, my grandfather’s sister, pointing to the bowls of failed fudge. “To dip your cookies in. It was supposed to be fudge but it didn’t set up.”

“Raised on the stuff,” said Great Aunt Tate. “Aunt Vossie used to try to make fudge, it never worked, but then she’d put the pan on the table and give us each a spoon. It’s delicious.”

We huddled around the lantern and watched Aunt G open her shower gifts. Some were conventional shower gifts of nightgowns and dishes. Some were knicknacks bought at the state park gift shop by people who forgot about the party.  Great Aunt Tate presented Aunt G with a papier mache giraffe painted in bright colors.

“You don’t remember this,” said Great Aunt Tate. “But when you were a baby, your mother brought all you girls to visit me when I was working at the library. It was my day to make the window display. I was trying to make a giraffe but I didn’t have a frame for the face. You came with your bottle and when you went home, your mother left the plastic cap that goes on top of the nipple. So I used the cap to make the giraffe’s nose. It’s still in there.”

At the end of the party, after the real guests had finished their fun, my grandmother opened the door and called. My little cousins who had been playing in the lantern’s light ran inside; so did my teenage boy cousins. They descended on the refreshment table like locusts until all the cookies and fudge were gone.

The next morning one of the park rangers showed up with a portable generator in a truck, so we could have light and brew coffee for breakfast. “My gracious,” he said with his thick West Virginia accent. “I couldn’t have you goin’ without coffee.”

By evening, the power was on.

That is one evening I’d like to have over again.

January 13, 2022
Another Word on the Tragedy of Alana Chen
Next Post

January 15, 2022 The Winter Tin Cup Rattle
Recent Comments
0 | Leave a Comment
Browse Our Archives
get the latest updates from
Steel Magnificat
and the Patheos
Catholic
Channel
POPULAR AT PATHEOS Catholic
1 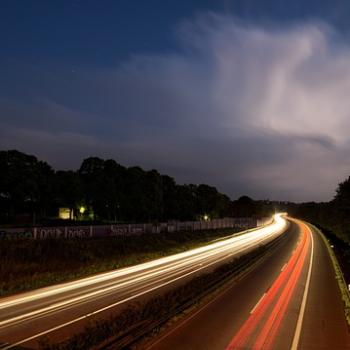 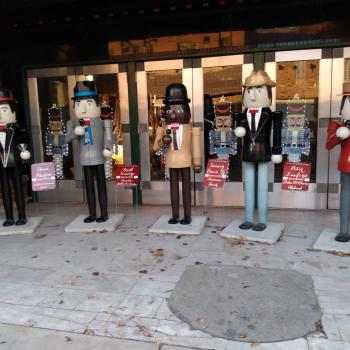 Catholic
A Suite of Nutcrackers for a Merry Christmas
Steel Magnificat