The Choice Between Two Gods 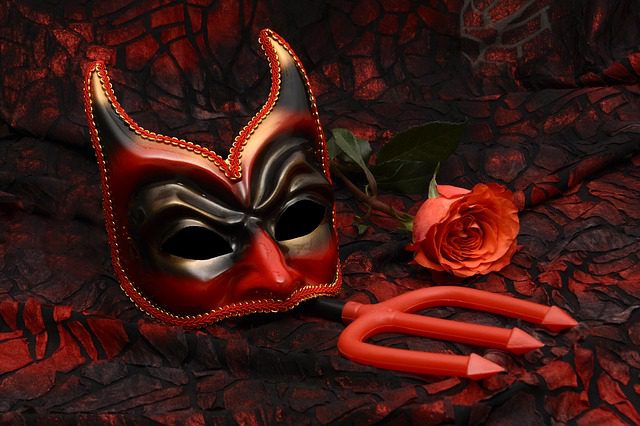 It started last week, I suppose, when a social media friend who was suffering from religious trauma admitted she hadn’t been going to Mass regularly. She asked on Twitter if people could give her advice about why to go back to regular Sunday liturgies.

Many people tried to help, and what’s more I think some people actually were helpful. But others were not.

One particularly pompous theologian asked “Because you finally accepted the fact that it’s not all about you?” and proceeded to be a patronizing ass to her again and again. He really seemed to think he was performing an act of charity by being rude and heartless to somebody going through a hard time. He didn’t understand why everyone else wasn’t being harsh with her as well. He even bizarrely exhorted me to “be a saint” when I criticized him for his bullying.

I don’t understand people who do and say things like that.

I don’t understand kicking a hurting person when she’s already down and she’s not trying to hurt anyone else. Calling out a hurting person who’s flailing at others and hurting them, sure. But never hurting someone who’s already hurt and not doing anything abusive. And I absolutely can’t wrap my mind around calling it “being a saint.”

The example we have from the Gospel is not of a God who never got angry or said anything harsh. Christ got angry. But He only had harsh words for certain people.  He never had cruel things to say to people who publicly accused of sin. He didn’t say anything nasty to people who were hurting and not practicing their religion. He saved His angry speeches for for people who did carefully practice the liturgical aspects of their religion, and used that as an excuse to make other people miserable. That seems to be what annoys Christ the most. And here the self-styled Theologian was doing just that, and telling others to do it, and referring to it as being a saint.

Whatever god wants to make you into his version of a saint, if he expects you to hurt suffering people he’s not a god I want anything to do with.

That was last weekend’s discourse in my circle of Catholic Twitter. This one’s was even worse. A Catholic radio producer decided to brighten up everybody’s Sunday by declaring that a huge number of people, including most Catholics and even he himself, would be eternally damned. And others were jumping on the bandwagon, posting quotes from saints out of context as if every word that comes out of the mouth of a canonized person is doctrine, relishing the thought of multitudes burning in hell.

Why do you WANT people to go to hell?

I can see believing that hell exists, but why the delectation at the thought of a hell stuffed with suffering people? Why not hope that there’s nobody but Hitler and Pharaoh and Jacob Marley down there, and everybody else went to Purgatory?

Why does it excite them to think of a god so petty?

And why in the world would you go through the misery of being a Catholic if you thought that you had such a small chance at appeasing that version of God?

If God’s that contemptible, I’ll never go to Mass again. I’ll sleep in and eat doughnuts in bed on Sunday. I might as well. I have no chance of the Beatific Vision.

If God is an abusive grouch who demands we all be horrid to one another and is going to throw most of us into a lake of fire anyway, he isn’t worth my time. I am better than that god, because flawed as I am, I realize that that god is immoral and abusive. I want nothing to do with immorality and abuse. I want to find ways to be good to people. Blaspheming that  petty spoiled brat of a deity is the first step toward being good.

If, on the other hand, God is Love, if He genuinely desires that I be one with Him in Paradise, I’ll put up with His eccentricities. I’ll try as hard as I can to love to forgive those who persecute me and my neighbor as myself. I’ll get dunked in the water while the priest pronounces those very special words. I’ll get smeared with the smelly oil. I’ll go every Sunday to the irritating crowded building and watch bread and wine turn into human flesh without visible change. Of course I will. I’ll do anything at all including give myself over to torture and martyrdom for the sake of a God Who is Love. But there’s no point if he’s the other god.

Fortunately, the other god doesn’t exist.

This is something I have chosen to believe. It’s something I can write down in a blog post as if I have steadfast faith in it. Sometimes people act as if I’m courageous, if they’ve only read my written work. If you met me in person you’d despise me because I’m actually not very confident. I, myself, have terrible religious trauma.

I had another one of my bad panic attacks yesterday in church. It wasn’t just the kind where you cry and feel foolish. It was one of the worst kind, the kind where you really think you’re going to suffocate. I tried to stave it off by sitting in the foyer and scrolling on my phone to distract myself, but it didn’t work. I eventually had to run outside or else the whole congregation would’ve gotten the fun of listening to me dry heave. And then I couldn’t go back in because I just got worse.

Somehow I ended up in my car, parked of course, with the window open for fresh air, sobbing instead of breathing, absolutely convinced that God was the god of emotionally abusive internet theologians and I was numbered among the countless damned for not meeting my Sunday Obligation.
And if that god is real, I’m certain that I’m damned. But I’m not certain that damnation won’t be a badge of honor.
If the other God is real, though, He sat with me in the car, sobbing as I sobbed, crying as I cried, feeling as though He was going to suffocate just as I did.
And I gazed at Him, and He gazed at me. 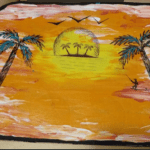 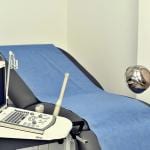 February 23, 2022 My Diagnosis, A Year Later
Recent Comments
0 | Leave a Comment
"The aborted victim of... a drag queen?"
Mary Nobody Prays at the Slumlord’s House
"Who said anything about “want[ing] affirmation”? She wrote about how priests should apologize when they ..."
Peter Priests Never Say They’re Sorry
"You aren't entitled to someone else's approval. Since you want affirmation and will not receive ..."
Iconodule Priests Never Say They’re Sorry
"the first problem is the "Rosary", and second none of most of those things you ..."
Frank Holzhauser Nobody Prays at the Slumlord’s House
Browse Our Archives
Related posts from Steel Magnificat