In the Best Month 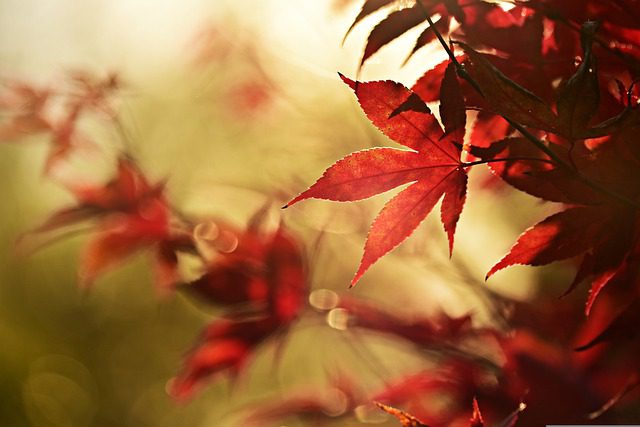 It’s October, the best month of all.

The leaves are barely beginning to turn. You can see it on the edges of trees– most of the tree still green, with a few of the bottom-most leaves going gold and purple and red. All I want in the world is to find an out-of-the-way place to go hiking and take it all in.

I can’t take the borrowed car out on the freeway to find an out-of-the-way place to hike, because it’s not in good enough shape, But I can drive the long way home on my errands and breathe it all in.

For thirty-six years I was sick with a chronic illness nobody understood. From before my daughter was born until she was nine and a half, I was trapped in Steubenville without a car or a driver’s license and with crippling chronic fatigue and referred pain. Then, within two months of each other, I got my driver’s license and a diagnosis. In October of 2021 I passed the driving test. In December of 2020 I got diagnosed with PCOS, and got a treatment plan that has managed to put the fatigue in remission. In March of 2021 I got my first car. The part of me that does things– the part that runs errands, the part that goes places, the part that keeps busy– is brand new. In that part of my mind I’m still a teenager. I revel in my freedom. I love to do things. I am excited to do more things. Doing things is not work, it’s an adventure.

If only I could replace our car and do things more easily, and further away.

I want to go all the way out to Pittsburgh and Columbus to do things, but at this moment I can’t. The borrowed car is with us for another week and we are extremely grateful, but it’s very old and not reliable enough for the freeway.

On Friday I went to look at a seventeen-year-old Chevrolet from a dealer who buys old cars at auctions and fixes them up. I didn’t want to get stuck with a car that looked pretty but was actually in bad repair like the Neighborhood Trolley had been. I arranged to test drive the Chevy to a mechanic who would inspect it for me. When I got to the dealer’s, the car had mysterious cracks in the dashboard and a rip in the cloth on the ceiling. When I sat in the driver’s seat I was nearly on the floor like a racecar driver. The pedal was so far from my foot I had to stretch to reach it, even with the seat all the way forward. I felt like I wouldn’t be able to back the ridiculous thing out of the little dealership’s tiny driveway and get it four miles to the mechanic, but I did. I slid out of the car like a driver who’d just won a race, only instead of accepting my trophy, I handed the keys to the mechanic. Within ten minutes, they discovered that the  racecar’s frame was rusted and about to fall apart, and that a piece of a different car had been bolted over one side to hide the rust. I drove it back to the dealer and said I wasn’t interested. I got back in the borrowed car, disappointed but also pleased. That was new. I learned a little about used cars. I learned to say “no” to a car dealer.

I drove the borrowed car home the long way, admiring the new color.

Later in the weekend, when I was beginning to despair of ever finding a vehicle we could afford, someone in a buy sell group answered my inquiry about a used car over in Pennsylvania– a red Hyundai with only a few dents, a beautiful car. I started to research buying a car out of state from a private seller. I arranged a ride over there and asked to meet him at a mechanic’s to have the car looked over. I learned what to look for on the title and how to get the car home. This was new. I learned all kinds of new things.

And then I asked him to send me the VIN so I could look it up, and he took 24 hours to get back to me with a number. And then he insisted he was a dealer but wouldn’t say where the dealership was, telling me that he wanted to meet me at a mechanic of his choice and that I’d have to bring my own license plate to drive the car home. I asked why I couldn’t drive home with the dealer plate and he informed me that those were only for use at the dealership I couldn’t visit. And then he asked me to bring him cash, not a cashier’s check but cash.  And I blocked him. And I know that’s not a very exciting story, but it’s an exciting story for me, because I had never battled and won against a scammer before.

We can keep the borrowed car til the end of this week. Surely something will come up by then.

On Saturday we took Adrienne out to her soccer game, and it was freezing. Neither she nor I have a good winter coat yet; I was in a jacket, and she was in her soccer uniform. Michael was bundled up in his rain jacket. The wind blew the morning drizzle in glassy shards. I paced back and forth to keep warm. All around the border of the soccer field, the trees were going red. It looked like , the tiniest cracks of red flame forming at the edges of a piece of paper ready to light the whole bonfire. Within a week the whole world will be color.

Adrienne got to be the goalie for the first time. She stood attentive in the goal, gloves on, waiting. She had asked the coach to let her be goalie several times, and now was her chance to try something new. I was so proud of her I stood up and waved even though nothing was happening yet.

It was so beautiful, it was worth going out in the cold.

It is so beautiful to be alive, and learn new things, and try something new.

Everything felt so sacred, I forgot to be afraid. 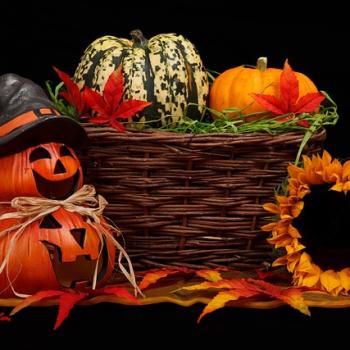 Catholic
How do you Spell "Myself?"
Steel Magnificat
TRENDING AT PATHEOS Catholic