In the first chapter of this series, I made a comment about Andy’s unusual role as the film’s protagonist. Andy is the central character, sure, but it isn’t really his story. Andy overcomes the trials presented to him, but he doesn’t really grow. In that way, The Shawshank Redemption isn’t really the story of Andy. It is the story of Red, Andy’s best friend.

Red is the one with the character flaw at the start of the film, and he’s the one who changes throughout the story. He goes through a character arc that mirrors the Christian description of repentance.

Our first scene of Red catches him at his parole hearing wherein he tries to convince the officers that he is “a changed man, and that’s God’s honest truth.” However, the flaccid insincerity of his plea deters the board from ever granting him his parole. He is merely chasing an end and feels no remorse. That isn’t the case by the end of the film when he finally demonstrates perspective and repentance.

Compare Red’s empty apology to his final words to the parole board: “I look back on the way I was then: a young, stupid kid who committed that terrible crime. I want to talk to him. I want to try to talk some sense to him, tell him the way things are. But I can’t. That kid’s long gone, and this old man is all that’s left. I got to live with that. Rehabilitated? It’s just a bulls**t word. So you go on and stamp your form, sonny, and stop wasting my time. Because to tell you the truth, I don’t give a s**t.”

But the real change is a lot deeper than Red’s public speaking ability. At the start of the film, Red is a cynic. Though he resents life as an inmate, he does not truly believe he could find happiness in the real world. The walls that trap him in Shawshank prison are mere metaphors for the walls in his heart that trap him in a state of perpetual cynicism.

That changes through his interaction with Andy. Unlike Red, and everyone else in Shawshank, Andy carries hope in his soul, like a spark that can’t be smothered by prison life. Andy carries this spark and uses it to bring warmth and life to everyone in Shawshank. Again, Andy is the main character, but Red is the one with the character arc.

Why does this distinction matter? I guess it’s because as much as we might wish we were Andy, most of us are Red.

That’s not me being derisive or pessimistic. Not only is Red a wonderful, complex character, it’s also the most comforting thought that for all our baggage we have the capacity to become better people, that the cages around our own heart can be melted away with faith and hope. 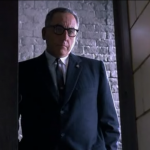 September 14, 2021 Pokemon and The Glory of Creation
Browse Our Archives
get the latest updates from
Sublime Cinema
and the Patheos
Entertainment
Channel
POPULAR AT PATHEOS Entertainment
1

Entertainment
Pokemon and The Glory of Creation
Sublime Cinema 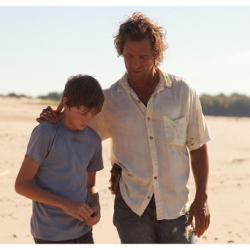