The Laws of God and Man 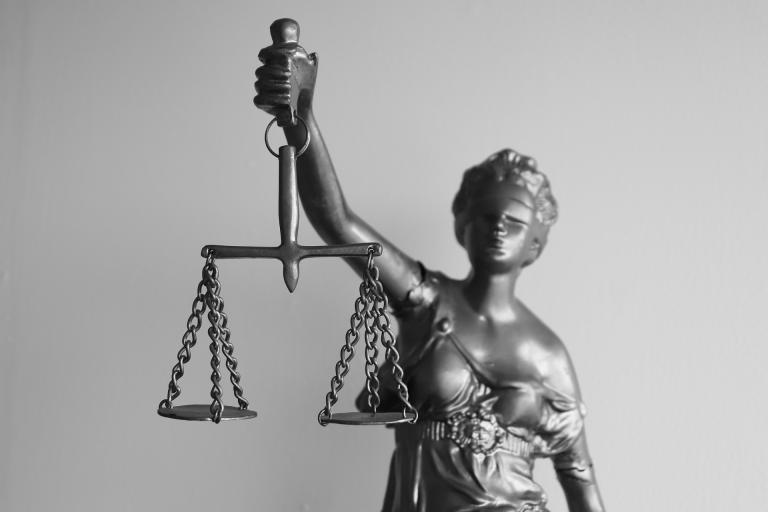 The question of morality is one of significant import to philosophy and theology. Specifically, where do our ideas of right and wrong come from? Are these ideas innate and thus part of human nature, or are they social constructs of our creation?

In this work, I will explore these questions within the framework of Catholic theology. I will begin by defining three types of laws: the eternal law, the positive law, and the natural law. I will then address whether objective morality exists. Finally, I will discuss the effect of original sin on humanity’s capacity to understand objective truth.

Eternal law refers to God’s rational and unchanging mind by which everything is created and by which everything is directed toward its proper end. Not only is the Word of God creative (Genesis 1:3), but it is also providential. Logos (or Word) is the power by which all things are created and maintained in existence. It is this that John the Apostle refers to when he writes, “In the beginning was the Word, and the Word was with God, and the Word was God.”

It should be pointed out that since God has created man in His image, human nature possesses the capacity to choose to cooperate with the Divine mind.

A point of departure for a discussion on positive law is Aristotle’s observation that human beings are social animals. It is in man’s nature to live in societies with other human beings. Moreover, it is self-evident that for these societies to endure, they must require their citizens to adhere to certain behaviors and norms with the risk of punishment for those who do not accept these behaviors and norms. The codified laws governing society are called positive law and include constitutions, statutes, and regulations.

The question before us is, what, if anything, are these human laws based upon? Catholic moral teaching asserts that positive law is just only when it is based on natural law.

A Catholic definition of natural law begins with intelligibility. That is to say that Catholicism asserts that God rationally orders the universe and that this order is knowable to human beings. This intelligibility exists on two levels. The first level of natural law is what makes science possible. If the universe were unintelligible, no science or philosophy would be possible because there would be no uniformity and no predictability.

The second level of natural law asserts that God endows human beings with certain rights, that these rights are universal, inviolable, and can be discovered using reason. Significantly, since natural law is independent of humanity, it is entirely objective. This level allows for ethics, which I will discuss below.

In accord with Thomas Aquinas, natural law is the manifestation of the eternal law, which is the mind of God. (Thomas Aquinas, Summa Theologiae; First Part of the Second Part).

Since the mind of God cannot be known by human reason, natural law bridges the gap between the eternal law (i.e., the mind of God) and the human intellect by making certain moral precepts knowable.

In conclusion of this section, natural law is objective (independent of human beings) and knowable to human reason. Because of this, positive law has historically been understood to precede from natural law (Marcus Cicero’s “De Legibus”).

If it is true, as Catholic teaching asserts, that morality is objective, how can we account for cultural differences? A survey of the laws of various nations and cultures would suggest that morality is subjective and learned, for we see different mores and laws across countries and cultures.

It should be observed that the variances of mores and laws are often variances in positive, not natural law. For example, it is common for cultures to have different laws about how courts function or how old one must be before driving. On the other hand, the prohibition on murder appears in every culture and time.

To what then can we attribute the variances in positive law? Since the precepts of laws are intelligible by way of reason, and since human reason is fallible, these laws are understood differently by different societies across time.

A product of natural law on human reason can be briefly put as do what is good, avoid what is evil. Yet Catholicism asserts that human reason has been diminished by original sin (Catechism of the Catholic Church, Paragraph 418). The effect of this clouding of the human intellect is to make the precepts of natural law opaque. Thus, even though a person seeks the good, the means to obtaining that good are often difficult for him to determine. This phenomenon is known as concupiscence. Instead of subordinating our reason to God, we subordinate our reasoning to our desires.

Since conscience is the knowledge of natural law and our capacity to apply it to individual circumstances, the Catholic Church stresses the importance of properly forming the conscience.

Finally, while natural law allows human beings to have knowledge of the eternal law or the mind of God, it is not the only way. Another way is Divine Revelation: God revealing Himself directly to humankind. While Divine Revelation is beyond the scope of this writing, the Bible provides examples of Divine Revelation and, indeed, is itself a form of Revelation.

In concluding this work, I have provided definitions for the three types of laws – eternal, natural, and positive. I then addressed the issue of objective morality. Finally, I have discussed the effect of man’s fallible reason on understanding the various types of laws as well as how original sin has affected natural law.

February 9, 2022 Moses and the Messiah
Browse Our Archives
Related posts from Summa Catholic