Moses and the Messiah 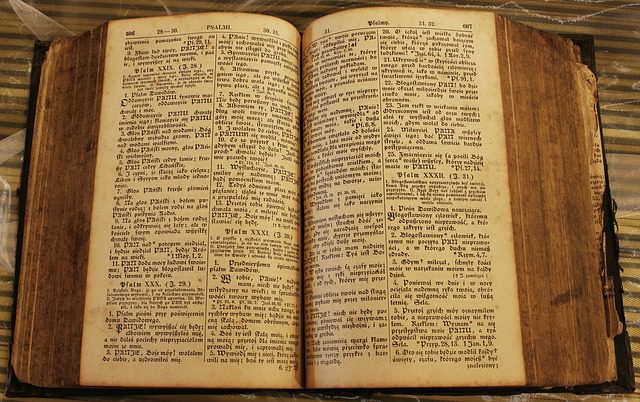 In the following exposition, I will identify three precepts of the Torah that make up the structure of the old law. I will then seek to show that through Christ, Catholics adhere to the Mosaic law.

The Mosiac law is more commonly known as the Torah. The Torah (Hebrew for teaching) can refer to the entirety of the Hebrew Bible. However, it is more accurate to speak of the Torah as the first five books of the Old Testament. For the purposes of this paper, I will limit myself to the first five books.

It is possible to identify three precepts that make up the structure of the Torah. They are the moral, the ceremonial, and the judicial. These precepts will be discussed below.

The Torah is also important for Catholic theology. Not only does it provide the creation narratives and the events leading to the expulsion from paradise, but the Torah also includes the Ten Commandments. As such, the Torah provides a wealth of data to Catholic theology. Indeed, the Catholic teachings on original sin and morality find much of their foundation in the Torah.

The new testament refers to the second division of the Bible and is composed of twenty-seven books. As inclusive of the revelation of Jesus Christ, the New Testament is understood by Christians to be the New Covenant. Yet this New Covenant between God and man is not intended to displace the Mosaic covenant but to fulfill it. (Matthew 5:17). Indeed, the foundation of Catholic moral teaching is the Ten Commandments.

Yet this brings us to the question at hand. If the Torah plays such a significant role in Catholic theology, should not Catholics be bound to the whole of the Torah?

We must delve into how Catholicism interprets the Bible to understand the answer.

More significantly, understanding scripture as an unfolding of Divine Revelation allows us to realize that Catholicism does indeed adhere to the Torah, only in a manner not foreseen by Judaism and often not understood by Christians.

To understand this more clearly, we must analyze the commandments and statutes of the Torah.

Divine Pedagogy and the Torah

It is advantageous to categorize the teachings of the Torah into three precepts: the moral, the ceremonial, and the judicial. These precepts may be understood as a form of Divine pedagogy. That is, how God sought to teach mankind how to live correctly.

The moral precepts of the Torah are those teachings that concern themselves with natural law and how mankind is to conduct himself. The most notable of these moral precepts are the Ten Commandments.

The ceremonial precepts are those aspects that concern themselves with how God is to be worshipped. This would include the various dietary laws enumerated in the Book of Leviticus as well as how the Temple is to be maintained.

Finally, the judicial precepts concern themselves with how individuals are to treat others. This precept includes such diverse subjects as trade, justice, and the proper ordering of government.

The moral precepts are those known to man by virtue of his reason and, as such, are to be understood as both universal and permanent. That is to say, the moral precepts are categorical imperatives (to use Immanuel Kant’s term). They are binding on all people at all times.

Having delineated those aspects of Divine pedagogy that appear in the Torah, we are ready to see how these three aspects find their fulfillment in Jesus Christ.

It is likely that Eusebius of Caesarea first formulated the doctrine of the threefold offices of Christ some three hundred years after the Crucifixion. The catechism articulates the offices this way, “Jesus Christ is the one whom the Father anointed with the Holy Spirit and established as priest, prophet, and king.”

The purpose of the following portion of this thesis is to argue that the threefold offices of prophet, priest, and king correspond to the three precepts of the Old Testament; the moral, the ceremonial, and the judicial.

Jesus as priest, prophet, and king

Under the Mosaic law, the ceremonial precepts involved the proper worship of God. This responsibility fell to the priests. The priest offered the sacrifices necessary to make atonement for sin (See Leviticus 17:11). In this way, the priest was the mediator between man and God.

Since Catholicism asserts that Jesus is both God and man, He is the mediator par excellence between man and God. Moreover, in offering Himself up to be crucified, Jesus becomes the perfect atonement for sin.

Therefore, Jesus acts as a mediator and as a sin offering (2 Corinthians 5:21), fulfilling the ceremonial precepts of the Torah.

Within the context of the Bible, a prophet is one who speaks the truth God seeks to proclaim. This capacity is not born of human reason. Rather, it is the power of the Holy Spirit working in and through a person that makes prophecy possible. (Levering, Matthew. Christ’s Fulfillment of Temple and Torah. University of Notre Dame Press 2002).

Jesus not only completes the Shema of the Old Testament (Deuteronomy 6: 4-9) but perfects it in the new law, “A new command I give you: Love one another. As I have loved you, so you must love one another.”

Jesus as a prophet (Luke 24:19) served to reveal the new covenant. As this new covenant is predicated upon love, it now becomes the moral code for humanity, fulfilling the moral precept of the Old Testament.

The final office to be addressed is that of the king. This office must be understood under two aspects.

The first aspect of Jesus’ kingship entails the perfect ordering of creation. This correct ordering, lost at the fall of man, is now rectified by Christ. As the Kingdom of God affects man, it properly orders his relationships with other human beings as well as with God.

Finally, we must say that to be baptized into the Catholic Church is to be grafted onto the mystical body of Christ. Therefore, by being members of Jesus’ mystical body, believers reap the benefits of the threefold offices of Christ and, so doing, adhere to the three precepts of the Torah.

February 13, 2022 The Problem of Predestination
Browse Our Archives
Related posts from Summa Catholic