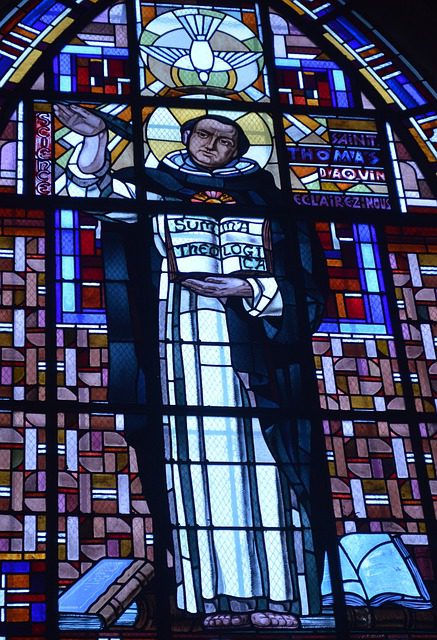 In continuing my series on Thomas Aquinas’s Five Ways for the existence of God, I now turn to Aquinas’s third way. This particular argument is a type of cosmological argument in that it is based on the contingency and necessity of the universe.

I will begin by introducing Aquinas’s third way. I will then provide the argument itself and provide an analysis of the third way. Lastly, I will discuss whether Aquinas is justified in his conclusion that God must be the first cause of the universe.

Here is how Aquinas frames his third way:

“The third way is taken from possibility and necessity. We find in nature things that are possible to be and not to be, since they are found to be generated and to be corrupted, and consequently, they are possible to be and not to be. But it is impossible for these always to exist, for that which is possible not to be at some time is not. Therefore, if everything is possible not to be, then there could have been nothing in existence at one time. Now, if this were true, even now there would be nothing in existence because that which does not exist only begins to exist by something already existing.

Therefore, if nothing were in existence at one time, it would have been impossible for anything to have begun to exist; thus, even now, nothing would be in existence — which is absurd. Therefore, not all beings are merely possible, but there must exist something the existence of which is necessary. But every necessary thing either has its necessity caused by another or not. Now it is impossible to go on to infinity in necessary things which have their necessity caused by another, as has been already proved concerning efficient causes. Therefore we cannot but postulate the existence of some being having of itself its own necessity, and not receiving it from another, but rather causing in others their necessity. This all men speak of as God.” (Aquinas, Thomas. Summa Theologica Complete in a Single Volume. 2018).

Since Aquinas’s third way is rather complex, I will try to explain each premise and conclusion in the order they appear in Aquinas’s argument.

At the heart of the third way is the conclusion that the universe is not a necessary entity. Aquinas begins by observing that things come into existence, are subject to corruption (a modern term would be entropy), and cease to exist. The fact that things come into existence and pass from existence (generation and corruption) proves that these things are contingent. Put another way, contingent beings are not the cause of their existence. As such, contingent beings do exist necessarily.

Moreover, if those things that do not exist of necessity did not exist at one time, they would not exist now. Of course, the universe (and everything in it) does exist now. The explanation for this aspect of the argument is that everything that comes into existence is dependent on its existence on another. As with the first and second ways, Aquinas dismisses the possibility of an infinite regress of contingent causes.

An infinite regress of contingent causes is illogical because such a regression would mean that no initial cause of contingent things exists. Without an initial cause, there would be no subsequent causes and effects. Therefore, Aquinas infers the existence of a being that exists necessarily and is the cause of existence for contingent beings. This being Aquinas calls God.

The cosmological argument is a philosophical one. As such, it does not necessarily confirm the existence of a personal God or even a God resembling the God of the Bible. Nevertheless, it provides a philosophical foundation to build on, which is what theology (owing much to Aquinas) does.

Still, one may question Aquinas’s conclusion. Even if we accept Aquinas’s argument for the need for a necessary first cause, is Aquinas justified in calling this first cause “God”?

Since that which creates must have perfect knowledge of its creation, the first cause must be omniscient (have a complete understanding of what it has created). Additionally, as the first cause exists eternally, it must know everything that has existed, is existing, and will exist.

It is these three qualities of omniscience, omnipotence, and omnibenevolence that the Bible ascribes to God.

God is omniscient in that, “Nothing in all creation is hidden from God’s sight. Everything is uncovered and laid bare before the eyes of him to whom we must give account.” God is omnipotent, for “With God all things are possible.” Finally, the Bible tells us that God is omnibenevolent, for “God is love.”

So we can see that Aquinas is biblically justified in inferring that the philosophical first cause of his third way is the God of the Bible.

In the preceding work, I have submitted Aquinas’s third way for the existence of God. I have provided an analysis of the argument. Finally, I have shown that Aquinas is justified in concluding that the first cause of existence as posited in his cosmological argument is the God of the Bible.