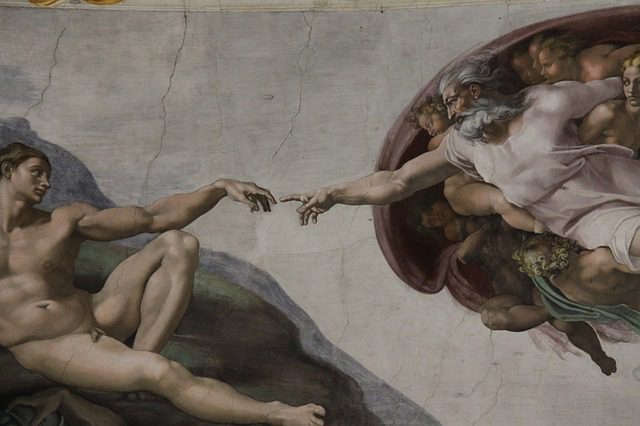 Much to the demerit of science and religion, we live in an age that thinks these two disciplines are contrary. If science is true, religion is not, and if religion is true, science must be false.

Nowhere is this view more evident than in the theory of evolution. For some, the theory provides a framework to understand life without appealing to God. For others, it is a blasphemous attempt to deny both God and the Biblical story of creation.

The following paper will discuss what evolution is (and is not) and what Catholicism has to say about the theory. I will conclude by arguing that evolution (accepting the theory as true) can actually be evidence for the existence of God.

In 1859, the English biologist Charles Darwin published “On the Origin of Species.” Darwin would argue that the traits and adaptations that differentiate species from each other can also explain how species evolved over time and gradually diverged. Darwin further argued that heredity is the mechanism that perpetuates variations and that these variations allow species to adapt and survive in the natural world.

Therefore, evolution may be defined as “any change in the frequency of alleles [a gene] within a population from one generation to the next.” (National Center for Science Education). Evolution proposes that organisms physically change over time to adapt to and thrive in their environment. These altered traits are then passed on to the organism’s descendants.

One of the principal ramifications of the theory is to infer a common ancestry. Accepting evolution means that every existing organism can be traced back to a single source, usually a single-cell organism.

While the theory of evolution is often assumed to be uniformly accepted by science, it does have its detractors and limitations. First, the theory is predominantly inferential. Evolution cannot be subjected to the scientific method. More importantly, at least from the perspective of religion and theology, evolution does not explain the origin of life. Ultimately, evolution explains mutations and adaptations of existing organisms, not how those organisms came to be in the first place.

What then does the Catholic religion have to say about evolution?

The Catholic Position on Evolution

Before commencing this section, it is useful to categorize evolution into three forms: cosmological, biological, and human.

With regard to cosmological evolution, the Church teaches that God created the universe from nothing. (Vatican One. Canons on God the Creator of All Things, canon 5). While the Church does not take a position on biological evolution, it does allow for the belief that the human body has evolved. However, the Catholic Church is adamant that the soul is created specially by God. (Pius XII, Humani Generis 36).

John Henry Newman exemplified the Church’s position when he wrote, “I see nothing in the theory of evolution inconsistent with an Almighty Creator and Protector.” (John Henry Newman Letters & Diaries. Oxford: Oxford University Press, 1973).

Can Evolution Prove the Existence of God?

While evolution is generally viewed from the perspective of science, I want to consider the theory philosophically.

At its core, evolution is about change. From the perspective of philosophy, things move from potency to act. Within the context of biology, cells cause tissues, and tissue causes organs (a grouping of cells is what tissue is, and tissue makes up organs). Within the context of philosophy, the cell is in potency to an organ. The fact that the cell is not always an organ means that it is caused to change. Whenever something changes, it is caused to change by something else (organs are caused by cells).

Nothing can cause its own change since something cannot have a quality of both potency and act at the same time (the cell can’t both be a cell and an organ simultaneously and in the same way). Therefore, whenever a cell changes, this change must have been brought about by something other than the cell, and that thing must already be in act (organs can only form from existing cells).

Logically, this progression (organs from tissue, tissue from cells) cannot proceed infinitely. An infinite regression would mean no initial cause of a cell and, thus, no subsequent possibility of life, let alone evolution. The solution requires a cause of these changes or adaptations which itself does not change.

Lastly, it should be mentioned that cells contain information in the form of DNA. The information dictates the type and function of the cell. The biologist Stephen Meyer likened the information in a cell to the code needed for a computer program (Kirk Durston, Ph.D., Biophysics, the University of Guelph and Stephen C. Meyer, Signature in the Cell, Harper One. 2009).

Inference from these premises suggests that evolution requires a changeless (and thus, eternal) cause that possesses an intellect. An intellect that exists eternally and is capable of causation are traits one can attribute to God.

We live in a time where many take a dialectical either/or view of science and religion. Nowhere is this philosophy more evident than in evolution. For many, evolution provides a framework to understand life on earth without having to make religious claims. For others, it is an outdated theory that fails to take into account the complexity of life or is simply an effort to bypass the need for God.

Catholicism, however, adamantly rejects any conflict between science and religion. As the Catechism puts it, “Though faith is above reason, there can never be any real discrepancy between faith and reason. Since the same God who reveals mysteries and infuses faith has bestowed the light of reason on the human mind, God cannot deny himself, nor can truth ever contradict truth” (Catechism of the Catholic Church 159).

In this paper, I have suggested a philosophical synthesis between evolution and a need for God. Even accepting evolution as a mechanism for speciation, there remains a need for both a first cause to create the conditions necessary for evolution as well as a need for a source of information required for the change that evolution claims are the cause of the origin of species.

April 27, 2022 Could God Have Made a Better World?
Browse Our Archives
Related posts from Summa Catholic