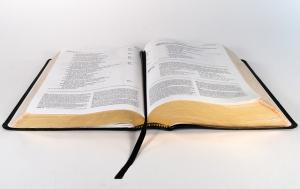 Like the books of the Old Testament, which can be categorized according to various criteria (history, prophetic, wisdom, etc.), so too are the New Testament books categorized.

In no way, however, should the Gospels be seen as copies or imitations of each other. To be sure, Matthew, Mark, and Luke present, in their own way and with different purposes, the life, Passion, death, and Resurrection of Jesus of Nazareth.

While Matthew is the first Gospel presented in the New Testament, Mark was the first to be written, around 70 C.E., Matthew was probably composed in the late 70s, and Luke in the late 80s.

In this work, I will endeavor to provide an overview of each Gospel and the purposes for which they were written.

This Gospel commences with a genealogy of Jesus. The genealogy is intended to show a predominantly Jewish audience that Jesus is the Messiah foretold of in the Hebrew Scriptures. The central theme of Matthew is to show that in Jesus, God’s promises of a Messiah are fulfilled.

Matthew assures his Jewish-Christian audience that Jesus is the authentic interpreter of the Torah. This is done by showing that in Christ that the two primary functions of the Jewish Temple are realized; the forgiveness of sins and atonement. Furthermore, Matthew’s use of the Hebrew Scripture emphasizes Jesus’ continuity with and fulfillment of the Old Testament.

In utilizing the history of Israel as the paradigm experience, Matthew aligns the story of Jesus and his followers with the literary, historical, and theological perspectives of Israel’s religious inheritance.

Matthew’s Gospel has significant theological implications, as well. He provides a comprehensive perspective on Jesus, giving an account of his miracles and teachings while placing them in their historical and religious context.

The Gospel of Mark is almost certainly authored by someone known as John Mark and is considered the first Gospel written (dates range from AD 59 to AD 70). The name John was a very common Hebrew name in the first century. Mark is likely a Roman name, as it was not unusual for first-century Jews to use Hebrew and Roman names.

Mark was an associate of Peter, who likely was the primary source of Mark’s Gospel. Mark was also a companion of Paul and the cousin of Barnabas.

In the shortest of the Gospels, Mark’s audience appeared to have been Christians in Rome. His Gospel emphasizes the determination and deeds of Jesus in overcoming the corrupt power of imperial Rome. Mark also accentuates the Passion, predicting it as early as chapter eight of his Gospel and devoting the final third of his Gospel to the last week of Jesus’ life. In light of the persecution of Christians in Rome, Mark appears to be preparing his reading audience for suffering and martyrdom by accentuating Christ’s Passion. There are many references, some clear and some veiled, to suffering and discipleship throughout his Gospel.

Mark provides a detailed account of Jesus’ ministry, often in a vivid style, where one incident follows directly upon another. In the narrative, Mark stresses Jesus’ message about the kingdom of God now breaking into human life as good news and Jesus himself as the Gospel of God. Jesus is the Son God sent to rescue humanity by serving and sacrificing his life. Mark, more than Matthew and Luke, accents Jesus’ ministry.

Mark also seeks to emphasize Jesus as a teacher. Mark applies the words “teacher,” “teach,” or “teaching,” and “Rabbi” almost to excess.

Saint Luke was born a Greek, and unlike Matthew (and probably Mark), he was a gentile. Luke’s Gospel is, perhaps, the most historical in its approach. Luke seeks to connect God’s plan for human salvation with Jesus’s ministry.

Luke is concerned with presenting Christianity as a legitimate form of worship in the Roman world and showing that Christianity can meet the spiritual needs of the Roman Empire. At the same time, Luke argues in Acts that Christianity is the logical development and proper fulfillment of Judaism and therefore deserves the same toleration and freedom traditionally accorded Judaism by Rome.

Not surprisingly, Luke’s Gospel emphasizes evangelizing the Gentiles. In his Gospel, we read of Jesus praising the faith of Gentiles, such as the widow of Zarephath and Naaman the Syrian, and we hear the story of the one grateful leper who is a Samaritan.

Uniquely, in Luke’s Gospel, women play an essential role. Luke writes about the women who accompanied Jesus, such as Mary Magdalene, Joanna, Susanna, Martha, and Mary, and “many other women who used their resources to help Jesus and his disciples.”

Luke also writes about the birth of Christ from Mary’s point of view, and she is essential in Luke’s Gospel.

Only in the Gospel of Luke do we read the stories of Mary’s Annunciation, her visit to Elizabeth, the Magnificat, the Presentation, and Jesus’ remaining in Jerusalem. In Luke’s Gospel, we learn the words spoken by the angel to Mary at the Annunciation, “Hail Mary, full of grace,” and Elizabeth’s words to Mary, “Blessed are you and blessed is the fruit of your womb, Jesus.”

In this paper, I have sought to provide an introduction to the synoptic Gospels. These Gospels, Matthew, Mark, and Luke, provide an invaluable theological resource while simultaneously providing a unique insight into the life, ministry, and death of Jesus Christ.

July 20, 2022 Do Not Go Quietly Into That Night
Browse Our Archives
Related posts from Summa Catholic