Trump and His Legal Team Rattled Enough to Discuss the “I” Word August 30, 2018 Susan Wright

Does he have reason to worry?

The possibility has been drifting about from the first day the Manhattan bully slithered into the Oval Office, but for most part, even Democrat leaders have brushed off the notion of President Trump eventually being impeached.

Apparently, however, with recent events being as they are, the president is seeking advice on what his options are, should impeachment be put on the table.

The Washington Post covered Trump’s sudden concern with the topic in a recent article.

According to the Post, Trump has consulted recently with his personal lawyers about the probability of impeachment proceedings. The Post reported that White House aides and counsel Don McGahn, who is expected to leave his position this fall, have cited the likelihood of impeachment in order to convince the president against doing things that they believe would hurt him.

Trump’s personal attorney, Rudy Giuliani, told the Post that he and Trump have “talked a lot about impeachment at different times.”

“It’s the only thing that hangs out there. They can’t [criminally] charge him,” Giuliani told the Post.

Giuliani has continuously pushed the notion that a sitting president cannot be indicted. The topic is still a bit murky, and given this report, we have to consider that Trump’s legal team have been going over the details, in depth.

That is even more likely, given last week’s disastrous news for the president.

In entering his plea, he pointed the finger at his old boss and under oath, declared that it was then-candidate Trump who directed him to commit felonies, by paying off mistresses, in order to buy their silence, just before an election.

On the same day, Trump’s former campaign chairman, Paul Manafort, was found guilty of eight out of ten felony counts, charges that arose from the special counsel investigation into Russian interference in the 2016 election, and the Trump campaign team’s possible involvement.

David Pecker, CEO of American Media, Inc., the parent company of supermarket trash mag, the National Enquirer, and longtime friend of Trump signed an immunity deal offered to him by prosecutors in Cohen’s case.

Along with that came news that Pecker kept a security safe full of details of “catch and kill” deals made on Trump’s behalf, in order to bury troublesome dirt.

It would be, but it still wasn’t over.

Allen Weisselberg, chief financial officer for the Trump Organization, a man called the “keeper of the vault” also signed an immunity deal with prosecutors.

Weisselberg, along with Trump sons, Donald Jr., and Eric was left in charge of the Trump’s business interests when he became president.

He’s what’s called a “big fish” and his signing an immunity deal with prosecutors could be devastating.

According to the Post, Trump’s advisers are concerned that the president lacks the staff and legal strategy to defend himself against a potential Democratic sweep of the House, which would likely result in a number of subpoenas against Trump’s administration or the commencement of impeachment proceedings.

That would explain Trump’s desperate appeal to evangelical leaders on Monday, telling them there would be violence if Republicans didn’t maintain the majority in the midterm elections.

While the “i” word floats about, Trump’s advisers and legal team are considering bringing in Abbe Lowell, in the event Democrats take over in November.

Lowell is the attorney for Trump’s son-in-law and senior adviser, Jared Kushner.

And to paraphrase someone from social media: If you ever feel your job is pointless, just keep in mind that there is an ethics attorney at the Trump White House.

All of this may actually explain some of President Trump’s more manic, panicky recent tweets, such as this inexplicable doozy:

What’s going on at @CNN is happening, to different degrees, at other networks – with @NBCNews being the worst. The good news is that Andy Lack(y) is about to be fired(?) for incompetence, and much worse. When Lester Holt got caught fudging my tape on Russia, they were hurt badly!

He’s talking about the interview with NBC News’ Lester Holt, just after the firing of FBI Director James Comey, where he admitted he was going to fire Comey, even before the statements from Attorney General Jeff Sessions and Deputy Attorney General Rod Rosenstein. When speaking to Holt, Trump said he fired Comey because of “the Russia thing.”

His claim today that the tape, where you see him talking freely and uninterrupted, was somehow altered is desperation.

That actually led to Rosenstein appointing special counsel Robert Mueller, as the initial Russia probe then became an obstruction and collusion investigation.

Trump can’t get out of his own way. 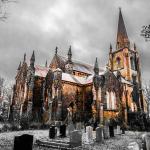 August 29, 2018
At the Altar of Baal: American Evangelical "Leaders" Confuse Politics for Faith
Next Post 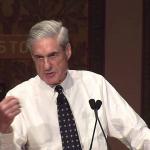 August 31, 2018 Will a Weekend News Dump Bring Down Another Trump Associate?
Recent Comments
4 Comments | Leave a Comment
Browse Our Archives
get the latest from
Susan Wright on the Right
Sign up for our newsletter
POPULAR AT PATHEOS Politics Red
1