So earlier today, we discussed the bombshell news that former attorney and “fixer” to Donald Trump, Michael Cohen, had reached a plea agreement with special counsel Robert Mueller’s team.

Cohen appeared in a federal court today and pleaded guilty to lying to Congress in 2017 about his contacts with Russians during the 2016 presidential campaign.

Cohen flipped on his old boss very publicly, and has been anxious to work with investigators.

After the initial reports of Cohen’s plea deal hit the news earlier, Donald Trump called him “weak” and said he was only doing it to get a lighter sentence.

That’s an interesting stance, considering he called those who have lied to investigators, such as Paul Manafort and Jerome Corsi “strong” and “good guys.”

He sounds a lot like a mob thug, doesn’t he?

The crooks are “strong” and the man willing to work on the side of the law and not take a fall for his old boss is the “weak” one.

So what does Cohen now admit to lying about?

First of all, the Trump Tower Moscow deal lasted well past the time that Donald Trump won the Republican nomination. Cohen was still speaking with Russian officials in June of 2016.

He also said he spoke with “Individual 1,” which would be Trump, at least three times about the progress of the plans to build a Trump property in Moscow.

He spoke with other family members, such as Donald Trump Jr., and took steps to ready for a Trump trip to Russia.

Now we’re hearing even more about that deal.

According to what Michael Cohen told authorities, the Trump Organization, in working out the deal for the property in Moscow, were planning to give the $50 million penthouse apartment of the property to Trump’s special man-crush, Russian President Vladimir Putin.

The revelation that representatives of the Trump Organization planned to forge direct financial links with the leader of a hostile nation at the height of the campaign raises fresh questions about President Trump’s relationship with the Kremlin. The plan never went anywhere because the tower deal ultimately fizzled, and it is not clear whether Trump knew of the intention to give away the penthouse. But Cohen said in court documents that he regularly briefed Trump and his family on the Moscow negotiations.

I’m thinking he knew. As head of the company, wouldn’t he have to approve of such a massive “gift”?

Of course he would.

The two men worked furiously behind the scenes into the summer of 2016 to get the Moscow deal finished – despite public claims that the development was canned in January, before Trump won the Republican nomination. Sater told BuzzFeed News today that he and Cohen thought giving the Trump Tower’s most luxurious apartment, a $50 million penthouse, to Putin would entice other wealthy buyers to purchase their own. “In Russia, the oligarchs would bend over backwards to live in the same building as Vladimir Putin,” Sater told BuzzFeed News. “My idea was to give a $50 million penthouse to Putin and charge $250 million more for the rest of the units. All the oligarchs would line up to live in the same building as Putin.” A second source confirmed the plan.

A lot of the talk surrounding today’s events is whether this was a legal thing for Donald Trump to do.

Technically, yes. He can still run his business, right up unto the point where he is named president.

That being said, once he is the nominee (which happened in May 2016), if it looks like he’s making moves to court hostile foreign powers for personal gain, it becomes a real ethical quagmire.

A solid for instance to consider would be if Trump’s personal business is so tied to Russia, that they could use that as leverage to have sanctions lifted (something Trump had to be pushed into enforcing), or maybe even have the language in the GOP platform towards Russia softened (something that happened at the RNC convention).

Another interesting (maybe infuriating) tidbit from today’s well of bad news is that in his press conference, Trump said that IF he did it, it wouldn’t be illegal for him to keep running his business.

He further led listeners to believe that he had no real intention of winning, so he didn’t see the need to stop his actual job.

Trump had personally signed the letter of intent to move forward on the Trump Tower Moscow plan on Oct. 28, 2015, the day of the third Republican presidential debate.

Two FBI agents with direct knowledge of the Trump Tower Moscow negotiations told BuzzFeed News earlier this year that Cohen was in frequent contact with foreign individuals about the real estate venture — and that some of these individuals had knowledge of or played a role in 2016 election meddling. The identity of those individuals remains unknown.

And if that’s proven true, the wails of “NO COLLUSION!” are pretty much pointless. 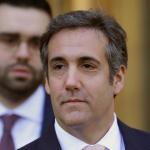 November 29, 2018
Michael Cohen to Plead Guilty to Lying to Congress in Russia Probe
Next Post 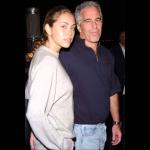 November 30, 2018 The Victims of Jeffrey Epstein Are Naming Names, in Their Search for Justice
Recent Comments
3 Comments | Leave a Comment
Browse Our Archives
get the latest from
Susan Wright on the Right
Sign up for our newsletter
POPULAR AT PATHEOS Politics Red
1