You Will Not Get Rich in the Dinar Scam

You Will Not Get Rich in the Dinar Scam November 20, 2018 Susan Wright

Is this MAGA or MDGA?

That would be “Make the Dinar Great Again.”

In the latest parody-to-real-life thing happening in the kingdom of MAGA, we see a nearly decade-old scam coming to vivid life for the faithful clingers to every, incoherent word of Donald Trump.

In this particular scam, Trump supporters have decided to invest hefty sums of money into the Iraqi dinar, a currency worth less than an American penny. The goal is to have enough invested in this worthless currency, so that when a coming “revaluing” happens, boosting the worth to somewhere around $3 or $4 for a single dinar, they’ll all be rich.

They’d be better off playing the lottery, here, but for these true believers, a single comment from President Trump in 2017 pretty much set them on fire. If he can be a messiah here, he can surely bring wealth and goodness to the whole world, right?

In what was a 2017 press conference, Trump said all currencies would be on a “level playing field,” soon. He was talking about those perceived trade imbalances with China, but that’s not how his followers took it.

One particular investor, Hayes Kotseos, of North Carolina, explains her family’s hopes for the dinar.

“I love my president, and I was like, ‘Oh my God,’” Kotseos told The Daily Beast.

The purchase, Kotseos said, cost her and her husband somewhere between $5,000 and $10,000, counting the cut to the company that sold them the dinars. Two of her adult children have bought millions more dinars, too.

“If it happens, it’ll be awesome and there’ll be a huge party at my house,” Kotseos said.

Of course, there was a time, before the first Gulf War, when the dinar actually was worth about $3, but war, sanctions, and time have taken a toll and driven the value to near-nothing.

State regulators have been warning against this scam. There have been indictments against dinar sellers, even, for misleading investors about the prospects. None of this is dissuading them.

The dinar scam has become particularly Trump-centric since 2015, over rumors that Trump has personally invested in the dinar (there’s no evidence that he actually does). Search-engine searches related to Trump and the dinar have shot up, according to Google Trends, returning hoax articles claiming Trump has bought millions of dollars worth of dinars.

They’re reaching out to Trump across social media, hoping he can fast-forward the process of making the dinar great again.

“MR TRUMP. I really admire you….please help us with this RV,” wrote one Twitter user. Another asked Trump to increase the dinar’s value to “give us the financial tools we need to support your efforts.”

Who wants to take the bet that the online conspiracy hucksters, QAnon are also hot with this crowd?

It would seem this is the kind of scheme crafted perfectly to take advantage of this really dumb era.

Jay Addison, an attorney who follows financial scams, watched for six years as dinar believers’ hopes for a revaluation failed to materialize. After writing a 2012 blog post about why the dinar was a bad investment, Addison heard from dinar investors who insisted the RV was about to occur.

Addison, who calls the hype around the dinar a “study in stupidity,” said he’s personally encountered dinar investors who were otherwise savvy in business but became entranced by the prospect of instant riches.

“I’ve had a few clients fall for it,” Addison said. “They weren’t really the sharpest knives in the drawer.”

“They’re basically told that it’s a sure thing. Nine out of 10,” Addison said. “When it’s actually one in a hundred billion.”

He’s not even saying that it couldn’t happen. What he’s saying is that the likelihood is so small that investors in this particular scam are really throwing money away.

There are online clubs for these investors, with names like, “Dinar Vets” or “Dinar Detective.” They even have unboxing videos, where they video themselves opening up the boxes of dinar they receive.

These guys are really dedicated.

Did I mention it was a scam?

But the dinar-specific corners of the internet are also rife with manipulation. In October, the owners of a Georgia-based dinar reseller that made $600 million selling the dinar and other currencies were convicted of fraud for misleading investors about the dinar’s chances to gain value.

Their scheme, according to prosecutors, included paying off a dinar “guru” to tell his fans in chat rooms and conference calls that he had high-level sources in American and Iraqi government and international financial institutions who were sure a revaluation was imminent.

Dinar holders had what one of the accused sellers described as a “cult-like” devotion to their dinar guru’s news. But according to prosecutors, those government “sources” were entirely fictitious.

The most devoted dinar investors tend to become obsessed with the minute details of Iraqi politics, convincing themselves that a new director of the Iraqi central bank or a particular infrastructure program in Nineveh is all that stands between them and millions of dollars.

Chatrooms, “fake news” sites, and appeals to President Trump to wave his magic MAGA hat, to speed up the revaluing process – this is all part of the bizarre dinar craze.

MR TRUMP. I really admire you.. you have done a positive. political impact on the American People In such a short time.. please help us with this RV.. get the credit you deserve ..the people WILL. know you helped us !!!! Today

Imagine if these people took the tens of millions they’re investing in a scam to make sound investments with their money. Where would they be in another ten years?

I’m going to guess a lot better off than with this particular flimflam. 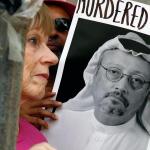