After Trump Demeans Intelligence Community, Some Speak Out

This is both embarrassing and concerning.

Who am I kidding?

This lack of intellectual weight and vacuous preoccupation is actually celebrated today. It’s actually seen as the hallmark of a “true American” to know nothing, as long as your social media game is strong.

And it extends to both major parties, lest anyone with a partisan bent begin to feel that they’ve somehow escaped this disgraceful age of idiocy.

The problem our republic is now burdened with, however, deals with the incurious dolt currently in possession of the nuclear codes.

It wasn’t enough that he threw them under the bus, while standing next to Russian President Vladimir Putin in Helsinki last year.

After the testimony of our intelligence leaders, he took to Twitter to demean them, by suggesting that they were “passive and naïve,” and even said they should “go back to school.”

I know Trump and his defenders have often groused about the “disloyalty” within the administration of those who leak, but let’s be honest: His continued attacks against those around him, our institutions and the men and women who devote their lives to doing a good job for our nation does not instill loyalty.

With that in mind, sources within the intelligence community have reached out  to Time to explain just where the disconnect is happening between the president and their efforts.

Citing multiple in-person episodes, these intelligence officials say Trump displays what one called “willful ignorance” when presented with analyses generated by America’s $81 billion-a-year intelligence services. The officials, who include analysts who prepare Trump’s briefs and the briefers themselves, describe futile attempts to keep his attention by using visual aids, confining some briefing points to two or three sentences, and repeating his name and title as frequently as possible.

What is most troubling, say these officials and others in government and on Capitol Hill who have been briefed on the episodes, are Trump’s angry reactions when he is given information that contradicts positions he has taken or beliefs he holds. Two intelligence officers even reported that they have been warned to avoid giving the President intelligence assessments that contradict stances he has taken in public.

In other words, their jobs, their expertise, mean nothing. They have been directed to abandon what they know and simply tell the emperor how wonderful his new clothes are.

When government becomes about stroking the ego of one man and keeping him placated, above doing the actual job, you no longer have a free republic.

I wish I was kidding.

The problem has existed since the beginning of Trump’s presidency, the intelligence officials say, and for a time they tried to respond to the President’s behavior in briefings with dark humor. After a briefing in preparation for a meeting with British Prime Minister Theresa May, for example, the subject turned to the British Indian Ocean Territory of Diego Garcia. The island is home to an important airbase and a U.S. Naval Support Facility that are central to America’s ability to project power in the region, including in the war in Afghanistan.

The President, officials familiar with the briefing said, asked two questions: Are the people nice, and are the beaches good? “Some of us wondered if he was thinking about our alliance with the Brits and the security issues in an important area where the Chinese have been increasingly active, or whether he was thinking like a real estate developer,” one of the officials said wryly.

I’m just going to go ahead and assume, based on previous experiences that he was thinking about real estate and how he could turn this into a money-making venture for the Trump Organization.

Then there is concern over President Trump’s love of dictators.

Trump stood in front of one of his roaring and fatuous rally crowds last year and poo-pooed concerns over his praise of North Korean dictator, Kim Jong Un.

Even as reports had surfaced that North Korea had not, in fact, given up their nuclear pursuits, Trump told the crowd that he and the insane, bloodthirsty tyrant had “fallen in love.”

And his fans love that, including his evangelical base, even though North Korea and the Kim regime are rated as the number one, most oppressive and dangerous place for Christians in the world.

There is also fear among intelligence officials that Trump could bungle any trade talks with China’s Xi Jinping, giving up everything in order to make a trade deal that he could brag about. This would be in exchange for letting China off the hook for myriad issues, ranging from espionage to China’s military buildup and geopolitical aggressiveness that could put them on par with Russia (Trump’s other weak spot).

Trump only cares about the veneer he puts on an issue, how he can twist it to make his deal-making appear more competent and worthwhile than it actually is.

If he cared about actual solutions, he’d put more study and effort into learning about a problem.

Three other officials worry about what one of them calls “precipitous troop withdrawals” from Syria and Afghanistan and a peace deal with the Taliban that in time would leave the extremist Islamic group back in charge and wipe out the gains made in education, women’s rights and governance since the U.S. invaded the country more than 17 years ago.

And let’s not forget who benefits from those withdrawals.

It’s not the United States.

Of course, none of this is going to sway the true Branch Trumpidian disciples. We have to hope, however, that our intelligence community does not become disheartened.

Now, more than ever, we need them to be focused and involved. 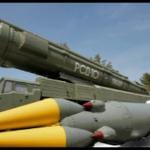 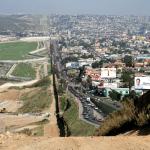 February 4, 2019 Could the GOP Erupt Into Civil War Over Trump's Wall?
Recent Comments
7 Comments | Leave a Comment
"Responding to RebeccaSusanWright - "Since when is President Trump the example of the reputation of ..."
brmckay A Fresh Warning for Evangelical Trump ..."
"I've always been fascinated at the philosophically cannibalistic nature of how adding "transgenderism" to the ..."
JASmius Idaho Moves to Defend Female Athletes ..."
"I will consider your argument when Cruz or Jim Jordan or other top tea party ..."
brad_sk Profiles in Cowardice: Ted Cruz
"so, why aren't you so proud to actually admit to it?"
KDNDLKJ Pure Blasphemy! Host Sees “Christ” Emanating ..."
Browse Our Archives
Follow Us! 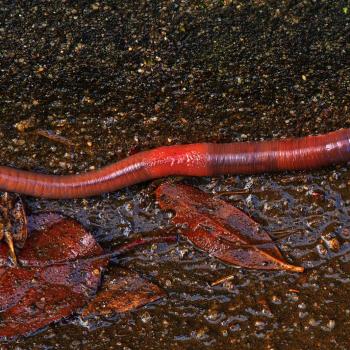 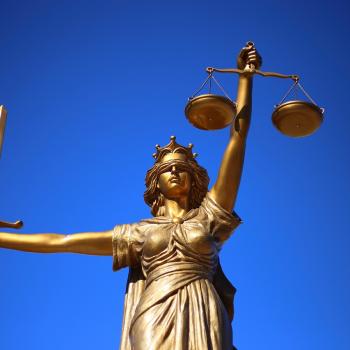 Politics Red
GOP Senators Vote to Conceal Evidence and a...
Susan Wright on the Right
TRENDING AT PATHEOS Politics Red