So there’s something interesting going on in the Democrat fantasyland of newly minted Congresswoman Alexandria Ocasio-Cortez.

It would appear – and I caution that details are still emerging – that the fresh, young socialist wunderkind has adapted to life in the D.C. swamp in record speed, and with relative ease.

She speaks about changing the world out of the face you see, but that second face is really just about benefitting she and her live-in boyfriend.

Thanks to some clever sleuthing by Luke Thompson, over at Medium, the sordid little tale of how AOC and her boyfriend, Riley Roberts, may have funneled money from a wealthy benefactor, and how, in return, that same wealthy benefactor was rewarded with a government position.

So, so very swampy.

Convenient, right? And she still gets to play the innocent, wide-eyed millennial socialist role.

Let’s walk this back, a bit.

On Wednesday morning, Thompson discussed how his Twitter mentions had ingloriously exploded, after he posted a screen grab of Riley Roberts’ House Microsoft Outlook card, showing that Roberts was now designated as “staff” for AOC.

She’s got an in-house squeeze. How nice for her.

That prompted AOC to go after Thompson, insisting that what he saw was simply a necessity for allowing her boo-thang access to her official calendar.

Why does her boyfriend need access to her official calendar, unless he’s now on staff?

Chief of Staff, Saikat Chakrabarti also bombarded Thompson with a bit of stupid, accusing him of “doxxing” Roberts, after he posted his LinkedIn profile, government address and phone number.

That’s not doxxing, if it wasn’t a personal address or number. If it’s a government address and number, then the public has every right to know.

After briefly being banned by Twitter, Thompson was reinstated with an apology.

There was no doxxing.

During my suspension I talked to a Congressional spouse, a few reporters, and some staffers from both parties. AOC hasn’t exactly been winning friends lately, which is how I got Roberts’s Outlook screen grab in the first place. A rumor on the Hill was circulating that Roberts had attended a Congressional Progressive Caucus meeting. A tipster looked to see if he’d been given staff credentials. It appeared he had. All agreed this was irregular if he was just a spouse.

Per the House Admin office, a family member can, in special circumstances, get a house.gov email address. But Roberts is not a family member, and although AOC referred to him as her partner in November of last year, she omitted him from her mandatory candidate financial disclosures for 2017 and 2018. Perhaps they’ve gotten married since. If so — if he is her spouse now — we should see his finances disclosed along with hers in her 2019 disclosure form due in May. But to be clear, AOC did not disclose Roberts’s finances as a spouse during her campaign.

Probably because he’s not really a spouse.

What Roberts could do was serve as a volunteer for his girlfriend’s office, and that would be acceptable.

And by “volunteer,” I mean work for free.

That, however, is not what’s happening.

Thompson definitely did his homework.

Apparently,  Roberts’ name is on the House directory, as of last Friday, showing that he is “incoming” on AOC’s staff roster.

So I went to the FEC, did a little searching, and discovered that, lo and behold, there’s more to the story. Now, during the original kerfuffle, some folks noticed that AOC’s campaign had paid Roberts $1,750. That’s not quite what transpired. Roberts was “paid” only as a means of keeping accounting in order. In the first half of 2018, Roberts did some free work for the campaign. That work got put on the books as an in-kind contribution and then discharged as an expenditure for accounting purposes. That’s perfectly normal. It’s a way to keep people from circumventing federal contribution caps by providing discounted or free services.

In 2017, Chakrabarti hired Roberts for some other work.

At the beginning of 2017, Chakrabarti created Brand New Congress, an organization dedicated to shaking things up in Democratic primaries. It’s a rather ingenious organization, but one that dwells in a legal gray-area as far as campaign finance law is concerned. It facilitates campaigns on shoestring budgets by providing a single clearinghouse for campaign services, generally filed under the banner of “strategic consulting”. But, as a result, it limits the meaningfulness of FEC disclosures by those campaigns. Additionally, it means that Brand New Congress, unlike most PACs, spends most of its budget on overhead and makes relatively few actual contributions to candidates.

Additionally, Brand New Congress is not one thing, but rather two. It’s a nonqualified political action committee — a PAC — that can raise and bundle campaign contributions for candidates. Donations and expenditures from PACs, like those to and by candidates, are publicly disclosed. However, Brand New Congress is also a LLC, owned by Chakrabarti, that provides campaign services to candidates to help lower the barriers to entry. LLCs do not have to disclose or itemize their spending.

This is a clever way to try to make running for office easier and to place a lot of small bets on a lot of insurgent candidates and hope for a few lucky wins. And that pretty much seems to be what happened.

Founded in January 2017, the PAC is affiliated with Justice Democrats, which is, itself, a collaboration between Chakrabarti and Cenk Uygur, of The Young Turks fame.

Over the course of the cycle, Justice Democrats would pay Brand New Congress LLC $605,849.12. They would also share an address. In May, Brand New Congress changed the address for its custodian of records to 714 South Gay Street in Knoxville, TN. In August, it switched addresses again, but in December of 2017, Justice Democrats registered at the address. AOC also used the Knoxville address in her first candidate filing, which incorrectly registered her to run in New York’s 15th Congressional District.

She switched five days later to the 14th District, added her campaign committee and registered at an address in the Bronx.

And here’s the catch:

Eighteen days after that, AOC’s campaign paid them another $6,191.32, and wouldn’t you know it, but they turned around and paid Roberts another $3,000.

Why would Chakrabarti, a founding engineer at Stripe and a wealthy veteran of Silicon Valley, be hiring a no-name “UX Experience” guy with little discernible marketing experience to serve as Brand New Congress PAC’s sole marketing consultant?

The answer seems to be that Chakrabarti was funneling money paid to him by AOC’s campaign back to Roberts and by extension to AOC.

At the beginning of October, more than four months into her campaign, AOC’s fundraising had been anemic. Excluding an in-kind contribution from Chakrabarti, she’d raised only $3,032.75 but had already spent $27,591.27 — more than half of which she’d paid to Chakrabarti’s Brand New Congress LLC. By the end of 2017 she’d spent $37,249.94 but raised only $8,361.03. That’s a lot of money to stick on a credit card. Since no loans are recorded on her campaign books, presumably either AOC or Roberts was fronting the necessary cash.

So AOC was getting reimbursed for a considerable portion of her expenditures by Chakrabarti, in order that she might stay in the race, even as her debt was rising.

When AOC won, she then hired Chakrabarti, her strategist/patron, as her Chief of Staff. Taking money from a rich guy, trying to hide it by passing it through a PAC, and then giving her benefactor a government job.

That’s definitely unethical and potentially illegal. Chakrabarti may have made an illegal campaign contribution in excess of federal limits. Regardless, it raises questions about Chakrabarti’s hiring as AOC’s Chief of Staff after her election. Maybe add that to your next lightning round, Congresswoman.

And as Thompson pointed out in his piece, it took him only a couple of hours to look up all this information and put it together. If he can do that, why not the more established, well-funded media outlets?

Because they didn’t want to know. That’s why. 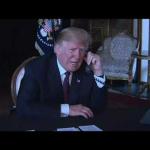 February 19, 2019
Trump Hoped Acting AG Whitaker Would Be the Buffer He Needed
Next Post 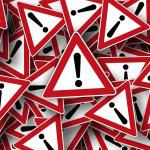 February 21, 2019 Coast Guard Officer Wanted All Humanity Wiped Out
Recent Comments
11 Comments | Leave a Comment
"First, Susan, hope you're okay as been a bit since last update.Second, we see the ..."
Michael Weyer Reopening During a Pandemic: Is it ..."
"You should have the IRS give you tax exempt status. The order of Trumpianity definitely ..."
Daniel Ramos Riding Out the Blue Wave
"Hi Daniel good to hear from you again and I hope all is well with ..."
The Blue Tail Gadfly Riding Out the Blue Wave
"Gadfly my chum, your intellect and conservative adherence is a welcome oasis from the mental ..."
Daniel Ramos Riding Out the Blue Wave
Browse Our Archives
Follow Us!