So here’s a question:

If the Mueller report was such a victory for Donald Trump and all of Trumpdom, why is he still acting like the clock is ticking away to his last moments of freedom?

As a matter of fact, the president only took a brief victory lap after his fixer, Attorney General William Barr dropped his well-scripted presser on Thursday, pushing a false narrative of a report that assured us the Oval Office is currently occupied one of the most unfit individuals to ever hold public office.

To have heard and only paid attention to Barr’s comments, you would think Trump’s reputation and conduct during the 22 month Russia probe was spotless.

After the redacted report was made public, however, the reality was shockingly stark, for any who cared to read it.

Fox News legal analyst, Judge Andrew Napolitano went so far as to suggest the president may not be completely off the hook (and certainly not exonerated).

“Depending upon how you look at them, it might be enough to prosecute,” Napolitano said on his series “Judge Napolitano’s Chambers.”

“But it did show a venal, amoral, deceptive Donald Trump, instructing his aides to lie and willing to help them do so. That’s not good in the president of the United States,” he added.

“On obstruction of justice … the president is not exactly cleared,” he also said on the show, pointing to nearly a dozen instances of potential obstruction detailed in the report.

These were the issues that Mueller intended for Congress to have the final say about. It was William Barr who ran interference and insisted on putting his own spin out into the public, first. He wanted an image of a victimized, but innocent Donald Trump.

Once that narrative is settled in, it’s hard to uproot it from the minds of those who were waiting for that conclusion, even when the reality is very different.

The public should have been allowed to see the report at the same time as Congress, so real discussion could have taken place.

Attorney General William Barr will not emerge from this with his reputation intact. He’s using the office to cover for a single, central government figure. Maybe he feels this is his last chance at glory?

He’ll soon find himself entangled in subpoenas and Congressional testimony, for his part in attempting to run block for the president.

In the meantime, Trump continues to lash out. He’s scared to death.

On Saturday morning, he continued his attacks on Robert Mueller, as if nothing has changed.

“Despite the fact that the Mueller Report should not have been authorized in the first place & was written as nastily as possible by 13 (18) Angry Democrats who were true Trump Haters, including highly conflicted Bob Mueller himself, the end result is No Collusion, No Obstruction!” Trump tweeted.

Meanwhile, it’s obvious he still hasn’t read the report for himself.

The end result of the greatest Witch Hunt in U.S. political history is No Collusion with Russia (and No Obstruction). Pretty Amazing!

That’s not what the report shows.

Mueller noted every case where Trump attempted to obstruct, through staffers. It was their unwillingness to take the fall for him that kept him from obstructing the investigation, outright.

“With respect to whether the President can be found to have obstructed justice by exercising his powers under Article II of the Constitution, we concluded that Congress has the authority to prohibit a President’s corrupt use of his authority in order to protect the integrity of the administration of justice,” Mueller wrote.

Democrats in Congress are taking this seriously, and they intend to go over every aspect of the report.

“Impeachment” has been floated, but for the moment, few Democrat lawmakers are willing to go to that extreme, just before an election season.

So why is Donald Trump still fighting this battle?

You can look to some of those redacted portions. Mueller farmed out a lot of cases out to the Southern District of New York, and their hands are not quite as tied as that of Congress.

With that in mind, President Trump should be crafting some grade-school insults for his home state, any day, now. 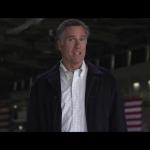 April 19, 2019
Is Senator Romney the Only Republican Lawmaker Who Read the Mueller Report?
Next Post

April 22, 2019 Trump Waves His Iron Fist of Rule
Recent Comments
15 Comments | Leave a Comment
"It is appalling that if we'd had a concentrated effort on masks/distancing back in even ..."
Michael Weyer Battleground: SCOTUS
"If Biden can cobble that coalition together and our country is in better shape in ..."
Pennybird When It’s All Too Much – ..."
"I am disappointed in the SCOTUS ruling. BUT, I do believe masks should be mandated ..."
Ellen Elmore Battleground: SCOTUS
"Key thing to remember is right now, GOP would have media-savvy guys making ads sharply ..."
Michael Weyer When It’s All Too Much – ..."
Browse Our Archives
get the latest from
Susan Wright on the Right
Sign up for our newsletter
POPULAR AT PATHEOS Politics Red
1