Dumb Internet Grifter, Jacob Wohl, Continues Record of Being Really Bad at It

So Jacob Wohl, the treacherous internet stain who found himself in hot water last year, after promising to bring forward women with harrowing tales of sexual assault at the hands of special counsel Robert Mueller is at it, again.

For the record, the FBI began to investigate the claims, and after a bizarre press conference with Wohl and his partner in idiocy, Jack Burkman, in which the promised “victim” never showed, the attempt to smear the former FBI director seemed to fade away.

Like a nasty, infected pustule, however, Wohl and Burkman are back, using the same despicable bag of tricks.

This go around, their target is Pete Buttigieg, the rising star among the host of potential Democratic presidential candidates.

Apparently, Wohl and Burkman are taking their dishonest act on the road, approaching young men and attempting to have them accuse Buttigieg, the openly gay mayor of South Bend, Indiana of inappropriate sexual contact.

The Daily Beast was able to grab the story from one source who was approached by the duo.

The source who spoke to The Daily Beast said Burkman and Wohl made clear that their goal was to kneecap Buttigieg’s momentum in the 2020 presidential race. The man asked to remain anonymous out of a concern that the resulting publicity might imperil his employment, and because he said Wohl and Burkman have a reputation for vindictiveness.

But the source provided The Daily Beast with a surreptitious audio recording of the meeting, which corroborates his account. In it, Wohl appears to refer to Buttigieg as a “terminal threat” to President Donald Trump’s reelection next year.

On Monday, a separate individual using the name of Hunter Kelly published a post on the site Medium in which he alleged that Buttigieg sexually assaulted him in February. That post was tweeted out by David Wohl, Jacob’s father, and quickly re-written by the site Big League Politics, which is known as a landing ground for right wing conspiracy theories.

One of those places where the deranged wingnuts reside.

The young man in question, Kelly, has a Twitter and Medium account that was created only this month. He also has a Facebook page that lauds President Trump and attacks Hillary Clinton.

It gets more bizarre.

The Daily Beast reached out to Kelly on a cell phone listed to him in the student directory at his  Michigan college. Told we were reporting on apparent efforts by Jacob Wohl and Jack Burkman to drum up false sexual assault allegations against Buttigieg, Kelly replied, “I was unaware this was happening. But yes it is true.”

Kelly wrote that he did not control the newly-created Medium and Twitter accounts that posted the allegations under his name. When asked if he could verify his identity, he texted the Daily Beast a selfie that matched the photo seen on Medium and on Kelly’s longstanding Facebook accounts.

“Here is a selfie of me, sorry I have been crying,” he wrote. “Today and the promises made didn’t go as planned.”

Kelly declined to provide more details. But two hours later he posted a message to his Facebook timeline headed, “I WAS NOT SEXUALLY ASSAULTED.”

Wait… You mean somebody lied?

So if that was the shot, then this is the chaser.

“It’s important for everyone to know that I was not sexually assaulted and would never falsely accuse anyone,” he wrote. “To keep it brief for now, I was approached by a political figure to come to DC to discuss political situations from the standpoint of a gay Republican. When I arrived they discussed Peter Buttigieg and started talking about how they would be working a campaign against him.”

“I went to bed and woke up to a fake Twitter @RealHunterKelly and an article that I in no way endorsed or wrote. I have since left and am working on a formal statement to give to everyone including the Buttigieg family.”

Meanwhile, the man approached a week ago says he was put in contact with Wohl and Burkman through another Republican friend. He was given false names (Burkman claimed to be “Matt Teller” and Wohl was simply “Bill”), but recognized Jacob Wohl and decided to record the conversation.

He gave the recording to the Daily Beast, and asked that they not publish it, in order to maintain his anonymity.

Subsequent testing of the recording determined it was Wohl.

They wanted the man to make up his own timeline of when he may have been in contact with Buttigieg, and gave other promises, as well.

When the source expressed reluctance, they assured him the scheme would make him wealthy, famous, and a star in Republican politics. Wohl cited the national recognition given to Christine Blasey Ford after she accused Supreme Court Justice Brett Kavanaugh of sexual assault during his confirmation hearings last year.

The goal, Wohl and Burkman stressed, was to hobble Buttigieg’s ascendant campaign, according to the audio of the conversation. The South Bend mayor has rocketed into the top tier of 2020 Democratic contenders to the surprise of many national political observers.

While the gentleman ultimately refused to participate in the grift, he says Wohl called him a day or two later, asking for recommendations of any young men who might be more inclined to play the victim.

On and on, the grift goes, and it has become so familiar, when it comes to Wohl and Burkman.

Burkman-as-Teller had a LinkedIn page, with at least one response to a “blogger” who had supposedly written a piece about Potomac Intelligence, claiming the agency had accused him of working with the Saudi government.

No such article was located.

“While we don’t comment on our clients or the operations that we carry out on their behalf,” the LinkedIn post said, “we can say this: We will never apologize for our counter-terrorism practice.”

The Daily Beast attempted to get in touch with Burkman and Wohl. Amazingly, the website for Potomac Intelligence disappeared. The LinkedIn page was deleted, and the phone numbers related to the “company” were disconnected.

That’s because last year, as they attempted to cause trouble for Robert Mueller, the company’s name was “Surefire Intelligence.”

If you’ll recall, Wohl posted pictures of the head of Surefire that were pictures of himself, with the picture darkened.

Otherwise, he created “staff” images from stock photos of celebrities and models.

It was beyond laughable.

Further, both Surefire Intelligence and this newest invention, Potomac Intelligence are registered to the same anonymous domain registration service, and both used Protonmail as their email server.

Wohl and Burkman are grifters of the most inept variety, but they are persistent.

In February, they held one of their comical press conferences at the annual CPAC conference, where they announced Rep. Ilhan Omar (D-MN) married her own brother to get him U.S. citizenship.

More recently, he and Burkman held a press conference where they promised to unveil damning allegations of corruption and bribery in high-profile college athletics programs. The much-hyped event was a dud.

Their attempt to go after Buttigieg doesn’t appear to be going much better. As our source recalled, “I was sitting there thinking: this is the Fyre Festival of political operations.”

It didn’t go any better because they’re not bright. They’re just incompetent grifters. 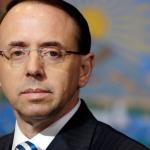 April 29, 2019
With a Whimper, Rod Rosenstein Resigns
Next Post 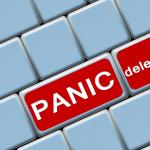