Last week I had the opportunity to see the movie, “Unplanned” with a group from my church.

You may have heard of the movie, or you may not have, which wouldn’t be a surprise.

Johnson was the youngest clinic director in Planned Parenthood’s history, leading a facility in Bryan, Texas, with a passion for her work and an ambitious focus.

She was a true believer in the cause of “women’s reproductive rights” and counseled, by her estimation, thousands of girls and women, assuring them the fetus feels no pain, was not an actual baby, and it was a safe, simple procedure.

The reality, as told by Johnson in her story, as an insider on the way up, turned out to be as bad or worse as anyone on the pro-life side has ever imagined.

I won’t give away any of the key points in the movie, because I want to encourage you to see it for yourselves. I especially encourage my left-leaning readers who consider yourselves to be “pro-choice” to have an open mind and just go.

I would add, Abby Johnson was very “pro-choice,” but that was before she was asked to assist in a procedure, simply by holding the sonogram probe for the doctor.

The movie did surprisingly well, considering its lack of advertising, other than word of mouth and social media, along with only a $6 million budget.

It has cleared that budget, showing in just a bit over 1,000 theaters, nationwide, and managed to make it to #4 on the box office charts in its opening weekend.

At this rate, it may very well meet or surpass some of the better known Christian-themed releases, such as “God’s Not Dead” or the surprisingly successful “War Room.”

I’m asking people to go see this movie, whether pro-life or pro-choice. I’m asking folks to bring their puberty-aged kids – both boys and girls – to see this.

Is it going to change anyone’s mind?

To that point, Johnson, now a powerful voice in the pro-life movement, was a guest on “The Pure Flix Podcast” last week, in order to talk about the impact her story is having.

One result, she says, is that minds and hearts are being changed.

“I feel like this movie is not just a movie. It really is sort of creating a movement,” she said. “We want to get people plugged in. We want to rally around the people that are changing their minds.”

So let me speak to this, because I have already heard objections from the left:

If you refuse to expose yourself to additional views or information, simply because you don’t want your mind changed, how sure are you of your position?

In Johnson’s case, she has stood on both sides. She’s not simply a zealot waving a “baby killer” sign outside of abortion clinics.

She, like Norma McCorvey – also known as “Jane Roe” of Roe v. Wade infamy – saw the manipulation that goes into the abortion movement, and she made the decision to change.

An additional trivia tidbit, for those who didn’t know is that McCorvey never had an abortion. She was simply the face the abortion industry wanted at the time: young, poor, and vulnerable. She helped drive the narrative that women needed abortion as an option, lest lawmakers be seen as tyrants holding poor women hostage.

It’s a narrative that continues to this day, actually, and it’s a false narrative.

Back to Johnson’s story, however, and what she has been doing since making her own escape from the Planned Parenthood charade.

She now runs a nonprofit organization called And Then There Were None. Its goal is to help former abortion industry workers, like herself, find a way out.

“We’re actually reaching into these clinics and trying to get their workers out,” Johnson said, noting that the organization sends mailers, calls clinics and trains pro-life advocates on sidewalks in how to appropriately reach out to abortion clinic workers.

“We’re trying to reach as many as we can, because we really believe that the majority of people who work in the clinics actually don’t want to be there,” Johnson said.

She knows from experience how hard it is to leave the job, as those who choose to do so lose their salary, friends, and other comforts.

“You’re basically leaving everything behind,” she said.

And that’s the political clout that Planned Parenthood holds in this nation. If they weren’t powerfully connected, you wouldn’t see $500 million in taxpayer funds going into their coffers, each year. That money would be going to community health clinics and crisis pregnancy centers.

At the very least, adoptions in this nation would be made simpler, and there would be a requirement that all abortion providers counsel women on the adoption option, as well as allowing them to see their sonograms before any procedure.

To date, the abortion industry and abortion advocates are all but setting themselves on fire to keep those sonograms from the view of clinic clientele. Why do you think that is? Surely it’s not because they’re afraid the women will change their minds. What do they care if a woman decides to keep her baby?

Well, money. That’s why they care.

As Johnson portrayed a conversation with a top Planned Parenthood executive in the movie, abortion really is where they make their money, no matter what they claim, and they don’t want anything derailing that income stream. Not even a baby’s life.

To date, Johnson says her organization has helped around 500 abortion workers leave behind the industry.

Her story is a powerful one, and it has the ability to challenge the thinking of those who still see abortion as “safe” or simply a reproductive “choice.”

And how does she deal with her own past involvement with abortion?

“It took practice. I realized early on after I left that I had a choice to make every single day that I woke up,” she said. “That I could wake up and I could choose to live in my past — the place that I can’t change, really the place that I feel like the enemy controls — or I can wake up and live in the present, I could live today for Christ in this gift that he’s given me.”

She’s moving forward, and she’s right. There is forgiveness and there is hope, no matter how broken our pasts may be.

So, if you have the opportunity and you can find this movie near you, just go, no matter which side of the debate you claim. What do you have to lose, except your preconceived notions? 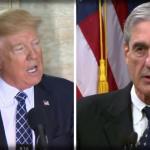 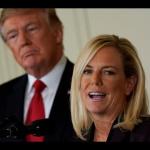 April 8, 2019 DHS Secretary Kirstjen Nielsen Is the Latest Trump Administration Ouster
Recent Comments
37 Comments | Leave a Comment
Browse Our Archives
get the latest from
Susan Wright on the Right
Sign up for our newsletter
POPULAR AT PATHEOS Politics Red
1

Three reasons King David should be...
The French Revolution
Related posts from Susan Wright on the Right