He’s got a point.

George Conway, attorney, frequent Trump critic, and husband of Trump counselor, Kellyanne Conway, is calling out the president in another op-ed with The Washington Post.

Conway isn’t just calling out the president, however. He’s also calling out the hypocrisy of a GOP establishment that has become far too accustomed to turning a blind eye to things done by Trump that they would never let fly with a Democrat.

So let’s talk about sexual assault.

Last week, the total of women who have accused Donald Trump of inappropriate contact, or outright sexual assault rose by one.

For those with short memories, after the now-infamous “Access Hollywood” tape emerged before the 2016 election, where we hear Trump tell a giggling Billy Bush that his celebrity allowed for him to sexually assault women, at will, a flood of women came forward.

Over a dozen women reported everything from unwanted kissing, to groping or worse.

How much of what was heard is valid remains a mystery, although, from Trump’s own braggadocio, none of it seems too far-fetched.

On Friday, writer E. Jean Carroll came forward with an account from a new book, alleging that in 1995 or 1996 she was violently assaulted by Trump.

According to Carroll, he reached out to her to ask her to meet him and assist in buying a gift for a girlfriend. She met him at Bergdorf Goodman department store in Manhattan.

What happens next depends on who you believe.

Carroll says Trump forced himself on her in a dressing room, pinning her against a wall, and eventually penetrating her, before she managed to struggle free.

You’re not going to find any in the GOP willing to even consider her account.

I’m not going to say they should.

While Carroll claims she has several friends she immediately told about the incident – and those friends are confirming what she says – she didn’t tell anyone in the store before running out.

She didn’t go to the authorities.

And here she is, 25 years or so removed, with a new book, just before an election, ready to tell the world.

It looks shady, but then, what were the attitudes towards sexual assault by powerful figures in the mid-90s? Trump was a celebrity, if not for his keen business acumen (Ok, I laughed at that one, myself), certainly for his presence in the community.

I know how I would have acted, but not everyone responds the same under such stress.

Trump has denied even knowing who E. Jean Carroll is, even though there are images available of them together.

We expect Trump to lie about things, both big and small, so this shouldn’t shock anyone.

That being said, the rush by Trump defenders to call this woman the liar is stunning, considering how they lifted up another victim of presidential misconduct, Juanita Broaddrick.

Does anyone remember Trump bringing Broaddrick and several other women to the October 2016 debate with Hillary Clinton? All of the women were those who claimed to be victims of sexual misconduct from Clinton’s husband, former President Bill Clinton.

Broaddrick has been a vocal supporter of Donald Trump, even in light of the accusations against him.

In his WaPo op-ed, George Conway pointed out the glaring hypocrisy.

“Republicans or conservatives who promoted Broaddrick’s charges would be hypocritical if they fail to champion Carroll and condemn Trump,” Conway, lawyer and husband of White House counselor Kellyanne Conway, wrote in an op-ed published by The Washington Post on Saturday.

He went on to mention the Clinton victims at the debate, as well as the similarities between Broaddrick and Carroll.

“The next night, at a campaign rally in Ambridge, Pa., Trump quoted Broaddrick as saying ‘Hillary Clinton threatened me after Bill Clinton raped me,’ and called Bill Clinton ‘a predator,’ ‘the worst abuser of women ever to sit in the Oval Office,’” he continued.

“Broaddrick had told her story nearly two decades earlier, first to the media, and then later in a book,” Conway wrote. “She had recounted how, in 1978, Clinton asked her up to his hotel room. How he allegedly forced himself upon her. How she tried to pull away. How he allegedly bit her lip, then later told her to put ice on it. How she sobbed. How she told some of her friends. How she didn’t tell the police. Clinton denied her accusations.”

“Trump also denied the accusations, calling them ‘fake news’ and adding, ‘She is trying to sell a new book — that should indicate her motivation. It should be sold in the fiction section,’” Conway continued.

It would seem at this point that those disgusted by Bill Clinton should likewise be repulsed by Donald Trump.

Conway, however, goes further in the comparison, drawing a conclusion that if held up side-by-side, Carroll has a stronger case than that of Juanita Broaddrick.

“For one thing, before she went public with her story, Broaddrick had repeatedly denied that Clinton had assaulted her, even under oath,” Conway wrote.

“For another, Carroll’s account is supported by the sheer number of claims that have now surfaced against Trump — claims in which women have accused Trump of engaging in unwelcome or forcible sexual conduct or assault against them,” he continued.

And remember the lie by Trump?

George Conway pointed that out, as well.

“Finally, no controversy involving Trump would be complete without at least one utterly brazen, easily disprovable Trumpian lie,” Conway wrote. “In his statement denying the rape allegation, he added the claim that ‘I’ve never met this person in my life.’”

“If Trump had even bothered to glance at Carroll’s published account, he would have seen a photograph of himself and his then-wife, Ivana, from 1987 ― in which he was amiably chatting with Carroll and her then-husband,” he added.

I’ll just add that there are so many people I met in the 80s that I don’t remember. Trump has met and mingled with far more than me, so it wouldn’t be unusual if he didn’t remember her – even if those assault allegations are true.

If you were disgusted by Bill Clinton’s attack on Juanita Broaddrick, according to her accounts, but you find yourself disgusted by Carroll in this case, rather than the man she says attacked her, then congratulations.

You are a hypocrite. 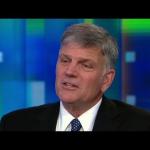 June 15, 2019
Franklin Graham Thinks Partisan Politics Will Save the World
Next Post 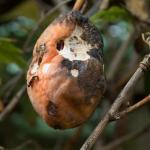 June 27, 2019 The Moral Rot of Jerry Falwell Jr. Highlighted in Attack on Russell Moore
Recent Comments
26 Comments | Leave a Comment
""us".... "Serrano". lol. your home is south of the border, go to it, we WILL ..."
Andy For Abortion “Rights” Advocates – a ..."
"bwahaha. you're not pro-life, you are an obsessive trump hating loon, ranting about "white christian ..."
Andy For Abortion “Rights” Advocates – a ..."
"Lots of name-calling against Democrats here. Right back at ya! At least we're not traitors ..."
Barros Serrano For Abortion “Rights” Advocates – a ..."
"You're a liar and a traitor. Insurrectionists were all on tape, and their social media ..."
Barros Serrano Let’s Revisit the Steele Dossier
Browse Our Archives
Related posts from Susan Wright on the Right