In a Pandemic, the Nation Needs Strong Leadership

At the time of this writing, it seems as if the whole world is upside down. We are in the grips of a pandemic. The coronavirus – or Covid-19 – has forced us all to adjust our habits, as far as dining out, work, or social interactions, in general.

Some experts are comparing it to the “Spanish flu” pandemic of 1918. That particular nightmare raged on from January 1918 to December 1920, infecting approximately 500 million people, with around 50,000,000 fatalities.

Is the comparison between the Spanish flu and the coronavirus accurate?

It may be too early to make that call. You have to keep in mind that in 1918 our world did not have the medical technology that it has today, so remedying the problem may, prayerfully, be an easier task.

By “taken seriously,” I’m saying that we practice common sense methods, such as frequent hand washing, sanitizing commonly touched surfaces (I wipe my work phone, keyboard, pens, etc… with disinfectant wipes, several times a day), covering our coughs by coughing into the bend of our elbows, rather than into our hands, and yes, social distancing.

Am I completely on board with the panic?

I’m not. I didn’t rush out buy a stockpile of toilet tissue.

It’s a respiratory illness, folks – NOT the stomach flu.

I’ve been disheartened by churches cancelling or limiting their services. I would prefer they opt for some safety measures that didn’t include closing their doors at a time like this.

My own church is live streaming praise and worship time, along with the message from the pastor. It’s imperfect for those of us who value fellowship, but it’s a necessary precaution.

With all that being said, I can only imagine how much better the conditions in the United States would be, had we had a stable, intelligent person in the White House.

What we know, at this point, is that our intelligence community knew a pandemic was on the rise at least as early as January of this year.

Earlier this week it was revealed that North Carolina Republican Senator Richard Burr, head of the Senate Intelligence Committee, met with wealthy donors and warned them of the impending troubles Covid-19 would have on our economy.

After warning his donors, he and the Trump administration put a rosy spin on the coronavirus outlook. They allowed Trump to push to his adoring fans that it was another “hoax,” meant to provoke the fears of the public and hurt his reelection chances.

OH – and let’s not forget that while Burr and several other Republican lawmakers knew the truth, they sold off millions in stock before the market took a nosedive.

But back to our Incompetent-in-Chief…

Our nation has been caught off guard and woefully unprepared. Because Donald Trump put his own interests ahead of the interests of the nation, we find ourselves short on resources and readiness.

Does anyone recall that President Ranty McThinSkin slashed the budget of the Centers for Disease Control – particularly the global pandemic response budget?

He recklessly promoted the hoax theory to his supporters, before multiple cases in the U.S. forced him to change course.

Now, while he has taken several tough measures to protect the economic well-being of the public, such as student loan forbearance, the hope of the GOP returning to its glory days of promoting smaller government and a manageable national debt is a ship long sailed.

There is a bipartisan push to hand out free money to the public. The battle now is in how much and how soon.

His moves will grow the government, intruding on the lives of citizens, and none of it gets us one step closer to stopping Covid-19.

There have also been mixed messages to the public, which does nothing to calm fears or steady the turmoil in the stock market.

Trump has recently decided to take more of an upfront role in speaking about the efforts of the government to contain the threat. This is a bad idea, on every level.

Trump, even when he attempts to stay on the script given to him by his advisers, is incapable of coming off as a warm or genuine human being. As it is, he’s also incapable of staying on script for long, as we’ve seen him drift off into these maniacal, word-salad rants that do more harm than good.

In recent days, we’ve seen him lie repeatedly about his early response to the outbreak, claiming to have always taken it seriously. And it wasn’t just him. Those loyal lapdogs in the media have followed suit, and it is absolutely criminal.

One for instance is Trumpian gimp, Sean Hannity. This level of lying badly would be hilarious, if it didn’t endanger human lives.

HANNITY, March 9: "This scaring the living hell out of people — I see it, again, as like, let's bludgeon Trump with this new hoax."

HANNITY, March 18: "By the way, this program has always taken the coronavirus seriously. We've never called the virus a hoax." pic.twitter.com/yLKpojA7BI

If you didn’t think American Pravda was real…

Donald Trump’s personality disorder has driven him to deny anything uncomfortable, while taking credit for anything positive. He is incapable of simple truth or the ability to “man up” in a crisis.

His attacks on the media have not helped.

He has spent his entire presidency attacking the intelligence community to the point that they’re now reticent to reveal anything he will find inconvenient.

As the virus began in China, does the Chinese government have a role in this?

They do. They downplayed its severity to the world, even as their people were dying. Trump, however, believed the autocrat, President Xi, over U.S. intelligence. That puts the blame in his court.

I’m praying daily for this nation and our people. I’m praying for the well-being of us all, and that God’s healing, protective hand be against this virus. I ask that all of you who will, pray the same.

And when I say “virus,” I’m talking about Covid-19, not Donald Trump. 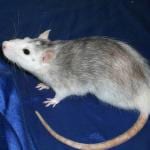