Gilded Toad Lashes Out at Statesman

Donald Trump has only served a single term, but it feels like a lifetime.

That would be a lifetime of incompetence, ignorance, corruption, ugliness, indecency, and the self-absorbed arrogance that you can expect from any spoiled, entitled, thin-skinned narcissist.

We need a break from this nightmare.

With the nation reeling from the Covid-19 pandemic, we saw a glimmer of what it was to have a reasoned and compassionate leader speak.

On Saturday, former President George W. Bush released a three minute video, calling for calm, resolve, and unity in the face of this current national struggle.

He didn’t call names, place blame, or point fingers. He merely appealed to our better nature as citizens, neighbors, and human beings.

He called for us, as a unified nation, to remember that no matter what our differences may be, they were to be considered small, compared to the shared threat.

“In the final analysis, we are not partisan combatants. We are human beings, equally vulnerable and equally wonderful in the sight of God,” Bush said. “We rise or fall together, and we are determined to rise.”

You can say whatever you want about President’s Bush’s two terms in office. You can attack his policy positions, the war in the Middle East that still rages, or the overgrowth of government.

What you can’t attack is his humanity, nor should you doubt his motivations. He has always maintained his composure, even when the heat of partisanship raged against him. He took his position as president as a sacred trust, not an entitlement.

In short, he was a statesman, and the last time we had a president who wasn’t so wrapped up in pettiness that it oozed over into his public discourse.

While the internet lit up over the video offering, the current POTUS seethed with envy.

A member of the Bush family was making him seem petty, small, and ignorant, without even trying.

The gilded toad has made the coronavirus briefings into mini-campaign rallies. There is very little useful information to be gleaned from them, and in a few cases, Trump’s senile blatherings have released dangerous suggestions to the public.

Please, do not inject yourselves with disinfectant.

Trump took to social media to address President Bush’s video on Sunday. Rather than applaud him for his efforts to speak peace and strength to the public, however, Grandpa Ranty raged at the injustice of a former president speaking on a subject that didn’t include praise to him.

Because it really is all about him.

In an early morning tweet on Sunday, Trump called out Bush for his failure to support him as he faced an impeachment trial earlier this year over his alleged dealings with Ukraine. He cited apparent comments from Fox News anchor Pete Hegseth, who asked why Bush didn’t push for “putting partisanship aside” amid the trial.

“He was nowhere to be found in speaking up against the greatest Hoax in American history,” Trump said.

Yes, Trump and his half-wit fan club slammed a message of unity and grace because the messenger, President Bush, failed to bow before the throne.

.@PeteHegseth “Oh bye the way, I appreciate the message from former President Bush, but where was he during Impeachment calling for putting partisanship aside.” @foxandfriends He was nowhere to be found in speaking up against the greatest Hoax in American history!

Let’s be clear: President Bush was under no obligation to defend the indefensible. It’s insane to suggest that he, or anyone else, for that matter, should.

The former president chose to stay mum on matters of the current administration, per protocol. For that matter, I’d say our current situation is of a more immediate concern.

Anyone defending this mango Mussolini at this point needs a serious heart check. The man is not well. His selfishness and lack of concern for those suffering during this pandemic should be all anyone needs to rush to vote him out of office in November.

He is a disgrace and a poor representative of our nation.

It’s not all about you, Mr. Trump, and no one owes you fealty. You work for the American people, not the other way around.

I just want to take a moment to thank President Bush for stepping up, with the full knowledge that our current POTUS is unable to show empathy or compassion for the hurting in this nation. He and his bootlickers are far too wrapped up in themselves.

This is a nightmare that should have – could have – been over months ago, if the Republican members of the Senate truly cared about the public they serve.

Just add Trump’s foul reaction to President Bush’s video to the very long list of proof that he is mentally and emotionally unfit to hold office for another term. 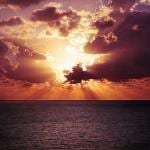