party loyalty is not important. it isn’t even a good idea 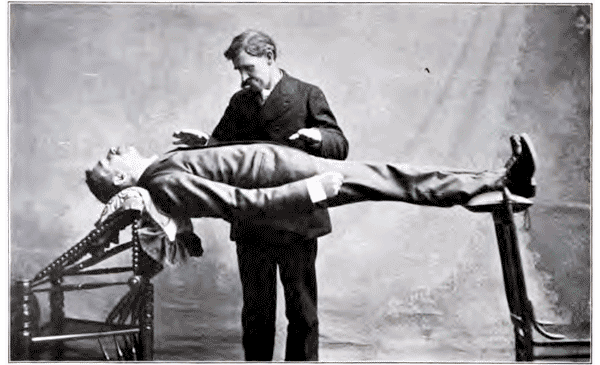 I saw it coming months ago, and now watch with blended amusement and horror, as otherwise sane-seeming republicans scramble to explain why Donald Trump is, in fact, an acceptable candidate for proponents of conservative values. “He’s not as bad as Hillary!” is the most common refrain. “He could have a conversion!” is my favorite, because it’s so delightfully desperate, and could apply to anyone. Although the subtext is: no, it couldn’t. This is a big-deal conversion, something special.  God isn’t going to appear in a flash of lightning or rushing wind for just any pleb on the street; such apocalyptic shenanigans are a specialty reserved for the likes of the prophets of yore, St. Paul, or the holy anointed republican nominee.

Because that’s what it comes down to, after all: the deeply ingrained belief that loyalty to the republican party is a moral good. Whether spoken or unspoken, this is the real pith of the matter, the motive force driving reluctant Trump-supporters. Because of identity. Because human beings, once they have allied themselves with some organization or institution, begin to merge their sense of self with it. To part with it would bring pain – or even, worse, humiliation. Being republican (or democrat, for that matter) becomes tangled up in one’s nerves and veins, intruding through one’s being like the roots of crabgrass in the soil. “Heteropathic identification” we call it – or perhaps, a variation on superego, as one’s capacity to function as a living, individual, incommunicable entity is infected by groupthink, and whatever the party dictates overshadows and mimes the voice of the genuine conscience.

And this is not only a GOP failing; we are assured that Bernie supporters are morally obligated to support Hillary, should she get the nomination, even if we have been supporting Bernie on the basis of principles specifically in opposition to Hillary’s agenda. Though, at least the democrats do one the favor of not threatening divine wrath, should one deviate from the party agenda: there’s one bonus of no longer appropriating the language of the divine.

Now, I am inclined to think that there is no one running at present who, if given free rein, would be worse for human rights and societal flourishing than Trump, but that is because of his record of (in)actions, not because he is the republican hopeful. And yet, the rhetoric that could be effective in opposing Trump has been worn thin, effaced as an old coin, through its constant handling and rehandling, every time the democrats quaked in fear of a republican president. I’m not saying past presidents haven’t been fairly awful. I am saying that immoderate language in the service of party loyalty leads to denuded arguments. We’ve heard it all before. Godwin’s Law, that all internet arguments eventually lead to Hitler, has the effect of nullifying any meaningful comparisons to Hitler that might occasionally be made.

For eight years I heard hysterical republicans declare Obama to be Hitler, on the basis of the flimsiest possible analogies. Prior to that, I heard from trembling democrats that Bush was Hitler. It was just my luck to spend the Bush years in a progressive college town surrounded by liberals, and the Obama years in a midwestern steel town surrounded by conservatives; I’ve lived through sixteen years of two different Hitlers and, amazingly, lived to tell the tale. It does make one irate, however, especially if one happens to be Jewish, to hear the blithe comparisons of, say, tighter gun control laws to the phenomenon of six million of one’s own people being bureaucratically and systematically slaughtered. And it leaves one unable to draw even the humblest of comparisons, when such comparisons might be apt.

The tribe mentality is such that it can stultify reasoning, especially moral reasoning, so that one grows blind to the weaknesses of one’s own, while hallucinating crimes of the Other. Even the mildest violence against one’s own is always infamy, but violence against the Other is justified. Once again, this is not only a republican problem. I’ve seen too many self-proclaimed progressives flout the principles of basic feminism and of decent manners, turning against conservative women with misogynistic slurs, even threats, to assume that progressive tolerance is an acceptable stand-in for genuine Christian charity. On the other hand, what I’ve seen bandied about as Christian charity among many conservatives is rarely Christian and seldom charitable. This is what party loyalty does, though: it makes anything acceptable in the defense of one’s tribe – including the violation of one’s own norms. This is one reason for the familiar archetypal scenario that one becoms one’s enemy. The rebellion becomes that which it rebelled against, the face in the mask is one’s own.

Which is the party of stupid, which the party of evil? Both, because party loyalty makes one stupid, and inclines one to evil.

It is also, from a strictly philosophical perspective, ludicrous to pursue party loyalty (unless one is paid well to do so, which I am not, which is why I am writing this) – because parties change and alter based on circumstantial cause and effect, not on consistent reasoning.  A study of even recent history will show just how rapidly parties change. Republicans today are not Reagan republicans, nor are they Teddy Roosevelt republicans, and they certainly are not Lincoln republicans. As Catholics, we believe that the Holy Spirit is guiding the church as she endures throughout the storms of history. We do not, unless there is a gnostic gospel I’m missing out on, believe that the Holy Spirit is similarly involved with any other existing human institution, no matter how venerable. And I wouldn’t call our party system venerable. Even “conservative” and “liberal” are used, in mainstream American speech, completely differently from their traditional correct usage – according to which most American political leaders are actually liberals; conservatives are rare and quaint; the Trump faction is something else entirely.

Lastly, party loyalty runs counter to our vocation as Christians in the world. We do not owe our allegiance to any human institution. We may ally ourselves briefly, or less briefly, with one organization or another, since we are called to be in the world, though not of it. We can work together with different organizations. We can join, direct, even found organizations. But these organizations, even the best ones, must never become idols. We should always be able to walk away, if the means or the ends of a given institution cease to such that a Christian could even want to embrace. The distinction between “us” and “other” must be, repeatedly, blurred, as we accept the difficult reality that our tribe is nowhere and everywhere. Affection for one’s home, rootedness in one’s soil – these are important, yes, but equally important is the Gospel mandate to welcome the stranger, “for you yourselves were strangers in a strange land.”

We are always a little bit strange, even at home with a good pipe before the fire. Maybe even especially there.

Our fidelity must be given to God, to his children (all humanity), to his creation (all the earth). Party loyalty distracts from this – sometimes on a merely frivolous level, on the level of silly memes and bizarre bedfellows – but sometimes, as history demonstrates, when we let an earthly authority or institution take possession of our minds and hearts, it can be lethal. I suggest, therefore, that rather than party loyalty we should demonstrate the opposite. It’s common enough when surveying the circus of American politics to utter, a la Mercutio: “a plague on both your houses.” But this is just an expression, usually, and for the most part we acquiesce when human beings are sacrificed to institutions – the demand of the institution simply to go on being, amorphous and mindless, taking precedence over the most basic of personal rights. “It is necessary” we are told – of war, environmental despoilment, abortion. “It is unavoidable” we are told, when we try to counter gun violence. “It was the only option” they say, of the bombing of civilians.

Why not reverse this? Let the human institutions crumble; let the humans live. Party loyalty is stupid. 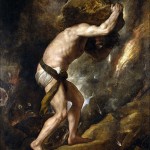 May 27, 2016
no, a vote for a third party is not "a vote for candidate X" (unless the world is more absurd than I expected)
Next Post

June 3, 2016 scapegoating, nature, and narcissism: some thoughts on the cincinnati zoo incident
Recent Comments
0 | Leave a Comment
"No, Weiss took liberties with what Patrick actually said. Try to read it again and ..."
Bobby Lawndale Right Wing Leaders Propose Human Sacrifice ..."
"If the real is completely intelligible, then God exists.But the real is completely intelligible.Therefore God ..."
Grimlock Knowing God, and Wondering Still: How ..."
"Personally, I don't like the idea of the government bailing out the airline industry unless ..."
Tom O. Right Wing Leaders Propose Human Sacrifice ..."
"There is a huge moral difference between the rich man who gives to the poor ..."
Tom O. Right Wing Leaders Propose Human Sacrifice ..."
Browse Our Archives
Follow Us!

I Read the Whole Bible in...
The Cordial Catholic 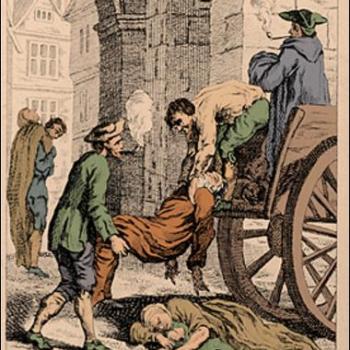