subsidiarity is not isolationism 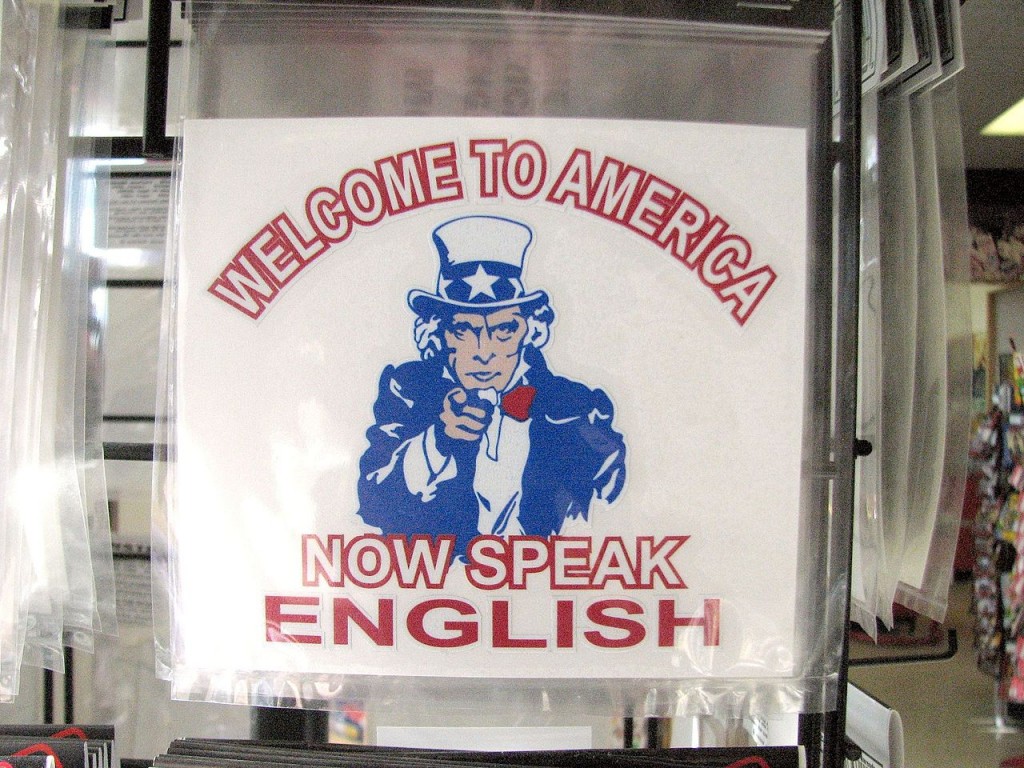 For the past week, Catholics have been crying “subsidiarity” in support of Brexit. If I were looking at the situation from afar, on the basis of general theory, I might agree with them. Because, from certain angles, one can see that an exit from the EU might, in the correct context, have been both morally and economically beneficial: ties to a bureaucratic neo-liberal global power come with consequences, especially for those who seek to avoid militarism, and prefer to build local, sustainable economies.

The problem is not with Brexit per se: the problem is with the how, the when, and the why it occurred. It occurred without sufficient preparation and discussion, voted on by a narrow majority – rapidly, as part of a collective knee-jerk response born out of frustration and emotion – and ultimately, it happened not because of serious moral considerations about how to balance subsidiarity with solidarity, but because of rising xenophobia and nationalism.

As Gary Younge, writing for The Guardian, points out:

It has been profitable for politicians – and not only Nigel Farage – to sow confusion about the difference between migration from the EU and elsewhere, or the distinction between economic migrants and asylum seekers. The argument that this was a vote about “economic” issues – since the hated European migrants were not brown or black – is belied by the deliberate commingling of every type of foreigner. It was not an accident that the “Breaking Point” poster, revealed by Farage on the morning of Jo Cox’s murder, showed Syrian refugees coming into Slovenia, an image with almost no relevance to the issue on the ballot.Xenophobia and racism are easily blended, and they become an especially potent toxin among a population that no longer trusts its own leaders.

This obviously does not mean all Brexit supporters are motivated thus: as with any complex political scenario, there are many different reasons why different people might end up, ultimately, supporting the same thing. But now the vote to leave has opened the gates for a hitherto only somewhat restrained prejudice to come roaring forth: Brexit has been seen by many as legitimizing their suspicion of foreigners; Polish immigrants, especially, have been treated to displays of contempt and bigotry, As the Washington Post reports:

Britain’s vote to leave the European Union last week led to a near-immediate spike in reports of racist incidents. But while there is no shortage of British racism towards familiar scapegoats such as Muslims and nonwhite immigrants, two of the most notable post-Brexit events focused instead on immigrants from a predominantly white and Christian European country: Poland.

“Go home” were the words written on the Polish Social and Cultural Association’s building in West London. Meanwhile in Cambridgeshire, laminated cards were distributed with the message “Leave the EU/No more Polish vermin,” written in not only English but also Polish. These two instances of anti-Polish sentiment have prompted a high-level official response from British authorities, with Prime Minister David Cameron suggesting that such behavior “must be stamped out” during a speech at Parliament on Monday. The Polish embassy in London also responded, releasing a statement that said it was “shocked and deeply concerned” by the reports.

Anti-Polish sentiment in the UK mirrors, in many respects, anti-Mexican attitudes in the US, complete with the same derogatory caricatures, the same fear of “stolen jobs.” And, of course, the Brexit supporters have their mirror images in our Trump supporters – who are also a mixed bag, with a diverse set of reasons, some of which are legitimate, but all of which are submerged in the flood of racism, xenophobia, and toxic nationalism rising in the midst of upheaval.

Right. Subsidiarity indeed! The problem is, what we are seeing in both the Brexit supporters, and in our Trump supporters, is not – for the most part – a move towards subsidiarity at all. Because subsidiarity is not isolationism. It is not a matter of cutting all ties with larger governing entities, nor of establishing freedom from overarching government at all cost. Subsidiarity is a means to an end, not an end in itself, and if the ends of subsidiarity – protection of personal rights, cultivation of communal life, a fair and just market, conservation of the environment – are not met by a lower level of government, it is not only legitimate but necessary for a higher level to step in.

Megan Clark gives an excellent account of this in Subsidiarity is a Two-Sided Coin:

In CST, subsidiarity is a two-sided coin – the state has the responsibility to respect and promote the many levels of society. This means that the higher orders have the right and responsibility to intervene when necessary (And why it is not a violation of subsidiarity for CST to call for greater global governance as John XXIII and Benedict XVI have in both 1963 and 2012). That said – government programs must be evaluated for their effectiveness and necessity. This is why I previously wrote about why the new poverty measures including the supplemental measure were so important – they provide us with necessary data to evaluate the effectiveness of programs like SNAP (Supplemental Nutrition Assistance Program).

We should not automatically be suspicious of SNAP because it is a government program – we should ask does it allocate necessary resources to effectively support lower levels of society (in this case struggling families)? This means that far from being an argument against federal government programs like SNAP (Supplemental Nutrition Assistance Program), Catholic social teaching’s principle of subsidiarity supports a robust SNAP program which allocates necessary resources to support communities and families. Instead of subsuming the lower levels, a program like SNAP actually supports and bolsters those lower communities. The question, from the perspective of subsidiarity, is does this – or any government program – protect and promote our multi-layered civil society? Does it protect and promote human flourishing and the common good? Because the goal is not smaller government, the goal is the common good.

Now, I am a borderline anarchist at heart, and very suspicious of any civil power that promises anything resembling utopia. But I also see that when unchecked, the powerful trample the poor beneath them, which is why levels of government are necessary. Having power concentrated in any one figure or association is dangerous, but the principle of subsidiarity allows for power to be distributed across different levels of government, with the possibility of appeal to a larger “circle” of influence, when in the smaller circle, things don’t get done. An example of this would be the EU’s recent refusal to grant Monsanto a license for the herbicide glysophate (i.e. Roundup, widely used in the US, alas).

Subsidiarity should be imagined not as a series of bubbles floating detached from one another, but as a series of concentric and interlocking rings, the smallest of which would be local communities where bonds of friendship lessen the need for law or force. This does not mean keeping to one’s own kind, or rejecting the outsider. Traditionally, true communities have had traditions of hospitality and sacred guest-right. The difficulty we need to face, then, is that such communities are becoming increasingly rarer. Even in small villages where everyone knows one another, and gossips accordingly, there are few shared communal feasts or fasts, no sense of a coherent identity. In these villages, the much-vaunted small local government is often made up of the the wealthy, or those who are pushy enough to get their own way. Communal consensus is largely a fantasy. The common good is often thrown by the wayside, in favor of the interests of the wealthy, even wealthy corporations from the outside, as happens in counties ravaged by mining or fracking.

Britain at least has a better preserved small-village culture that we have in the US – but this is something it shares with much of Europe, and small-village culture is not threatened by connection with larger spheres of interaction. Even on the level of local, sustainable economy, it is sometimes necessary to establish bonds outside the immediate neighborhood, in order to acquire items that can’t be produced there. Yes, every village should have its own hardware store, offering quality hand tools – and every village should have its own farmers’ market – and if you don’t support your local businesses, and your local farmers’ market, I have serious doubts about your commitment to subsidiarity: but, it is also the case that one can’t produce one’s own olive oil in Ohio, and access to necessary life-saving drugs requires a larger economic sphere.

If we actually want to create subsidiarity, we need to start by building community – not by cutting ties with larger circles of government, or creating an enclosed space, or kicking out the “Other.” This means working towards communication, integration, friendship. It also means we must strive for justice on a local level. If you don’t want Big Government interfering in health care, say, then work to create a just local economy in which everyone has access to good health care. If you find this isn’t possible, stepping up to a larger sphere of government isn’t just a cop-out: it’s a moral necessity. And when movements of “independence” are connected with racism, bigotry, and nativism, they’re not worth it. 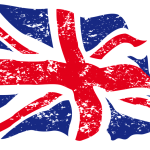 June 24, 2016
on brexit: nationalist elitism is still elitist - and dangerous
Next Post 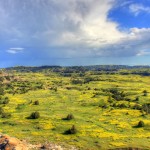 July 1, 2016 war, abortion, and liberty: reconsidering our obsession with independence (and firing up the grill)
Recent Comments
0 | Leave a Comment
Browse Our Archives
Follow Us!

George Will and the Millstone of...
Catholic and Enjoying It!
Related posts from suspended in her jar

Catholic
So What If Jesus Wasn’t Poor or a...
suspended in her jar
TRENDING AT PATHEOS Catholic