war, abortion, and liberty: reconsidering our obsession with independence (and firing up the grill) 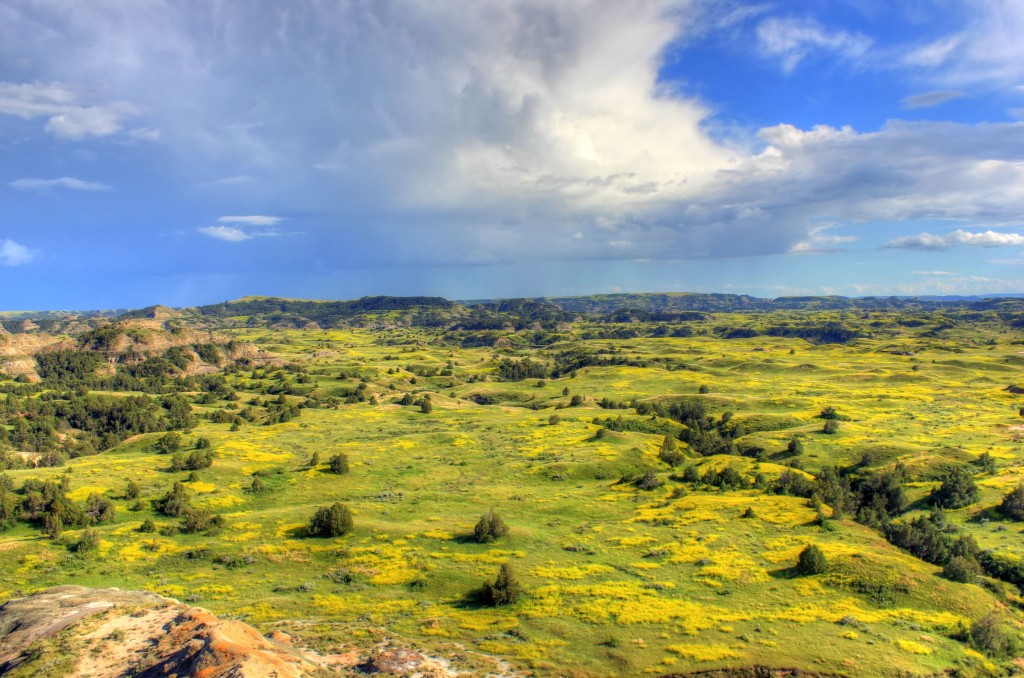 One of my favorite passages in The Lord of the Rings is when Aragorn asks Eowyn what she fears:

“What do you fear, lady?”
“A cage,” she said. “To stay behind bars, until use and old age accept them, and all chance of doing great deeds is gone beyond recall or desire.”

I feel the same way. I am intensely claustrophobic, both physically and spiritually: being buried alive is my worst nightmare; being denied the freedom to think and choose for myself is hell. I like big open spaces, the Yorkshire moors, or the Kansas prairies, and my daily impulse is to hop on a horse and gallop westward. I don’t like being told what to do. I’ve spent my life flouting stupid regulations for the fun of it. I think a lot of laws about what we can and can’t do with our own property and bodies are stupid – especially when it comes to people being denied the right to garden, or to grow certain things in their gardens. I own guns, though not because I think they make me safe, wise, or good. I was libertarian for a long time, and my basic political leanings are largely anarchist, if only this were the best of all possible worlds.

We are so accustomed to idealizing freedom as a highest good, so the slogan “live free or die” sounds sensible to us, and we despise anyone who would admit to choosing security over liberty.  But it’s a false dichotomy, and part of our inheritance from the Enlightenment, which stressed individual self-determination and national sovereignty: the sovereign white male within the sovereign state. Thus, it seems natural for us to conclude that war for liberty, freedom, or independence is justified, even those of us who know that this is contrary to Just War Doctrine:

The strict conditions for legitimate defense by military force require rigorous consideration. The gravity of such a decision makes it subject to rigorous conditions of moral legitimacy. At one and the same time:

These are the traditional elements enumerated in what is called the “just war” doctrine. The evaluation of these conditions for moral legitimacy belongs to the prudential judgment of those who have responsibility for the common good. (CCC, 2309)

The problem with a war for independence is that –  unless “dependence” means conditions of harsh and life-destroying slavery, when those who are oppressed are regularly raped, tortured, and killed – “the evils and disorders” produced by war are “graver than the evil to be eliminated.” This is because life is an ultimate and absolute good, a higher good even than individual freedom, and to deprive a person of life is a far greater objective evil than to deprive him or her of freedom.

Obsession with independence is not solely the purlieu of gun-obsessed flag-waving militarists. The whole rhetoric of the pro-choice movement stresses the value of autonomy, especially for the independent liberated woman: and rightly so, because autonomy is important, and women have a right to liberation from the powers of kyriarchy. Unfortunately, even liberation is not important enough to render objectively just the taking of life. Also unfortunately: in most cases, “choice” is an illusion, because our society really doesn’t offer women many choices other than abortion, even when it then condemns them for “choosing” so wrongly. But isn’t the phrase “freedom of choice” effective? Kind of like “fight for freedom!”

As Gabriel Marcel points out, in “What is a Free Man?”:

If the freedom of a people or a country be defined as absolute independence, is it not obvious that in a world like ours freedom cannot exist, not only because of inevitable economic interdependence, but because of the part plaed by pressure or, less politely, by blackmail, at all levels of international intercourse?”

What about personal independence?

I’ve tried it. But even when my family lived in a big abandoned farmhouse with no running water or telephone – and, briefly, in a trailer with nothing, not even electricity – we depended on friends, on the availability of canning supplies to preserve our vegetables, on tools to work the land and cut wood, on thrift stores to acquire our shoes and clothing. Radical personal independence is very difficult, and very bare-bones, and deeply antisocial.

Freedom however, on a personal, spiritual level, is a different thing: we understand that the human person has, deep down, a capacity for self-ownership that has a kind of sovereignty about it. Our capacity to freely choose in a vacuum may be more limited than once thought, neuroscience now reveals: however, existential freedom, the freedom to own one’s self, is inviolable. That is why attempts to violate it (through slavery, for instance) are so deeply degrading. But this is the freedom that transcends physical constraints, and even the realities of mental anguish: this is the freedom that cannot be taken away from us.

But this is only possible because as persons we are not merely mechanistic entities, that there exists a dimension of being that transcends political interaction, especially interactions of war and violence. To return to Marcel:

There can be no Stoicism without a belief in an inalienable inner sovereignty, an absolute possession of the self by the self. However, the very essence of those modern techniques of degradation, to which I made an earlier allusion, consists precisely in putting the individual into a situation which he loses touch with himself, in which he is literally beside himself, even to the point of being able to sincerely disavow acts into which nevertheless he has sincerely put his whole heart, or on the other hand to being able to confess to acts which he had no committed…

…thanks to the techniques of degradation it is creating and perfecting, a materialistic mode of thought, in our time, is showing itself capable of bringing into being a world which more and more tends to verify its own materialistic postulates. I mean that a human being who has undergone a certain type of psychological manipulation tends progressively to be reduced to the status of a mere thing…

…our only chance in the sort of horrible situation I have imagined is to appeal, I should perhaps not say, to a power, but to a level of being, an order of the spirit, which is also the level and order of grace, of mercy, of charity; and to proclaim, while there is still time, that is to say before the state’s psychological manipulations have produced in us the alienation of our true selves that we fear, that we repudiate in advance the deeds and acts that may be obtained from us by any sort of constraint whatsoever.

What was earned for the citizens of the United States, by the war for independence that brought this nation into being? Certainly a great degree of privilege, access to vast natural resources, space to spread out, the illusion of absolute control over our destiny.

Let me say this clearly now, so you can see just how contrary I’m being: I do not think the Revolutionary War was just. I am not sure any war was ever just. But it’s over and done with, and this is where we are: sort-of-free humans, most of us basically decent, probably sort of stupid, a little lazy, a little anxious, bumbling along with an illusion of grandiose independence, enjoying riches that derive from an illusion of wealth-creation, with a problematic relationship between our obsession with freedom and our dependence on force. As Wendell Berry points out, in “The Failure of War”:

It seems only reasonable, only sane, to suppose that a gigantic program of preparedness for national defense should be founded first of all upon a principle of national and even regional economic independence. A nation determined to defend itself and its freedoms should be prepared, and always preparing, to live from its own resources and from the work and the skills of its own people. But that is not what we are doing in the United States today. What we are doing is squandering in the most prodigal manner the natural and human resources of the nation.

At present, in the face of declining finite sources of fossil fuel energies, we have virtually no energy policy, either for conservation or for the development of safe and clean alternative sources. At present, our energy policy simply is to use all that we have. Moreover, in the face of a growing population needing to be fed, we have virtually no policy for land conservation and no policy of just compensation to the primary producers of food. Our agricultural policy is to use up everything that we have, while depending increasingly on imported food, energy, technology, and labor.

Those are just two examples of our general indifference to our own needs. We thus are elaborating a surely dangerous contradiction between our militant nationalism and our espousal of the international “free market” ideology. How do we escape from this absurdity?

I’m going to fire up the grill and enjoy some (ethically raised, happy, hormone-free) burgers on our day off. We’ll go watch some fireworks. I am reminded that for those who have been in war, fireworks can be triggering. But we try to pretend we don’t understand what this entails.

I think we need to, though. We need to ask, how far have we gone, in our idolatry of independence? And what can we do now?

To return to Wendell Berry:

Here is the other question that I have been leading toward, one that the predicament of modern warfare forces upon us: How many deaths of other people’s children by bombing or starvation are we willing to accept in order that we may be free, affluent, and (supposedly) at peace? To that question I answer: None. Please, no children. Don’t kill any children for my benefit.

If that is your answer too, then you must know that we have not come to rest, far from it. For surely we must feel ourselves swarmed about with more questions that are urgent, personal, and intimidating. But perhaps also we feel ourselves beginning to be free, facing at last in our own selves the greatest challenge ever laid before us, the most comprehensive vision of human progress, the best advice, and the least obeyed:

“Love your enemies, bless them that curse you, do good to them that hate you, and pray for them which despitefully use you and persecute you; That ye may be the children of your Father which is in heaven: for he maketh his sun to rise on the evil and the good, and sendeth rain on the just and on the unjust.” 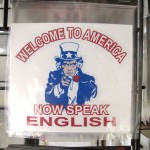