rejecting the glamour of evil: a pledge of non-violence

The sinister temptation of violence is that it woos us to take sides. To uphold non-violence, to refuse the proffered war, is to risk being accused of indifference. And as the violence escalates, it whispers to us: now you must take sides – now you must join in – you thought peace would solve this, but it hasn’t, so take up arms, now, and save yourselves. It may be an act of violence against “our side” – see, now you must strike back; they’re not going to be nice, so why should you? Or it may be an act of violence by one claiming to be on “our side” – see where your activism leads? See how protest leads to lawlessness? Go ahead, defend this, so we can see where you truly stand. We’re tempted to utter the fatal words: he must have done something to deserve it.  We’re tempted to see a living human body as a mere thing, an object to be cast away, for the sake of some higher good. But this is a lie.  The idea that humans can be divided into sides, and that the defeat of one leads to the triumph of another, is a lie.

“This is the unusual thing about nonviolence — nobody is defeated, everybody shares in the victory.”
― Martin Luther King Jr.

We who are baptized Catholics have formally rejected the glamour of evil, and yet the evil of violence is repeatedly glamorized for us: in our history books, which praise military leaders for defeating the bad guys – in films, in which any number of deaths and explosions are acceptable, so long as the muscular hero has his revenge (and, sometimes, has his woman, too; Iliadic war prizes are not a thing of the past) – even in religious language that turns spirituality into war, rosaries into weapons. Within this structure the rule is: you join the good guys, and you fight for X, or else you’re basically a bad guy. But this is a lie.

“Contact with the sword causes the same defilement whether it be through the hilt or the point.”
― Simone Weil,

We will be told, also, that pacifism is for wimps, and that to reject the battle is an act of fear, because non-violence is viewed as weakness. This, too, is a lie.

“Nonviolence is a weapon of the strong.”
― Mahatma Gandhi

Those of us who have been saying “black lives matter” say it still. The shooting of police officers by snipers at a protest in Dallas will not compel us to reject our belief that we must work through peace and love, towards justice, that there is real systemic oppression at work. Violence does not nullify this oppression – but, violence is also not the answer to oppression. The killing of peaceful officers who were standing in solidarity with protesters only minutes before the attack means that now we must add to “black lives matter” the mantra that, hitherto, has been used by those in subtle opposition to racial justice: “all lives matter.” All of these deaths were horrifying, senseless, and evil.

A friend of mine put it perfectly:

Today I am going to say ‪#‎alllivesmatter‬ because I earned that right. Last night’s shooting at Dallas was wrong, and the senseless, racist shootings that lead up to the high emotions that ledd up to those events were WRONG. The use of violence and taking of human life are wrong.

If you had nothing to say in outrage over
‪#‎altonsterling‬‪#‎philandocastile‬‪#‎tamirrice‬‪#‎Sandrabland‬‪#‎natashamckenna‬‪#‎freddiegray‬‪#‎michaelbrown‬‪#‎ericgarner‬‪#‎trayvonmartin‬ or even as far back as ‪#‎emmittill‬ ‪#‎georgestinney‬ and the list goes on, don’t you DARE start talking bullshit today about #alllivesmatter in response to the Dallas shooting. If you are outraged by senseless killing, then you were outraged by senseless killing of ALL of God’s people particularly those people named above and the ones I forgot. (Daniela De Mauro Alejandro)

Does this mean that we stand in opposition to the violent? Have we been seduced into taking sides? No: this is the real challenge of peace, to step outside the binary of “us vs them” utterly, to see even the violent as children of God, terrified, angry, confused, lashing out. What was done to them, to make them violent? Let the buck stop here, and the domino-effect of destruction end with me.

“[Nonviolence] is directed against forces of evil rather than against persons who happen to be doing the evil. It is evil that the nonviolent resister seeks to defeat, not the persons victimized by evil.”
― Martin Luther King Jr.

This may feel impossible, in a world which seems, every morning, to be disintegrating further – as though the earth were cracking under our feet, and eventually we’ll be forced to lash out simply in order to survive on our own remaining chunk of rock. To look at the news is to be newly terrified, and hopeless, and helpless. Turning away from the news to find peace may be necessary for psychological well-being, but it doesn’t change anything: if we close our eyes to what people are suffering, still the suffering goes on.

Dissolution and division beckon. But to be “church” is to be “gathered together” – to reject this dissolution. The way of Christ is a way that leads outside the secular narratives of conquest and triumph – even conquest for the sake of some good. Following Christ means stepping out of the way that leads to destruction – because, as long as we imagine that physical force will solve anything, and as long as we pin the label “EVIL” on any group of God’s created beings, that is the way of destruction.

O, Divine Master, grant that I may not so much seek to be consoled as to console; to be understood as to understand; to be loved as to love; For it is in giving that we receive; it is in pardoning that we are pardoned; it is in dying that we are born again to eternal life. (The Peace Prayer)

A rise in violence must not be taken as a cue to participate, but instead to stand more firmly for the sanctity of all life, rejecting all violence, mourning with all who mourn. May God bring them healing, and bring justice to the world.

“I have told you these things, so that in me you may have peace. In this world you will have trouble. But take heart! I have overcome the world.” John 16:33 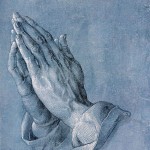 July 7, 2016
in case you do not know, or choose not to recall, what the church teaches on islam
Next Post 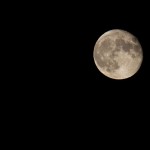 July 15, 2016 turning to religion in times of violence: why we pray
Recent Comments
0 | Leave a Comment
Browse Our Archives
Follow Us!