sexism in the olympics? you shouldn’t be surprised 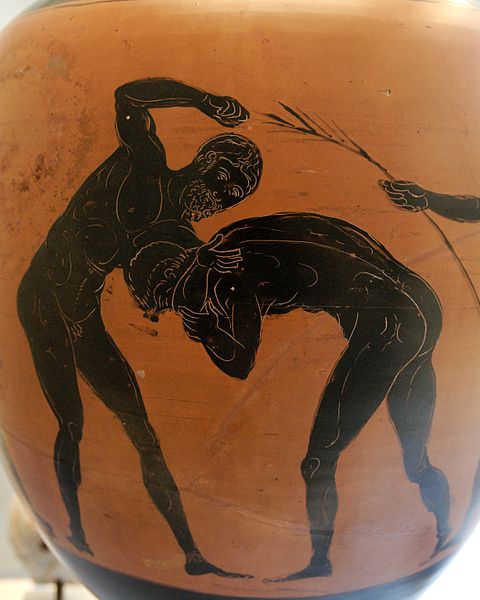 Professional and social media have been inundated with stories about sexism in the coverage of the Olympics. From the emphasis on the “sexy” opening performances, to the overshadowing of female athletes by their male counterparts, to crediting male coaches of female athletes for “creating” them, it’s evident that sexual equality is still a goal to be pursued, not an achievement to be celebrated, in this realm of star athletics.

But it would be a mistake to view this as a corruption of the pure world of sport by the unholy germ of sexism. Sexism is built into the history of sport, and not only because traditionally most athletic activities were reserved for men. In every case in which a specific practice or art has been systemically reserved for males, the exclusion of women is not simply a case of a barrier being set up protecting the exclusive from the general; male domination becomes intrinsic to the ethos of the practice or art. This is clear in, say, the world of philosophy, in which male domination in the academy today reflects an intellectual tradition in which “human person” is envisioned primarily as “male human person”, with the female human as a curious secondary. Otherwise, it would never be necessary for a philosopher who has already exhaustively explored the topic of “man” to tack on a little addendum asking whether women can be considered in the same terms.

So yes, sexism is woven into academics, medicine, politics, and business. But I would suggest that in most of these cases, the sexism is a result of segregated thinking and interaction.

Sports, however, were historically sexist not only as a result of segregation, but as a feature of their origins and intentions. Sports have their origin in militarism, and militarism is essentially sexist. This is not because women are essentially peaceful, or because men are naturally warlike, or because men are made for battle while women are made for childbirth: such essentialist assumptions are dangerous and depend on an inaccurate view of virtue as gendered, and as violence as teleological. Women may be violent indeed, and men are not made for warfare, because warfare is a condition of sin, and if it is possible to posit a personal teleology, it must be in relation to perfection, not degradation.

Sports are sexist because they are based on militarism, and militarism is sexist because military prowess is a consistent feature of every socially constructed masculine ideal. As Stan Goff writes in Borderline:

“The most transhistorically consistent and formative practice that underwrites dominator masculinity is war, acting in every society as an incubator for violence that penetrates society in every fissure. Does war-masculinity always require for its existence a subjected femininity? Or does the subjugation of women provide men with a model for the subjugation of others? In either case, we know that a subjected femininity must be despised.”

Opposition to war is linked to most feminisms, as well as to social justice and environmental movements. As Lierre Keith writes in Deep Green Resistance:

“This is why militarism is a feminist issue, why rape is an environmental issue, why environmental destruction is a peace issue. We will never dismantle misogyny as long as domination is eroticized. We will also never stop racism. Nor will we mount an effective resistance to fascism, which is the eroticization of domination and subordination–fascism is in essence a cult of masculinity. Those are all huge spin-outs from the same beginning. The result is torture, rape, genocide, and biocide.”

“Masculinity is simply a conglomeration of the personality traits necessary for the patriarchal soldier-rapist: physically strong, emotionally cauterized, rational, domineering, cruel. All of this is supposed to add up to “handsome” as well. Likewise femininity is ultimately a description of the personality that results from trauma and powerlessness: weak, passive, yielding, emotional, hyper-vigilant to the needs of the dominators and desperate for the dominator’s attention.”

It’s no accident that there is an ongoing problem with rape and rape acceptance in the world of athletics, because traditionally rape has been, as Goff points out, not an unfortunate afterthought of militarist masculinity, but inherent to it:

“A culture that defines the male as a sexual aggressor, the do-er, the taker, the subject, and the female as the done-to, the taken-from, and the object, is a culture that has defined the parameters of rape and normalized them.”

Rape and pillage are the accepted ways of penalizing a subjugating people, a penetration of the individual bodies of women, and of the body politic. And it is an error to assume that such rape is not “about” sex, but only about violence. Rape is not mere violence; it is sexual violence, and the procreative function of sex is central here, as “leaving a bastard in her belly” is the ultimate act of occupation, and to leave one’s “seed” among the subjugated is to destabilize homes and communities. Rape is seen as an acceptable way to cement and secure occupation through progeny, and a divine right of dominant armies in need of female breeding partners (as in the rape of the Sabine women). The children of the subjugated people are violently killed, to ensure that no descendants can rise to take revenge or reclaim the throne, and they are replaced by the children of the conquerors.

Our most glorious western war-epic, the Iliad, is based on an instance of rape, within a war that happened because of rape, and ended with a series of punitive rapes. Women are handed back and forth as war prizes. The Trojan War was not fought for the sake of Helen, as in some chivalric re-imagining, but for the sake of the honor of her husband, her owner. Women in a militarist society have honor only insofar as they are not spoken of, not noted, not remembered (see Pericles’ speech in The Peloponnesian War).

The Olympic Games are based on this ancient warlike culture. The games in the original Olympics were played to honor the gods, but all these games had their origin in practice of war. Funeral games were part of celebrating the death of a war hero, prowess in games honoring masculine prowess in war. And this association of sport with war carried on through gladiatorial combat in Rome, tilts and jousting in the Age of Chivalry, fencing, and finally in modern sports that have been emphasized as developing discipline, aggression, pain tolerance, and goal-orientation. Rugby in England, and football in the United States, have been encouraged politically as training grounds for warfare.

So what place do women have in this? It is impossible to ignore the reality that women are in general a little less large and strong than men, and yet it is also the case that women can perform extraordinary feats of physical prowess, some of which are more particularly suited for female frames and musculature. Women may even be better at some sports than others. And we women enjoy sports, benefit from sports. We should have a place in the world of athletics, and not just as an afterthought or a cherry on top. Women’s sports should be taken seriously, and female athletes given no less respect than their male counterparts. But we may need to reconsider how our whole approach to athletics is framed. We may need to radically deconstruct it.

The problem of sexism in sports is not that women are statistically just a tad smaller or less strong, but that sexism was already present in sports, and so women who wish to compete are often obligated to take on masculine roles and attitudes, and subjected to all sorts of criticisms which have nothing to do with their actual ability, but with the roles society considers obligatory for them (being beautiful, being interested in romance, etc).

Please note that I do not assert any clear connection between sexual identity and societal gender roles; there is nothing inherently wrong with women being what society considers “masculine” or men being what society considers “feminine” – so long as we recognize the constructed nature of these roles, and keep our emphasis on real, not made-up or gendered virtue. But when masculinity is connected with violence and domination, we need to do a careful examination of conscience. To what extent do our athletics perpetuate ideals of masculinity – for men or for women – that are dangerous or even sinful?

Massive sporting events are connected with capitalism, technology, nationalism – all of which are intimately entangled with war. Athletes as stars end up being entitled to societal privileges, including sexual privileges, which is why so many excuses for rape are made when the perpetrator is an athlete. The whole idea of bodily discipline as a mental overcoming of physical weakness implies a dualism which divorces the body from the earth – paradoxically, since sports are also all about bodies, sweat, muscle, pain, and because of the stereotype of the “dumb jock” in opposition to the heady intellectual. When we venerate athletes, we often treat them as precision machines, reducing them to mechanisms that are made for a particular physical activity. The female mechanism, by contrast, has usually been treated as a thing intended for childbearing. And because women were traditionally more associated with the physical, the ideal of subjugating the physical can easily slide into an ideal of subjugating the female.

Remember, also, that massive sports events are often times in which a majority of sex trafficking takes place.

Now, I have no desire to get rid of sports and athletics, and certainly not to reduce women’s role therein. We need games for release, and we need physical activity to maintain our physical awareness and health. Sports are fun, and physical exertion is excellent for anxiety. I wonder whether it would be possible to reorient athletics away from paradigms of war, however, and towards alternative paradigms of bodily activity – farming, for instance? Equestrian sports in particular have moved far from their original (tragic) purpose in training horses for war, and towards an understanding of riding as an art, and of a bond between horse and human – even if obsessive competetiveness is also leading to new abuses (google “rollkur” in dressage if you want to be disgusted).

Whatever the solution may be, if we are going to eliminate sexism from sports, we need to think more seriously, more ethically, about how we approach sports themselves, how we approach bodies, and what our ideal of the “athlete” entails. 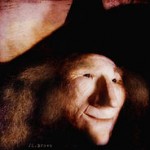 August 12, 2016
the "ugly feminist" and the christian ethos
Next Post

August 17, 2016 the guest (a poem for august)
Recent Comments
0 | Leave a Comment
Browse Our Archives
Follow Us!