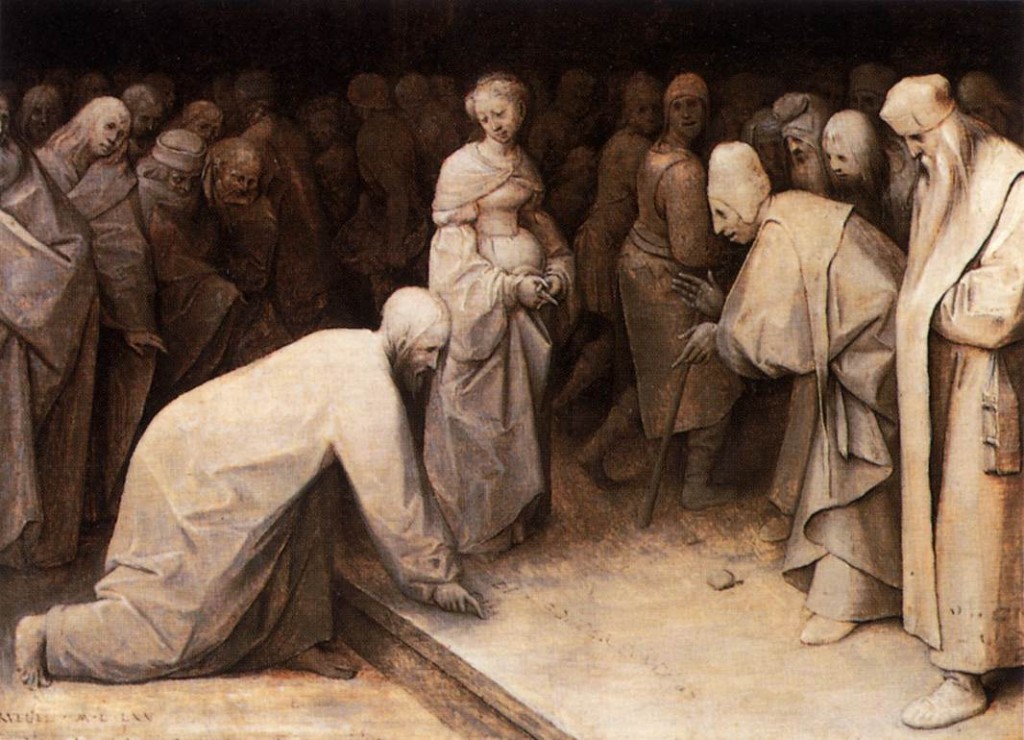 “Love the sinner, hate the sin.”

It’s an irritating statement for several reasons, well elucidated by Susan Cottrell in “Let’s Be Honest…Hate the Sin, Love the Sinner is Really Just Hate.”  Cottrell points out that not only does this statement not originate with Christ; it isn’t even compatible with the Christian tradition:

1. Jesus does not support“Hate the sin, love the sinner.” In fact, it flies in the face of everything Jesus said – like, love the sinner, period. Actually, he took away our permission to call people sinners and said, love your neighbor. Also, everyone is your neighbor. If we want to hate sin, it must be our own sin.

2. Jesus said love is the primary commandment, that if we love God and love others,we’ll automatically keep the rest of the commandments! (Do you realize how much freedom that is?) Jesus tells us several times not to judge. And he says don’t even thinkabout getting between God’s children and God. He’s really, really clear about this.

Want to know what’s even weirder?

3. Gandhi does not even support“Hate the sin, love the sinner.” Gandhi, the one who said it, does not support it. Because here’s what he actually wrote (in his 1929 autobiography). “Hate the sin and not the sinner is a precept which though easy enough to understand is rarely practiced, and that is why the poison of hatred spreads in the world.”

Ah. Gandhi is not endorsing this position but saying it’s impossible to carry off! And so it is.

The problem with trying to create a strict divide between the sinner and the sin is, as Cottrell points out, that we “get caught up in judging them.” And this is true. It is true not only of the streotypical right-wing puritanical Christian who eyes the communion line to see whether anyone’s wearing tight jeans or receiving communion unworthily. It’s true of the supposedly open-minded progressive Christian who shouts “judge not!” – but then refuses to acknowledge the humanity of those whose sins they actually do perceive as sinful. There’s nothing especially charitable or forgiving about accepting someone whose sins you don’t actually think are sinful. Genuine charity means the difficult discipline of seeing the humanity and worth even in the red-faced hollering racist, in the sneering CEO. It’s not enough to refuse to pass judgment on the girl in the tight jeans: you have to refuse to pass judgment on the person who’s judging the girl in the tight jeans.

This is not because the way of Christ is soft and mushy, but because it is not our duty to judge the hearts of others: this is left to God.

It is not because judgment is impossible, and all is uncertain: we are obligated as rational and moral creatures to judge for ourselves how to act, how to live, what sort of persons to become. This is where judgment belongs, and judgment as a faculty must be trained, rigorously, if we are to live out our vocation as beings attuned to the good.

But the problem with trying to love the sinner while hating ths sin is not only that this route leads to the wrong kind of judgment, the illicit judgment of the hearts of others: it is also, as Cottrell points out, that it involves looking at other persons as “sinners” rather than “neighbors.” The terms we use to think of others become framing devices, or perhaps a shorthand for how to perceive them. When we see another person as, primarily, a “sinner” we err in forgetting that we are sinners too. And we take the whole of the person, all his intentions and desires and longings and fears, and reduce them to one little word: sinner.

If this is our only way of envisioning the person, how can we imagine it possible to treat her as though her acts can be neatly sliced away from his or her being? Is it even possible to draw a line between “sinner” and “sin”?

The temptation in so many cases is to imagine that human sinfulness is concentrated in isolated cesspools of iniquity, and that we can maintain our own purity by distancing ourselves from these nasty evildoers. You may decide to cut out of your life everyone who is hypocritical, judgmental, racist, and sexist. This may give you a more pleasant time, true, but remember that Jesus did not cut these people out of his life. Instead, he allowed himself to be cut, wounded, murdered, so that his blood could flow not only for the poor and oppressed, but for the rich man who otherwise owuld never make it through the eye of the needle.

Or, you may imagine that you are sending a moral message to those family members in irregular relationships, that you are maintaining your special purity until the wretched sinners come around. You are not. You are not pure. You can not walk away from the sinner; because you are the sinner. By shunning the gay, the divorced, the drug-addicted, or whichever persons sin in ways that you find personally gross or less respectable, you are turning away from Christ. If you honestly think that your pristine example of snubbing and ostracizing will somehow induce people to return to the church, you are as confused about human psychology as you are about divine mercy.

Yes, there are cases in which it is legitimate to create boundaries between yourself and those who are abusive or disruptive. But in this case, you are doing this to protect yourself and your family from harm – not to keep yourself isolated in some imaginary moral purity. And I cannot even say to those who try to draw these lines: I am better than you are, because I am so loving and forgiving. I am not. I see that I should be, but I am not.

I can walk away from the sinner, but the sin I carry with me.

August 21, 2016 catholic and feminist: identity, action, and faith
Recent Comments
0 | Leave a Comment
Browse Our Archives
get the latest from
Catholic
Sign up for our newsletter
POPULAR AT PATHEOS Catholic
1