Earlier this  year I posed the possibility that our entire economic and social system, as it stands now, depends tacitly on abortion as a way of dealing with inconvenient pregnancies and unwelcome children. By “inconvenient” and “unwelcome” I mean “inconvenient and unwelcome to society.” Because many of the reasons why women end up choosing abortion have to do with conditions that exist externally to them, and which they can not personally change.

These conditions include poverty, domestic abuse, poor housing situations, inadequate medical care, grueling work hours, lack of access to affordable childcare, hostile communities. Women who are not below the poverty line, but choose abortion because of the demands of work or school, may be portrayed as selfish career-fiends, but in many cases working conditions and employer demands make it impossible for a woman to have a child and keep her job. In such cases, the choice of abortion may appear as the only alternative to sinking to the other side of the poverty line.

Much of the political spin in Washington has revolved around Republican party leadership attempts to scrap the Affordable Care Act, eliminate Title X 10% subsidy to States, drastically reduce public welfare transfer payments, block living wage proposals and circumvent immigration reforms. Their demonstrated intent is to slash and burn the federal budget (in particular, poverty reduction programs) to partially finance another trillion dollar tax transfer over ten years to the 1% and a $32 trillion dollar tax-free estate transfer over the next thirty years to their aristocratic progeny. Evasion of $19 trillion in estate and income taxes over thirty years will most probably contribute to lingering federal deficits, damage incentives to establish and fund charitable foundations, reduce the size of the life insurance industry, underfund public welfare programs (family planning, Medicaid and entitlements), increase the ranks of welfare-dependent unwed mothers and children locked in poverty and expand an abortion industry that disproportionately affects the poor. The devil is in the details. I believe that much of the party rank and file are good people duped by populist slogans, flimsy pretexts, dissimulation’s, pseudoscience, publicity stunts and idealist fantasies … hence, the unholy alliance of neoconservatives, libertarians, tea partyers and trumpsters with the pro-birth movement … pro-birth is not pro-life.

This has, for a time, posed a bit of a conundrum for those like myself who are wholly committed to a consistent life ethic as well as to women’s rights. It’s not just that we’re being invited to oppose abortion by allying ourselves with political leaders who promote every other anti-life activity in the playbook. It’s also that this approach to opposing abortion seems not to work very well. While grassroots charitable organizations and crisis pregnancy centers struggle to do their good work, the energy and capital of the mainstream movement are directed, not into funding and supporting these organizations, or creating more social safety nets and life alternatives, but instead into promoting politicians who make big promises about cutting off abortion supply, without touching on the question of why demand for abortion exists in the first place. And as Suspended in her Jar guest writer H. Lillian Vogl points out, the promises they make are convincing only due to ignorance of how the law really works.  We have to look at abortion with the presumption that most existing laws aren’t going to change very much – and this is true from both sides of the fence. It is exceedingly improbable either that Roe v. Wade will be overturned, or that the Hyde amendment will be revoked, any time soon.

Pro-life activists argue that we need to spend more money on prolife ads – but what if all our resources were directed towards providing women with the assistance they need in order to make choosing life a reasonable option?

As this piece from the Christian Science Monitor points out:

So while pro-life Americans spend millions of dollars on events geared toward making abortion illegal, there were 1.16 million women who came to the conclusion in 2009 (a figure that has steadily decreased since the 1990s) that they could not carry their child to term – many of them because of money. The money spent on the March for Life alone could pay for prenatal care for around 6,600 women, or prenatal vitamins for nearly 250,000. Even if those who participate in the March for Life were able to successfully revoke the legality of abortion in the US, or substantially limit the time in which women can obtain an abortion, statistics indicate that it wouldn’t necessarily protect the unborn. The Guttmacher Institute’s statistics show that abortion rates are higher in countries where it is illegal and procedures are often unsafe.

The mantra of many anti-abortion writers is that women choose abortion because of ignorance and greed – that these women are evil (here’s a link, but you might not want to read it, if you’re already fed up with the misogyny of the right).

But whose ignorance and greed – heirs, or society’s? Whose evil – theirs, or the materialistic system that pregnant women unless they fit a narrow ideal?

I must reiterate this statement from Germaine Greer:

But let’s suppose I’m wrong, and the writers are right. Even if this were the case, it is our obligation in social justice to try to eradicate poverty, abuse, etc – as an end in itself. We need to be a prolife society. We can’t just say “choosing life is great, women. Now go over there in that corner and choose life. Don’t expect any help from me!”

But now we are being told that in order to save the babies, we need to get into bed with Donald Trump, a self-proclaimed sexual predator. We need to stop whining about sexual assault, and save the babies. We need to ignore every other anti-life practice he stands for, forget about any other element of justice, because otherwise we are not truly prolife.

Sorry, but I respectfully return the ticket.

As an intersectional feminist, I am capable of holding in my head two distinct beliefs, and not imagining that they must necessarily undermine each other.

I believe in a woman’s right to bodily autonomy, to safety from assault, to medical care, and to the enjoyment of the same privileges that men have.

And I believe in the fundamental value and right to life of unborn humans.

I am not going to use this space to debate questions about hierarchies of rights, personhood or lack thereof, or whether “equality” is even possible. I am just going to hold these two beliefs here, together, and notice that neither of the existing mainstream movements that address abortion does sufficient justice to both.

That is why I, alongside Patheos writer and consistent life ethic defender Matthew Tyson,  founded the New Pro-Life Movement.

We believe it is possible to be committed both to the defense of women’s rights, and to the defense of unborn life, and we believe this will be better accomplished by focusing on eliminating abortion demand. We believe unjust societal structures need to be reformed for the sake of both women and babies, and that in doing this we will expend our energy more effectively than in an ongoing ideological battle with other movement leaders. While many of us are ideologically committed to opposing abortion in other ways, or to connecting our life ethic with issues such as environmentalism or veganism, and while our views on questions of female autonomy or the personhood of the unborn may differ from one person to the next, our basic focus is simply this: creating just social structures that will eliminate abortion demand.

If you’re interested in joining us, take a look at our core principles, and drop us a line.

October 20, 2016
how dare those emotional, sissified women distract us with their hysterics over sexual assault
Next Post 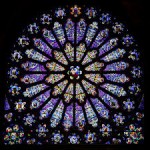 November 1, 2016 the body of christ, the body politic, and the upcoming election
Recent Comments
0 | Leave a Comment
"A very interesting piece of writing, thank you! These are essentially the reasons why I ..."
WanderingDruid The Inevitable Impotence of Male-Only “Authority”
"Oh, seriously? Then maybe you would like to explain to me how, as a woman, ..."
WanderingDruid Do Catholic Feminists Wish to Smash ..."
"Poor victim.BooHoo.Can't make everyone toe the Catholic line.Find yourself an island and make it a ..."
fractal It’s Not the Divisiveness That Is ..."
"widdle incels sure feel emasculated easily..."
fractal Do Catholic Feminists Wish to Smash ..."
Browse Our Archives
Follow Us!