all these years of yoga, and I’m still not possessed

all these years of yoga, and I’m still not possessed December 2, 2016 Rebecca Bratten Weiss 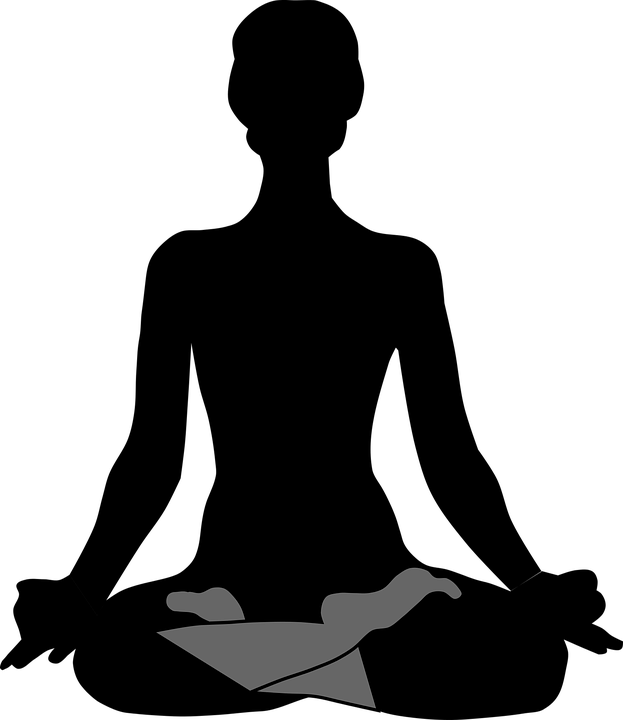 From age ten to eighteen, I lived and worked on a horse and cattle ranch. There’s a sort of macho code among western equestrians, according to which you’re not a “real” rider until you’ve been thrown seven times. Or, according to others, fourteen. Either way, I’ve got it covered. I was thrown from a horse for the first time when I was eleven; when I got my own horse, a year later, she was not only green but untouchable. Training her meant getting thrown quite a bit more. Then there was the time a very agile green pony threw me into a fence – the time a horsefly landed on the croup of my favorite gelding as we were cantering along – the time my riding instructor thought it would be good fun to run our horses after a deer we’d just sprung – the time I tried to run barrels on my mare for the first time, and it turned into a bucking bronc show.

By the time I headed off to college, my back was a mess. It wasn’t until I discovered yoga, in my late twenties, that my back problems almost entirely vanished. I use it still, as part of my workouts. It also helps me deal with anxiety, since it’s hard to get meds when you’re low-income.

And I’m still, as far as I can tell, not possessed.

The idea that yoga is demonic is one I run into too frequently, often among worried women who would love to try a new exercise, but “some priest” told them not to try yoga. These are the same circles in which mothers fret over whether or not to let their children read Harry Potter – often because someone told them “the spells are real spells” (I guess knowing basic Latin is enough to give one magical powers? No wonder the Tridentine Rite is so popular!).

Now a blog called “Women of Grace” has been sharing a video from exorcist Fr. Chad Ripperger, who says that we shouldn’t do yoga, because the poses are actually “representations of Eastern deities” – and therefore of demons. Doing yoga, he says, opens the door to possession.

I admit – I cheerfully ignore this sort of thing. It is simply theologically ludicrous. But in case you, too, are suffering from back problems and have been warned off yoga, let me lay out a few reasons why I believe practicing the poses is just fine:

First of all, yoga as typically practiced is merely a stretching exercise. Even when mental relaxation techniques are involved, they are presented as merely psychological methods – not as anything specifically religious. Most people don’t enjoy having religion foisted on them, in the gym, anyway.

Secondly, the idea that the poses “represent” deities is inaccurate. The poses, when performed as part of religious practice, are intended to condition one to a disposition of prayer. There is no intrinsic reason why this prayer could not as easily be directed to the Christian Trinity, as to any entity in the Hindu pantheon. You can choose to do a Sun Salute just for the physical benefits. Or you can do it to praise the Lord. Or both.

Third, it’s impossible for a physical pose to represent a demon, because demons don’t have bodies.

Fourth, even if they did have bodies, the idea that holding a pose which one might just as easily adopt naturally could predispose one to possession is foolish. Children fall asleep in Child’s Pose all the time (that’s why they call it Child’s Pose). Are these kids all possessed? I shudder to think of where this line of reasoning could lead….

Fifth, it is inaccurate to consider the gods of another religion as “demons.” The Catholic view is that these gods simply don’t exist. Personally, I prefer to think of them as imaginative archetypes, and to view the religious practices associated with them as part of the human longing for the transcendent.  Many Christians have found much to admire, in the wisdom and sanctity of mystics of other faiths (Thomas Merton, for instance).

Sixth, there’s a hint of western supremacy in these arguments, because the same people who dread any flirtation with the rituals of Eastern religion are usually quite happy to teach Greek and Roman mythology. And since any scriptural reference to the demonic “gods of the pagans” must have had Zeus and co in mind, why don’t these folks who denounce yoga write angry letters to the universities where we force hapless young people to read the epic tales of the Homeric demons? Corrupting the youth, indeed! Oh, and how about the origins of the Olympic Games? Many of those athletic practices were often pursued to honor the gods. You might want to send an exorcist to check on all those javelin throwers.

Seventh, since yoga is an exercise widely favored by women, there’s also a hint of sexism here. In spite of the fact that male fitness culture can be dominated by dangerous attitudes of macho supremacy, why are we only picking on the women? To refer to the Greeks again: wrestling contests were often engaged in, in honor of the gods. So why are we not telling dudes about the danger of wrestling? And why is an activity like Ultimate Fighting accepted, when it encourages violent and aggressive attitudes? How about overpaid pro sports players?

Of course, the sexism is also directed against our ubiquitously evil pants. All pants are demonic, but yoga pants especially so. To which I must respond: men, grow up! And stop objectifying us; it’s gross.

Now I do agree that any excessive openness to spiritual influence can become psychologically dangerous. I’ve seen this happen specifically in Pentecostal circles, and in the Catholic charismatic renewal. To put if bluntly: I”ve seen some weird shit. But weird shit appears to be no respecter of religious boundaries.

I think we need to be more wary of actual, objective evil, and the harmful influence thereof – and less superstitiously terrified that helpful and relaxing exercises could lead to possession by demons. We should consider whether we are being influenced by dark spiritual forces when we spread vicious gossip, create dissension in communities, refuse care to the poor, pay our laborers unjustly, act out of spiritual pride, or make excuses for our own moral sloth: because these are the real temptations towards evil that plague those of us who embark upon a spiritual life.

But what of drawing on Eastern non-Christian practices in one’s actual prayer life? Here’s what Ratzinger had to say on the matter:

The majority of the great religions which have sought union with God in prayer have also pointed out ways to achieve it. Just as “the Catholic Church rejects nothing of what is true and holy in these religions,”18 neither should these ways be rejected out of hand simply because they are not Christian. On the contrary, one can take from them what is useful so long as the Christian conception of prayer, its logic and requirements are never obscured.

That’s the Catholicism I signed up for.

December 2, 2016 the new pro life movement replies to austin ruse
Recent Comments
0 | Leave a Comment
Browse Our Archives
get the latest from
suspended in her jar
Sign up for our newsletter
POPULAR AT PATHEOS Catholic
1

Catholic
No, Flannery O'Connor Has Not Been Canceled
suspended in her jar
TRENDING AT PATHEOS Catholic