What are you doing for Mardi Gras?

In most areas of the the western world, you probably are not celebrating it with the kind of full-tilt plunge into orgiastic decadence associated with cultural celebrations of the day. And even if you are, you’re probably doing it wrong. Because Mardi Gras, Fat Tuesday, can’t be understood in its full ritual significance, or as anything other than just a day for partying, if its seen apart from a broader liturgical understanding of time and culture.

Carnivale – carne vale, farewell to meat, as it’s called in some cultures, is obviously the root of our word “carnival.” When you think of a carnival, you might think of a fun-fair, an area set apart for amusement. But carnival has another meaning. Philosopher and critic Mikhail Bakhtin famously explored the concept of the “carnivalesque” as art or speech drawing upon the ancient folk traditions of ritual license associated with special occasions. The purpose of ritual licence, in which everything but violence is permitted, and no guilt incurred – in which the usual order of things is turned upside down – is not nihilistic or destructive. It is in fact in the service of true, wholesome order –  and community.

Carnival itself is a communal action: it can’t be understood properly as a performance to be witnessed; it is a performance to be joined in. Masks and costumes are part of the ritual license, and the overturning of things, because one has the wonderful escape from being trapped in oneself, with all the tiresome rigours of ongoing identity that are forced upon us by the demands of society. There’s a connection here, perhaps, with Nietzsche’s concept of the Dionysian, in which the lines between entities become blurred. But, unlike the Dionysian, the dissolution of dominant order results not in a submersion in primordial chthonic forces, but rather, as an emergence into a realm of imaginative possibility of different orders. Political theorist Andrew Robinson explains:

Carnival is a kind of syncretic, ritualised pageantry which displays a particular perspective. It is a brief moment in which life escapes its official furrows and enacts utopian freedom. It is a form of life at once real and ideal, universal and without remainder. Its defining feature is festivity – life lived as festive. It is also sanctioned by the highest ideal aims of human existence, not by the world of practical conditions.

Carnival is also taken to provide a positive alternative vision. It is not simply a deconstruction of dominant culture, but an alternative way of living based on a pattern of play. It prefigured a humanity constructed otherwise, as a utopia of abundance and freedom. It eliminated barriers among people created by hierarchies, replacing it with a vision of mutual cooperation and equality. Individuals are also subsumed into a kind of lived collective body which is constantly renewed.

The carnivalesque is clearly an aesthetic of profound fecundity for the artist. Artists whose work could be seen as carnivalesque include Aristophanes, Petronius, Chaucer, Shakespeare, Rabelais, Swift, Dostoevsky, Joyce, and O’Connor. The carnivalesque is readily apparent – with its close cousin, the grotesque – in the paintings of Bosch.

It is also associated with activism and the desire for social justice. This is why, as Robinson points out,

Carnival has become an underpinning for activist initiatives such as the Clandestine Insurgent Rebel Clown Army, the Laboratory of the Insurrectionary Imagination and Reclaim the Streets, particularly the Carnival against Capital. The free party movement can also be seen as a reclamation of the spirit of carnival.

The carnivalesque style of activism emphasises the deconstruction of relations, including those between activists and police, to create an uncontrollable space. Such tactics can be remarkably successful in disorienting and repelling the monologists of state power.

Abby Peterson’s studies of the ethnography of militant social movements emphasise an affective structure similar to Bakhtin’s carnival. The experience of lived immediacy and joy is constructed through a movement orientation to the enacted event with no separation between actor and audience. This serves as a means to integrate movements without reference to standard techniques of master-signification, though it does require ‘action spaces’ and in many cases adversaries. Peterson echoes Bakhtin’s idea of the immediacy of activist ‘rituals’ as something distinct from theatre or spectacle. David Graeber makes similar reference to puppetry and creativity in protets movements.

Figures of carnivalesque immediacy can also be found in authors such as Hakim Bey and Feral Faun. One can also liken Bakhtin’s view of creating new combinations with Situationist practices of derive and detournement.

Similar strategies can also be seen in social movements such as La Ruta Pacifica, who use techniques of ‘social weaving’ to recompose a sense of empowerment against the fear caused by civil war and state terror. Much of the state’s power is based on anxiety. The Bakhtinian hypothesis is that anxiety can be neutralised through joyous experiences of collective festivity.

These occasions strip power of its performed mystification, breaking into its ideological reproduction. They show its contingency by exposing it to ridicule and distortion. And they create a sense of counter-power through the permanence of the creative force of becoming, counterposed to the fixed order of being. It doesn’t so much confront state power as render it irrelevant and ineffectual.

A Christian view of social justice is one which looks to the transcendent both for a pattern of justice, and in longing for a justice we recognize is ultimately, no matter what we do, beyond the reach of finite, human, and flawed forces. But, contrary to the claims of those who scorn social justice and shrug that “the poor will always be with us,” our commitment to justice must also be immediate, immanent, right here on earth.

“On earth as it is in heaven” is, when you think about it, a pretty radical statement. To pray for the reconfiguration of earth, for the will of God to be done as in heaven, is a strong challenge to the powers of this earth. It is fitting, then, that in our liturgical year of prayer and fasting and feasting, one day be given to the principle of the carnivalesque, the disruption of the calcified orders that tie us down and bind us. Celebration of this day should involve feasting, and play, and art – and this celebration stands in direct opposition to the worldly orders that seek to confine and limit the possibilities of human community, Christian community. This is a day of political implications, in a divinely comedic sense. 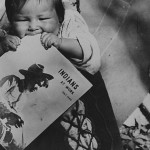 February 27, 2017
talking to my child about privilege
Next Post

Catholic
Yes, This Is Who We Are: The United...
suspended in her jar
TRENDING AT PATHEOS Catholic