how should a christian respond to milo? 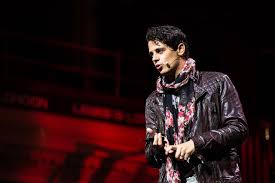 First of all, it must be stated that the opinions of Milo Yiannopoulis, insofar as they are even opinions and not shoutable memes or clickbait, are not compatible with the beliefs of an orthodox Catholic. I’m not saying you can’t be Catholic and be a Milo fan (if you’re baptized Catholic, you’re Catholic): I’m simply saying, if you are mysteriously attempting to do this thing, you’re either confused or heterodox.

So defending Milo’s beliefs, sexist and racist as they are, is not an option. IN fact, talking about them at all is rather boring, since they’re not on the level of actual challenging philosophical arguments that one could enjoy digging into. But because the Alt Right has seduced the imaginations of so many of my own faith, I keep having to talk about this. One of these days I’ll get around to challenging some more subtle opponents (I have a fun response to the “Famous Violinist Argument,” that I need to get out there, if we could just go back to the old days).

If you have regularly attacked and marginalized and mocked celibate, orthodox Catholics who identify as gay, and now concoct defenses for this one token gay man, because he says things you want to hear, the message you are sending is this: “yeah, I actually do loathe gay people, but I’ll make allowances for this one because he mocks social justice, and demeans minority groups, and hates Muslims, and insults feminists.” Which translates to “I oppose the church on four different points, which I am going to pretend don’t exist, because I read far-right bloggers instead of actual magisterial documents.” Actually, now that I think of it, five points: the church teaches that homosexuals are to be treated with love and respect.

And now that it has come out that Milo has spoken positively about pedophilic relationships, defending him reinforces the prejudice that Catholics give aid and comfort to pedophiles. Public Catholics have a special responsibility in this regard, because if you are a known writer, or pro-life activist, or NFP promoter, people look to you especially as a representative of the church. Excusing serious violations because you think someone is on your “team”  is the last thing that you should be doing. And people are looking, and wondering: would these same excuses be made for a black or Mexican man caught saying the things Milo said? Would these excuses be made if Milo weren’t rich? Weren’t a Trump fan?

Some Milo critics have the wrong end of the stick here, arguing that while his opinions are acceptable, his sexual misdeeds render him anathema. They are missing the reality that his opinions were already anathema. Catholicism is not a team, but if it were, Milo would not be on it.

All of this being said, how should a Christian respond to Milo?

First of all, the idea of giving any particular person a moral pass because they are idologically approved (even though Milo isn’t) should be questioned. This is for two reasons. First, we must never make special excuses and rationalizations for sins committed by one of “our own,” because this smacks of tribalism and relativism. Second, even when recognizing the reality of sin, we must never attempt to cut anyone off from divine mercy. So in a sense, everyone should get a pass – and no one.

But those of us who are politically independent, pro-life Catholics, committed to social justice as the church decrees, must resist the temptation to wallow in schadenfreude over the expose of Milo’s misdeeds, and the ensuing kerfluffle. It’s very easy for us to demonize our opposition to the point of dehumanizing them. Even the idea of an “internet troll” suggests an inhuman monster, the kind you can kill in fantasy stories, without remorse. Our image of the loser guy in his mom’s basement drooling over porn and proliferating memes is a kid of contemporary avatar of the loutish thick-headed beast crouching in a cave chewing a leg of mutton. This isn’t even a worthy enemy, we feel: this is just something to be killed.

What Milo’s defenders keep bringing up – and which we troll-slayers need to remember – is that this is a deeply troubled, deeply wounded human being. His provocations arise from spiritual emptiness, which is why his approach is all attack and mockery – nothing of substance in it, nothing for a conservative to want to conserve. But what those who claim to support him need to remember is that if they are sincere in making this diagnosis of a troubled, wounded man, the last thing in the world that he needs is a platform for the continuation of his self-destructive antics, his construction of a glittering, empty image. Just as if it were true that Trump was repentant, he should have apologized and departed from public life for a period of penance – so, similarly, if Milo is wounded, what he needs is therapy, healing, to forgive and be forgiven. A lengthy retreat is what he needs – not a speaking tour.

If his fans really care about him, from a Christian perspective, this is what they should be suggesting. Not buying his books. Not making excuses for him. And if we who believe in mercy as well as justice are sincere in our claims, we need to be praying for Milo the person, even as we continue to denounce the views espoused by the public persona.

February 16, 2017
how can we counter the anti-semitism of right-wing reactionaries?
Next Post 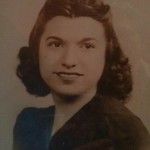 February 22, 2017 genetic testing and hereditary disease: some gifts we can not control
Recent Comments
0 | Leave a Comment
Browse Our Archives
Follow Us!