about those “other” NFP families

about those “other” NFP families March 14, 2017 Rebecca Bratten Weiss 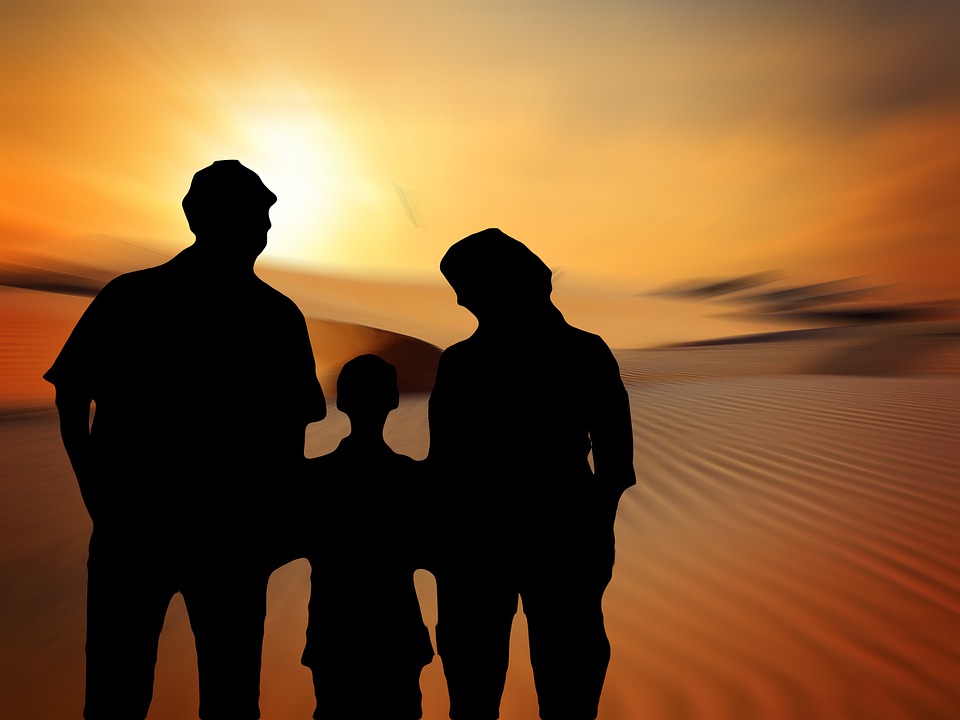 “I have only three children.”

Every time I have said this – or a variation on this – in conversation, something within me revolts against the statement. Why “only” three? Is there some deficiency in my family? Are my three children, wonderful and unique human beings as they are, somehow insufficient to make up the proper quota? Am I supposed to be apologizing for something? Am I supposed to be sad?

And yet, conversations keep happening, in which it somehow makes sense for me to say this: whether about vehicle size, or homeschooling demands, or arranging chores. There’s a rising recognition of the reality that some Catholics have small families due to fertility issues, that we need to be respectful of their sorrows. And this is true. But what about those of us who have “small” families (by Catholic homeschooling standards) and are totally fine with this? I am not suffering with the pain of infertility. I am not sad not to have more children. And I am not the only one who feels this way. But we’re not supposed to admit it.

Part of the problem is that unless you have a child every two years or so, people begin to eye you with that beady “is she using contraception?” glitter. Now, aside from the extreme impropriety of relative strangers wondering about my sex life (the dirty dogs!), this suspicious attitude is particularly painful for those Catholic couples who do deal with infertility. The last thing they need is nosy amateur inquisitors poking into their pelvic business.

For those of us who use NFP (or natural fertility management, as I prefer to call it) to regulate family size, the judgmentalism is not so much painful as it is infuriating. We are following church teaching, thank you very much. It’s irritating even to have to proclaim it.

While the church fully endorses the use of natural regulatory methods, there is an unspoken idea, among both Catholics and non-Catholics, that NFP is only allowed because it doesn’t “work.” Even stating that one has made it work to regulate family size can bring forth cries of “how dare you undermine years of NFP teaching!” I am pretty sure NFP instructors are not trotting about teaching everyone to chart temperatures and cervical mucus just because its so personally rewarding. But the prejudice still stands. Especially among well-off middle-class women who have never dealt with real poverty, or lack of access to health care, or needed to work outside the home in order simply to survive, and who apparently have far too much time on their hands cruising about on Facebook irritating people.

Since sometimes we smaller-family Catholics don’t feel as welcome to talk about our experiences with NFP, there is only one stereotypical image of the Official Catholic NFP family, and it invariably involves a giant van.  I drive a thirteen-year-old VW stationwagon, myself, and the financial burden of upgrading is one of many reasons why having another child would be dificult for us right now (other reasons include a history of debilitating prenatal as well as post-partum depression, no hope of maternal leave paid or unpaid, and now the possibility of having no further access to maternal medical coverage. And by the way, it’s ridiculous that I had to share these private details lest I be swarmed by the inquisitors).

This is not to knock the big-van families, many of whom are absolutely delightful – nor to imply that parents of larger families have less right to speak about NFP.  But Catholic families really do come in many shapes and sizes, and the voices of we “other” NFP families be heard. This is especially important because if we have only one public image of “NFP family”, the image with the giant van, many who need to make NFP work for them to limit family size or defer pregnancy will think that this is impossible. I would like to say that, for me, it has been possible. Not easy, but definitely possible. And in many respects, even, rewarding.

And here are a few statements from others who use NFP, and do not have large families. All names have been changed to protect privacy:

Joseph: Well, to keep a long story very very short: we’re Catholics with a hippie bent, so the idea of chemicals never attracted my wife. Over the years, the periods of abstinence were trying at times. That has to be said. Rewarding lately certainly: after (or at onset of) menopause, things are much more predictable. We wanted more children at first but then moving to a place where neither of us had extended family and both of us working at least part time — this was trying. So we stayed at 2 kids. That’s it in a nutshell really!

Elizabeth: We use NFP because two of our three living children have spina bifida, and we just lost our daughter to a fatal heart defect (she also had spina bifida.) also three miscarriages. So. Something is clearly not ok with us or me, though no one knows what. Our youngest son is so involved, with trach and ventilator, that he has in-home nursing care. More pregnancies and losses, we can’t handle that. And a child born with birth defects, we would be quite stretched to care for (our daughter was a beautiful surprise). Our oldest has SB and was born before our second anniversary. So we’ve pretty much had to use NFP for almost all of our 13 1/2 years of marriage. It kind of sucks a lot. It feels like we’ve never really been free. Because we haven’t.

Melissa: Our use of NFP is probably not for the most “Catholically Correct” reasons. I have a very consistently inconsistent body. When I was younger, my Estrogen and Progesterone levels were switched. Most of my doctors said the likelihood of my conceiving was small, and the possibility of me miscarrying large. I was put on “the pill” to normalize my levels and keep me from the physical effects of having this type of hormonal imbalance. When I was nearing 30, I, being the chicken that I am did not want to risk stroke and also decided that if we were going to have a child, it was “now or never.” After coming off the pill and having my first and only child, my hormones returned to their reversed roles very slowly. NFP was extra precaution that most likely wasn’t needed, but as we had decided that I’m not the type of mom that can handle a passel O’ kids, it was best that we take this extra step. In the past 10 years, my body has decided to do its consistently inconsistent thing. Now, as if to make up for lost time, I ovulate sometimes 2x in a cycle, maybe even 3x. Who knows what’s going to happen when – it’s a guessing game as my charts look like a roller coaster from Busch Gardens. Neither the sympto-thermal or Creighton can handle this reality. Added to this, my “ever the good Catholic boy” husband insists we stick with the church sanctioned methodology – which, unfortunately means we are now going on year 2 without having relations. I think in my entire life, I’ve had maybe 2 years at best of normal cycles.

Rose: I just got diagnosed with OCD after a recent miscarriage that sent my OCD symptoms through the roof. Pregnancy had exacerbated them badly enough, and the miscarriage made them even worse. It got hard to take the car out driving without having certain obsessions–what if I kill somebody by mistake? What if I hit somebody? What if somebody comes down the street the wrong way? That sort of thing. I”m practicing NFP for as long as necessary, while I get therapy and possibly medication to handle the obsessions, because I can’t really handle the idea of going through that again. My one son is almost two.

These, and other couples, are making NFP work. Sometimes for very serious life-threatening reasons, indeed. And it would be a mistake to ignore the reality that the demands of NFP can sometimes add a whole new level of stress to a marriage. Especially during times of poverty, when you’ve had to cut out all the usual luxuries (movies, restaurants, date night, family outings) – having to eschew sex is an added burden. In marriages where the brunt of NFP charting falls on the woman, she ends up finding herself abstinence-policing, always the one saying “no.” Since sexual desire tends to be heightened during fertile periods, so the “no” always seems to come at the worst times.

There are also, of course, many benefits to natural fertility management, and my choice to use it goes beyond my obedience to magisterial dictates, as I wrote about in another post.

But, because NFP is something we feel we have to market and promote, the voices of those for whom NFP has been unpleasant and unworkable are often silenced.  Women in Theology did a series of pieces providing the stories of women for whom NFP was not everything they were told it would be. I strongly encourage readers to check out their stories, because our conversations about sexual morality and Catholic family life need to take into account the wide range of experiences different families have had, even if their stories don’t fit the accepted narrative, and pose for us new pastoral challenges.

And when you see that family with “only” two or three kids in mass, don’t give them the beady eye. They may be experiencing fertility issues, yes, and if they are it’s none of your business. Or they may just not be the kind of NFP family you expected to see. 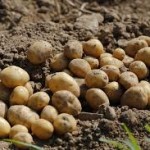 March 18, 2017 the feast of st. patrick, potato famine, and the consequences of injustice
Recent Comments
0 | Leave a Comment
Browse Our Archives
get the latest from
suspended in her jar
Sign up for our newsletter
POPULAR AT PATHEOS Catholic
1

WHAT IS 'SPIRITUALITY OF PLACE'?
The kingdom of heaven is like a treasure buried in a...