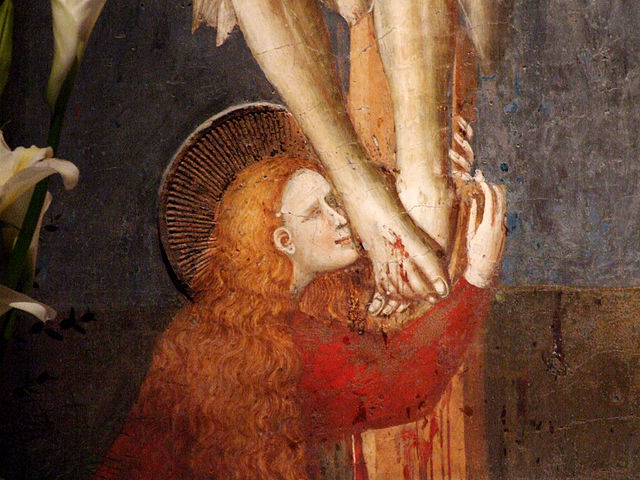 The story of Mary Magdalene as a repentant prostitute – a woman who was really bad, and then really good – is familiar to most of us. It’s been enshrined both in Catholic commentary, and popular representations. And, at face value, it’s a great story. She who loved greatly but wrongly learned to love greatly and rightly. Her devotion to Christ was deep, the story goes, because of the depth of the iniquity for which she was forgiven. It’s a hagiography that’s intended to give comfort to us all.

The problem is, it’s a hagiography that is largely contrived, with no evidence in scripture.

Writing for the Washington Post, Petula Dvorak points out that our common view of Mary Magdalene entails a reduction to sex-object status:

Here’s who Mary Magdalene was: one of Jesus Christ’s original followers, the last to stay with him while he was nailed to the cross and, Christians believe, the first to see his empty tomb and his resurrection.

Here’s who she wasn’t: a reformed or forgiven prostitute.

Yet on Easter Sunday, Christianity’s holiest day, that’s exactly how she will be described in some sermons and how she continues to be portrayed in much of popular culture.

The woman dubbed in the Bible the “Apostle of the Apostles” has spent two millennia being reduced to a seductress. In some ways, Mary Magdalene’s story is the story of modern women everywhere.

Dvorak goes on to describe the efforts of the Junia Project, which is seeking to re-educate the Christian community and the public in general:

Gail Wallace, one of the co-founders of the Junia Project, hates the way Mary Magdalene gets maligned.

“For me, the bottom line is that we are fed up with the way women’s stories in the Bible have been retold in a way that sexualizes them unnecessarily and in ways that aren’t supported by the biblical texts,” she said.

Biblical scholars and historians have been trying to make the same point for decades. The Catholic Church acknowledged and tried to correct the widespread misperception in 1969.

But somewhere along the telephone game that is Christian history, the prostitute label stuck.

“Women looking to the Bible for inspiration already have limited choices of female role models,” wrote Chicago nun and professor Barbara Bowe, before her death in 2010. “When we suddenly cut Mary Magdalene off at the knees and turn her into some kind of evil sex pervert, we deprive men and women, but especially women, of a figure with whom they can identify.”

Reading Dvorak’s piece, I found most of it familiar, because I have conversed before, with feminist theologians, about the problematic and historically inaccurate way in which Mary Magdalene’s role in the Gospels ends up being undermined, ignored, or misinterpreted.  Prior to these conversations, I had a kind of affection for Mary Magdalene because I was drawn to the idea that one who loved greatly and wrongly could, in fact, be searching for religious truth. What I failed to note was a) I was reading Bible stories through an interpretive lens of questionable value; b) I was missing all the other things Mary Magdalene did.

The actual origin of the Great Sinner story is not found in scripture, but in a sermon by Pope Gregory the Great, in 591, in which he argued:

“We believe that this woman [Mary Magdalen] is Luke’s female sinner, the woman John calls Mary, and that Mary from whom Mark says seven demons were cast out.”

Pope Gregory’s error was officially corrected in the 1969 edition of the Roman missal, which clarifies that the sinful woman was in fact Mary of Bethany, but few seem to have taken notice.

And, for many who have, Gregory’s slander has been cast in the form of a political conspiracy to cover up the actual importance of Mary Magdalene in Jesus’ life. The scandalous secret, according to this theory, is one with which we are all too familiar, post-Da Vinci Code: that Mary was actually Jesus’ wife.

However, is the “Jesus’ wife” theory really all that much of a vindication? While it certainly clears Mary’s reputation, morally, it still succumbs to a perspective which is unable to view women other than sexually. If Mary was important to Jesus, she must have been bound to him maritally and sexually: that’s the presupposition here. As though she couldn’t have been valued as a spiritual companion, a trustworthy friend, a courageous witness.

Both the prostitute legend and the wife theory reduce Mary to her sexuality. And so, it is especially important that we emphasize her genuine role as a disciple during Jesus’ ministry and the life of the church. From the Bible we know that she was one of several women who followed Jesus, ministering to him and – because Jesus defied precepts about religious instruction being confined to men – learning from him. We know that she, unlike most of the male disciples, did not flee when Jesus was crucified, but remained close by, weeping. We know that she waited at the tomb, and was the first to receive the good news of resurrection, the first to behold the risen Christ – though, of course, the Apostles refused to believe her. This is often viewed as misogyny, but I am inclined to think that they simply had trouble accepting this declaration of the impossible. They’d seen Jesus die: how could he live again? I suspect that the Apostles, instructed as they were by Jesus, were a lot further removed from misogyny than other men of their day; the early church certainly suggests that a much greater level of egalitarianism was practiced then, compared with the church centuries later (once the misogyny had crept back in).

Tradition about the life of Mary Magdalene would seem to confirm that she was valued by the men who worked with her. She traveled with them, preaching the Gospel to no less than the emperor Tiberias, to whom she went carrying an egg as a symbol of resurrection. The emperor replied that a man could no more rise from the dead than the egg she was holding could turn red – and of course, the egg immediately turned red.

(This is quite possibly the origin of our custom of coloring Easter eggs, so maybe we should have our Easter baskets delivered by St. Mary, instead of by a giant terrifying bunny?).

This tradition is far more rich and interesting than the idea that she was either a prostitute or Jesus’ wife.

However, noble as may be the efforts to restore a more accurate idea about Mary Magdalene, there is something problematic in the language used by those in the Junia Project and elsewhere: as though it were impossible for us to revere Mary as a great saint and witness, if she ever had been a sex worker. This seems to confirm the sexist prejudices latent in the original mis-telling: that the worst sin possible is sexual sin, if done by a woman. As though Jesus’ forgiveness of a repentant prostitute were somehow more momentous than his forgiveness of a cheating tax collector – or, indeed, of the very men who put him to death. There’s still something of the “don’t go there” mentality, when approaching female sexuality, and this is especially troubling in the idea that a prostitute could be referred to as “some evil sex pervert” – in Gail Wallace’s words. Most prostitutes don’t get into sex work because they are evil perverts, and this was probably even more true in Jesus’ day. And referring even to women who choose sex work as “evil perverts” is just as hyper-sexualizing and depersonalizing as the “slander” against St. Mary.

Also, what does this say about Mary of Bethany, if it turns out that she was sexually licentious before she came to sit at the feet of Christ?

If we’re going to tell the story of Mary Magdalene properly, it’s important to remember that there’s no reason why she couldn’t easily have been a promiscuous sex-fiend – or a down-trodden sex worker – prior to becoming the Apostle to the Apostles. It’s just that, what she was before is not really the point of the story of her faith in and witness to the resurrected Christ. 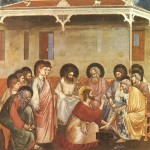 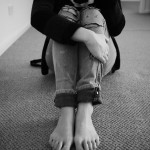 April 19, 2017 who's listening when we talk about abortion?
Recent Comments
0 | Leave a Comment
Browse Our Archives
Related posts from suspended in her jar