A Pro-Life Feminist Perspective on Breastfeeding and Fetishism

JoAnna Wahlund, in her article “Breastfeeding is Not Immodest,” in Catholic Stand, argues that it is not:

…breastfeeding is entirely modest and appropriate. It glorifies God’s creation and the way He designed our bodies to function. The sole source of nourishment for an infant is usually his mother’s breasts, and if Catholics strive to ostracize or persecute a mother for feeding her baby in the way that God designed her to do, they are not respecting the dignity of mother and baby.

Of course, some are sure to respond that because men can be aroused by the sight of breasts it is incumbent on nursing mothers to cover up. According to this view, some allowances may be made for mothers of especially wiggly babies, but in general, they argue, it is the responsibility of women to protect the virtue of men by wearing the correct bras and shirts, and always having a blanket handy.

The presupposition here is that breasts are intrinsically sexual, and that heterosexual men can’t be expected not to see them without the danger of temptation. We can’t just de-sexualize breasts, they point out.

And they are right – though not, perhaps, for the reasons they imagine.

The reality is that bodies are sexual, but sexuality in the most immediate sense has to do with one’s own personal being, not with how one presents or displays oneself. Pop-theological ideas about modesty tend to presuppose that “sexual” means “sexual object,” and that there is some set of lines drawn on the body, around “sexual” and “not sexual” parts.

This is a kind of fetishism of sexuality, which wrests it from its right locus as a complex of experiences distributed across the whole of the person, body and mind, and rooted in personal self-ownership, the depth of personal being which mirrors a sort of infinity. Sexuality, in this sense, remains always somewhat a little bit beyond the view of the beholder. This is why the truly erotic (as opposed to pornographic) gaze understands that simply to look is not to possess, that to possess is in fact impossible, that desire for unity with the beloved will in some mysterious way always remain incompletely fulfilled.

But the pornographic, fetishizing gaze misses this. And because breasts are intensely fetishized in our culture, they are regarded not as parts of the whole person, but as depersonalized objects. It could be argued that an object-fetishism to which most of the female body was once subjected (ankles, even ears, once needing to be covered) is now largely concentrated in the female breast. Men, whose nipples nerve no biological function, are permitted to go shirtless. Women, for whom shirtlessness could render breastfeeding easier, are not.

Because of this hyper-concentration of sexual fetishism that others opponents of public breastfeeding, less concerned with modesty, say they just “don’t want to see it.” In their view, breastfeeding is one of those bodily functions that they’d rather have happen behind closed doors. I once even heard a man make the comparison to urinating: “what do you think would happen to me if I whipped it out and started pissing in public? I’d be arrested for indecency”- as though peeing were exactly like feeding someone.

Perhaps the discomfort here is in the reminder that the breast is not reducible to a sexual object, and that it has a function in the relation between mother and child which excludes and denies the possessive, objectifying gaze?

I note that in both cases, male preference is taken as prior to the fundamental needs of the nursing infant. I think we can all join in a massive eye-roll at the fellows who just “don’t want to see it,” because it reminds them of peeing, or that they aren’t in control of female sexuality, or something.

But what about the need to protect men from the temptation to lust (especially if society is conditioning them to do so)?

It is also not fair nor just to place the burden of protecting others from their own lustful impulses on the shoulders of breastfeeding mothers. If a man sees a woman nursing her baby, that is a good thing; it shows him that breasts are not mere sexual playthings, but have a good and useful purpose outside the context of sexual foreplay.

If a man becomes lustful or aroused by the sight of a breastfeeding mother engaging in a perfectly normal, natural, and appropriate act, it is his duty and responsibility to avert his eyes or otherwise remove himself from the situation, rather than shame a mother for the act of using the equipment God gave her to feed her child. In this instance, the sin against modesty belongs to the man, not to the woman, and no woman should be punished or shamed for it.

This seems clear. The responsibility for the act lies with the one who commits the act. The act of breastfeeding? Loving and wholesome. No shame there. The act of treating a person as a sexual commodity? Sinful. Go to confession. Stop blaming the woman.

And yet, people seem to think that we place some impossible expectation on men and boys, when we refuse to place the guilt on nursing mothers. In our hyper-sexualized culture, how will we protect our teenage sons, etc etc etc?

As one commenter pointed out:

…if our poor Catholic brothers in Christ are so visually stimulated, and it’s just how they’re wired, explain male doctors, male nurses, male first responders – they run the gamut from atheist porn users to champions of the faith & yet I’ve never yet (in 20 years of giving medical care) seen a single one distracted by a nude woman even when they’re required by duty to touch her. The difference is that those men – even the non-religious- understand that nude and naked are not the same, and that their responsibility is to see person, not body part. The same thing happens on nude beaches / these men are seeing actual naked women, some lovely, and yet managing to keep their bodies under control. They know it’s not their business to look, and they manage accordingly. This weak line about how tempted Christian men are is emasculating. Instead of reminding them that they’re valiant protectors and that this starts with their minds and bodies, we tell them that if they feel a brief natural period of response because they glimpse a breast, they’re helpless and the harlot is responsible. call your men – your sons and your husbands and your boyfriends – on to greater things!

It’s true. It’s possible for men to rise above this infantile sexual amorality. They do it all the time, and they’re not even necessarily moral heroes. It’s simply maturity. So it’s time to stop acting as though men are so morally weak that the well-being and happiness of a nursing baby has to become secondary to protecting male sexual virtue. This is demeaning to men, unjust to women, and especially harmful to babies. A genuinely pro-life culture will always be welcoming to women caring for their children – whether with breast or bottle – and not fuss about whether they’re doing so “modestly” or not.

June 1, 2017
With the Paris Accord, Listen to our Popes - Not Trump
Next Post 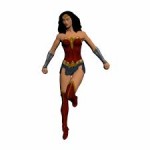