Join us in the Revolution of Tenderness

No, I am not going to address that absurd LifeSite article smearing me, nor the recent changes in my employment status. That would involve descending to levels lower than I care to go, given what passes for journalism in Catholic tabloids, and what passes for scholarship among those who actually think Lolita should not be taught in college classes (a fantasy also sustained in the Islamic Republic of Iran: see Azar Nafisi).

I will only share this quotation from one of my most beloved novels, T.H. White’s The Once and Future King, because it captures what I have experienced as a scholar since I first encountered Aristotle in my teens, and how I have sustained myself in the many years afterwards:

“The best thing for being sad,” replied Merlin, beginning to puff and blow, “is to learn something. That’s the only thing that never fails. You may grow old and trembling in your anatomies, you may lie awake at night listening to the disorder of your veins, you may miss your only love, you may see the world about you devastated by evil lunatics, or know your honour trampled in the sewers of baser minds. There is only one thing for it then — to learn. Learn why the world wags and what wags it. That is the only thing which the mind can never exhaust, never alienate, never be tortured by, never fear or distrust, and never dream of regretting. Learning is the only thing for you. Look what a lot of things there are to learn.”

This also ties in with the work I am doing right now, which is what I want to talk about.

Earlier this year I was given the opportunity to help my friend Suzanne Lewis in her work with Revolution of Tenderness, a non-profit that organizes cultural events and puts forth publications emphasizing education and encounter in community:

Our mission is to offer cultural, religious, and educational events and publications inspired by our tireless openness to all that is lovely and good; convinced, moreover, that human freedom only flourishes within a tenacious faithfulness to communion, our programming always seeks out and privileges unity in ourselves, within our world, and in our community.

Our Festival of Friendship last year was held in Steubenville, and focused on the theme “You Are a Good For Me.” At the Festival, I had the joy of participating in a panel discussion on friendship in literature, with a special focus on unlikely companionships in children’s literature. Unlikely companionship is a theme that is dear to me, one that appears in many of my favorite stories, from Canterbury Tales to The Wind in the Willows to A Song of Ice And Fire. When friendships and alliances arise in unexpected places, it is an instance of grace – grace that shocks, but not with the disturbing shock that we see in the art of the grotesque, though of course both are the same grace.

At the heart of the Catholic vision is unity, after all, not fragmentation. Movements that encourage unity, that build bridges and plant gardens, arise out of the gift of Christ, whereas those who create divisions and cast out the Other are driven by something very different.

Our Festival of Friendship this year will be held at Synod Hall in Pittsburgh. Our theme is “Claim Your Inheritance If You Want To Own it.”  Highlights will include an exhibit on the paintings of Millet, and another on the development of science in Medieval Europe. There will be free concerts by Chatham Baroque, and Traditional Appalachian Music of SW Pennsylvania. Panel discussions with be on care for refugees, stopping human trafficking, our technological inheritance, and Catechesis of the Good Shepherd. I will be participating on a panel discussion and poetry reading with several other poets and writers, including award-winning poet Ewa Chrusciel and Sick Pilgrim co-founder Jessica Mesman Griffith.

Friday, September 29, the day before the Festival opens, I am organizing a small literary gathering that will, I hope, be the first of many.

My emphasis as a writer, reader, and scholar of literature has long been to re-orient the study of texts towards the immediacy of experience, the literary work as a testimony to encounter: with the muse, with the Holy Spirit – with the Other – with the Real. With this in mind, I have tried to bring together diverse presenters: scholars at the beginning of their careers, writers with extensive publication, poets, songwriters.

I believe literature is by its very nature interdisciplinary, and creates a space in which the diverse pursuits of wisdom, in different disciplines, can meet: unity in the midst of fragmentation. In the past, in classroom discussions, I have found that entering into the literary space becomes a movement of both freedom and safety, where readers who live, otherwise, in separate worlds discover a shared world, even shared loves. This is the unity that our Revolution wants to foster. It is a unity that operates without fear of “the world” or hatred of anything different or challenging, but instead expands in eagerness, in hunger for understanding and increase of love.

Whether you are a scholar committed to the classical pursuits of truth and beauty, or an activist devoted to justice and equality, ultimately you are committed to the same good – the light of which, as Plato writes in the Republic, shines on all.

I invite you to join us in our Revolution.

If you are interested in our arts journal, Convivium, here is a link to order. Our second issue is coming very soon!

You can register for our literary gathering, The Etymology of Convivium, here.

Our conference will include literary papers on eros in Aristophanes, Flannery O’Connor’s non-physical community, and the theology of the risen Christ in the works of Charles Williams. We will have a presentation on the Medieval project of translating ancient scientific texts. Musical duo The Stapletons will perform some of their pieces, and discuss the practice of songwriting as an exploration of history. Poetic collaborators the George Sandinistas will discuss the importance of community for women writers.

Our keynote address, by writer and Sick Pilgrim co-founder Jessica Mesman Griffith, will be on “Keeping Company with the Weird: Caryll Houselander and the Inheritance of Divine Eccentricity.”

The conference will overflow into the Festival on Saturday, and close with a set of poetry readings, and a panel discussion with writers Jessica Mesman Griffith, Rebecca Bratten Weiss, Ewa Chrusciel, Jonathan Ryan, Elisabeth Beasley Kramp, and Stephen Kramp.

September 8, 2017
"Fine Folks" and the Banality of Evil
Next Post 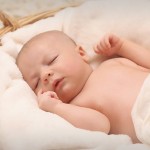